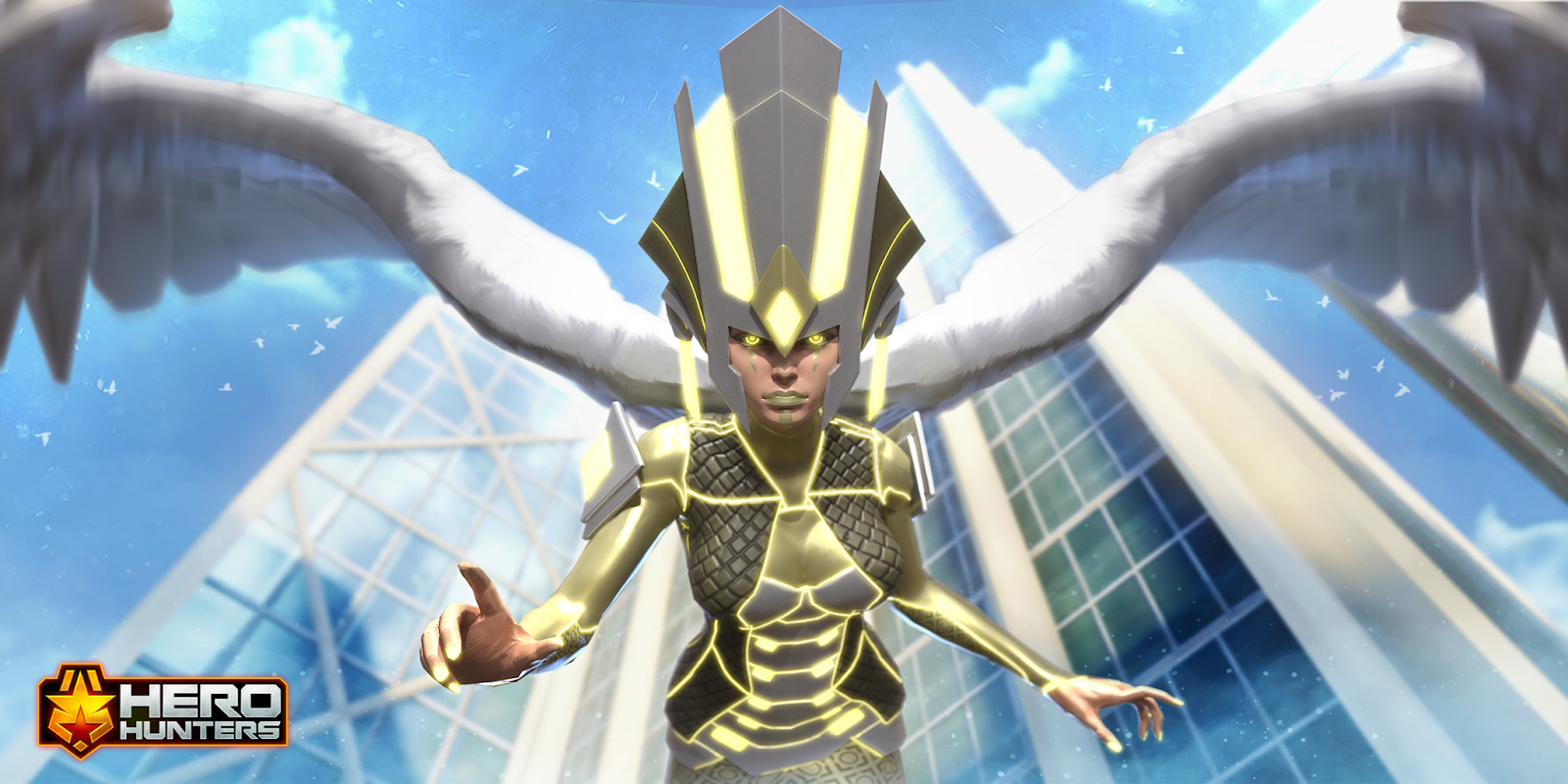 An oft-retold tale is one of the alliance between Magnus and a graceful entity named “Valkyrie”. Described in myth as a vengeful spirit who judges the living, her judgment is binary. If worthy, she lends you aid, and if unworthy… she destroys you in your entirety. Magnus was described as an entity that brings order to ruin, they came to know each other well. When at each other’s side, the stories describe them as an unstoppable duo, slaying the most powerful creatures.

In one such tale, it is said that Magnus saved Valkyrie from certain defeat. Feeling indebted to someone she considered both her friend and savior, she gave him the biggest treasure that she had in her possession, an item called the Chosen’s idol. Through it, Magnus can always call upon her, should he ever require assistance.

This remained a myth until one fateful day Magnus and his ship docked at the Shoreman harbor.

Everyone knows that Magnus’ goal is to bring order to the Shormen tribes, and to establish them as a strong independent faction. Yet as he struggled to overcome the fierce resistance that some provided, it was clear that he was in dire need of help. Calling upon Valkyrie, his summons were answered, and she came to his aid, bent on judging every soul in the vicinity. She is no longer a myth.

Valkyrie The Vengeful Goddess is the newest 5* Hero to join the battle.

Vengeance is best served astral! Channel the Goddess’ wrath and crush your enemies.

Valkyrie unleashes her grace which shields her, absorbing damage, lasting until it is destroyed. The process sends a blinding light from her wings towards all enemies on the battlefield, which causes:

Reactivating the ability refreshes its effects. Every 25 level ups of this ability increases all durations by 1 second.

Valkyrie dashes forward and impales her target with her wings, dealing elemental damage.

If the enemies are Stunned when they get hit by Judgment, they will additionally be afflicted by Guilty of Rage for a few seconds, which makes all healing they receive also damage them for a percentage of the healing amount.

If the enemies are Disoriented when they get hit by Judgment, they will additionally be afflicted by Guilty of Hubris for a few seconds, which will root them and deal elemental damage per second.

If the enemies are Silenced when they get hit by Judgment, they will additionally be afflicted by Guilty of Desire for a few seconds. Every time the afflicted enemies cast an ability, a small explosion will burst, dealing elemental damage to them and everyone in their close proximity.

Every 20 level ups of this ability increases all durations by 1 second.

Additionally, all damage done from Valkyrie against enemies with a negative debuff heals Valkyrie for a percentage of the damage she deals.

The percentage increases up to 35% by leveling up the ability.

The first time Valkyrie takes lethal damage, she gains the effect of [Astral Vengeance] for a few seconds. When Astral Vengeance is active, her HP cannot go below 1 HP.

Additionally, if any enemy hero that is currently affected by Guilty of Rage, Guilty of Hubris or Guilty of Desire dies while Astral Vengeance is active, Valkyrie will restore a percentage of her maximum health.

The duration time and heal percentage increases by leveling up this ability. This ability cannot trigger more than once.

The difference between a good DPS Hero and a great DPS Hero lies in the amount of damage they can dish out. This Hero receives Elemental Attack Damage bonus, as well as a 30% Skill Charge bonus for their Bronze Skill.

How can I get Valkyrie?

Valkyrie will be available in Crates and through Co-op Raids!

Not another astral hero. Smh

Now now, theory time.
If Magnus brings order and Valkyrie is on between, this means there is another force totally dedicated to chaos and destruction.

I call it the “DECAYDAY”

Bulls , astral and void frags better be added to heronium stores then . Otherwise this will be very inappropriate to add an astral hero to the mix.

I Agree totally for sure!

Im liking the lore for the hero. Hopefully more is done for astral and void fragments here on out, otherwise leveling up this hero won’t go well for most.

With out a way to get astral and void fragments its not a good news to hear new hero is astral or void.
New hero looks good on paper ; would have been great; if animation and look was different from isabis.
Looks like we will be getting update soon ; like how was it before; appreciate the good work

Like everyone I feel it’s the difficulty in obtaining frags for these astral and void heroes that make it hard to make you want to waste energy trying to build them. Most of them aren’t even worth the effort, but she does sound fantastic on paper.

Any discussions at Deca about raising level cap?
100 has been the cap for 2 years now.

Again I say, someone complete this meme for me,
Top; astral
Middle; void
Bottom; the entire forged fansaty game,

Hmm, got any ideas for the bottom then? (Cyphons gold ability??)

What if there comes a day where many heroes experience changes due to an unexpected force altering them, making them stronger? What if the meta changes overall and everyone has to adjust to the new hunterverse order?

We’re aware of the situation with astral and void frags. This will be a more prevalent topic of discussion as time goes by. No worries, I will make sure to remind often.

I see your point about the levelling. Thanks!

Thank you! We are doing our best to improve with each and every release. This might be the final ff hero we see. I have already seen some of the next ones. Can’t wait to spoil something!