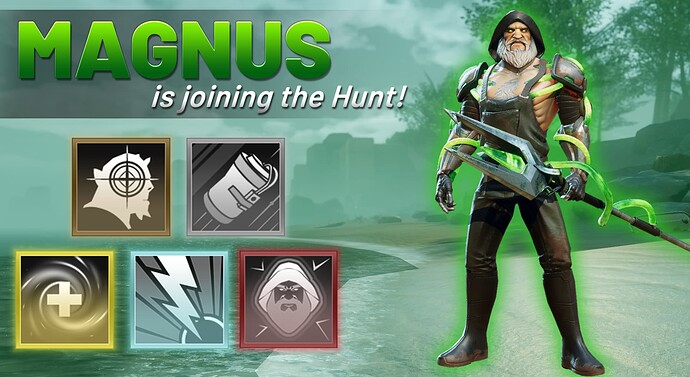 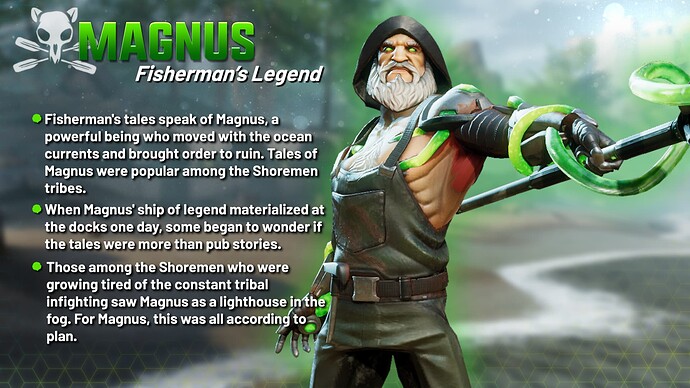 Magnus, the “Fisherman’s Legend”, and our latest 7 star Hero, joins the Hunt! Harnessing the forces of nature, Magnus controls the battlefield by rooting and stunning, while also providing heals for his team.

For every shot hit, this Hero gains three stacks of Ocean’s Blessing.

Magnus launches a charged shot in a large target area. Targets caught in the blast receive Elemental Damage and are Rooted and Stunned for 5 seconds.

If an ally Hero is below 50% health, Magnus consumes a stack of Ocean’s Blessing to heal that Hero. This ability can only trigger once per Hero, every 0.5 seconds.

This Hero is invincible for the first 7 seconds of the match and receives increased attack speed.

How can I get Magnus?! 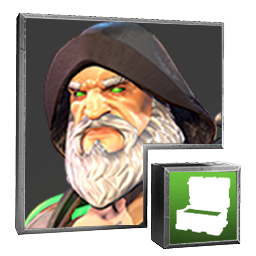 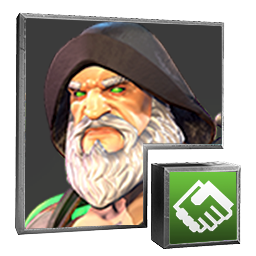 Magnus will be available in Crates, through Co-op Raids, and through an Urgent Mission Event!

What do you think of Magnus? Let us know in the replies!

I’m guessing it’s a 7 star because of the ruby skill. I love the damage = healing capabilities concept

does that 7 seconds improve or does that stay the same as they are leveled up?

folks are gonna panic about that one

The duration does increase as the skill is leveled up, up to a max of 12 seconds

oh damn. so he sounds like a must have in later levels in terms of power and survivability

i hope to get him

Does invincibility include immunity from stunning also?

I really like the abilities, seems like a nice addition to the large roster of the game. I know I sound like a broken record, but still not a fan of the reused FF animations…

Yes a new shoremen hero. Super excited. Also excited that the shoremen are getting a 7 star hero.

He looks awesome. Looking forward to getting him.
Since he has a customized ruby skill. It wouldn’t hurt to give Pris. Salvatore and Hideo. Who are the only midlines without ‘doing damage’
Since they need it the most

Basically he is like a Halo/Kiyoshi on big steroids. Interesting!

His skills are easy to understand and I think he’s great. I would pair him with Kunoichi.

A True Badass!! Thank you!!

Can you make a character whose ability to make invisible enemy visible and mark it?

How much time will it take to come or release ? when new update version of game come?