Vision is perhaps our greatest strength… it has kept us alive to the power and continuity of thought through the centuries, it makes us peer into the future and lends shape to the unknown.
The richest robot in the world.
He made a mountain of money selling illegal weapons indiscriminately to anyone who passed in front of him.

Bronze: King Midas - invests the enemy with a jet of melted gold causing elemental damage over time.
After that, the target will continue to suffer more slight damage that will increase over time until his death.

Silver: Trust Bought - throws a bundle of money at an enemy to bribe him and have him attack his team for 15sec.

Gold: Money Grabber - every time the hero manages to corrupt an enemy, he gets X extra health and reloads skills 10% faster.

Appearance:
It’ s basically a robot with a tuxedo.
instead of the face has a gold mask (hence the name “Gold Mask”).
He also wears a top hat, a monocle, white gloves and a red tie or a red bow tie (I don’t know which one to choose). 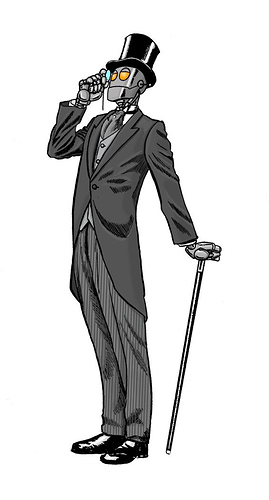 image565×1050 68.8 KB
His Weapon:
The CoinBuster is a 3-shot burst assault rifle, precise and powerful but not very fast. 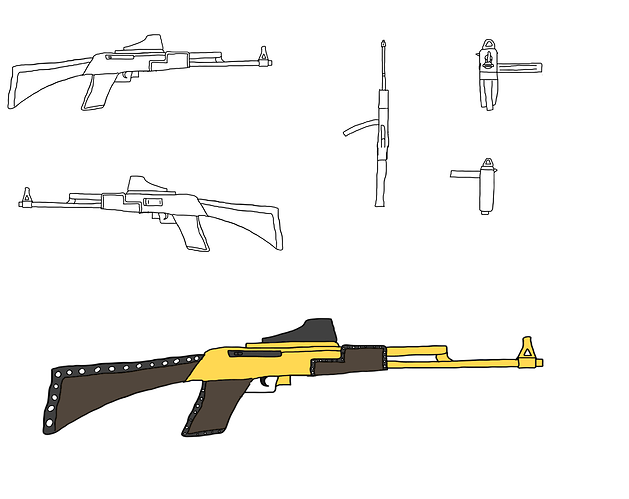 this is the best I can do il 10min

A Bit of Backstory:
He was not always a robot, before he was a “man” with questionable moral principles.
He imposed himself more or less the same treatment as Heckler, he had a robotic body built (in gold) and he had his memories “transplanted” into it.
Then he had his body of flesh destroyed in such a way that no one was able to steal it and copy its fingerprints.
And while he was there, he had another thousand robots built in case one broke.
For him spending millions is like for us when we buy a bag of candy.

His rifle is his flagship, perhaps the most expensive weapon in the world.
is made entirely of gold, with parts in black ebony wood, the metal parts are dyed in Liquid Metal Silver and set with diamonds.