Before we start:
This isn’t an original idea or a proper concept, because the character in question is based on a non-playable character already in the game.
But don’t get me wrong, this is just my version of how it could be.

ALL the images present are taken from the FanKit.
Link: http://bit.ly/HHFanKit

P.s I’ll be honest, I wanted to put the link to Rick Roll, but a very reliable source advised me not.

Support - Tank - Defender - Self-Service Booster
Elite heavy machine gunner.
With his mix of protective/offensive skills, he can break the path for his squad, protect them and massacre enemies at the same time.

Bronze: Personal Shield - loads a personal shield that can absorb up to X damage.

Silver: Mass Protection - loads a shield with X health and distributes it equally to all allies.

Gold: Overdrive - when the hero gets or donates a shield, he gets a [Overdrive] charge by increasing the rate of fire, ammunition and damage to his weapon by 10%.

Platinum: Exaggeration - once the entire team is protected by the hero’s shields, all allies will receive the same bonuses that the hero has at that time.

Appearance: is a mix between the two types of heavy soldier already present in the countryside but more massive and more protected.
the color palette varies from black to red (as in the two pictures) and some metallic dark gray notes 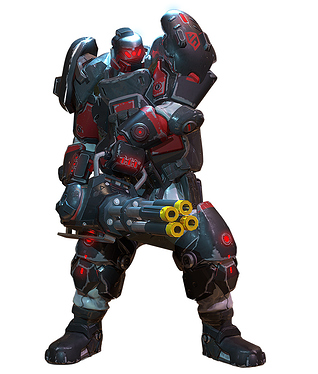 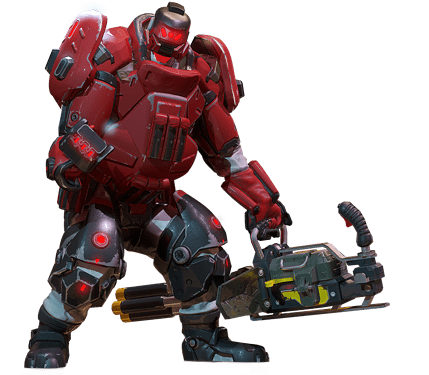 His Weapon: “Heavy Rotating Cannon” is the same machine gun that has the default character, but colored in black and decorated in red.
It has a very low rate, little ammunition and very slow reloading.
But with the power-ups given by [Overdrive] it gets much stronger.

I really do hope that the tanks join the HH roster soon in the upcoming future. The concepts I have been reading through the forums has been very inspiring.

but a very reliable source advised me not.