“It’s calling out, do you hear it? A greater purpose, a true existence, a lasting hope. Children, it’s calling to you now.” 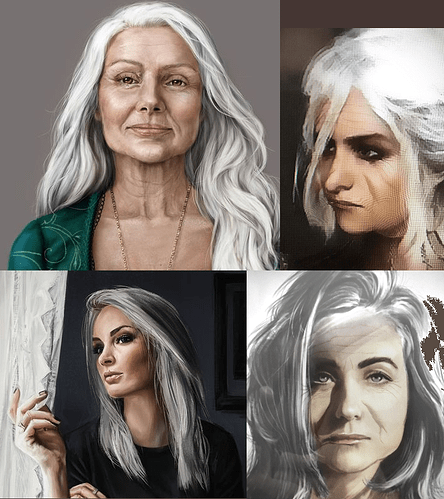 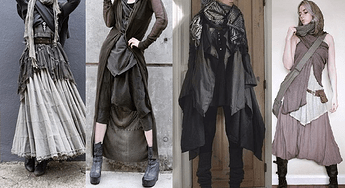 A truly enigmatic figure, the woman known as Anastasia has no known past or age. Living before the Great Catastrophe, she knows what the world was truly like, and what it could be. Few could ever comprehend that vision.

A woman in pursuit of the great beyond, Anastasia has long sought truth and enlightenment in a dark world. In her searching, she discovered the raw power of Heronium, and the potential it had to consume people with corruption and lust. However, she rejected it’s power, believing that the treasures of the physical plane were temporal and narrow-minded. It has led her to a life of self-abnegation, using the humblest of weapons to prevent conflict.

Yet, it’s a strange thing that a ghost can be such an enchanting persuader, drawing many to her personality and cause. Even staunch enemies, determined in their mission, can be swayed by her enrapturing nature, even to the point of treason.

Anastasia has been among the Rangers ever since the days of the War, harkening strangers and friends to heed the message of the inerrant, righteous Prophet. Beside her, her fellow followers carry out the teachings of the Prophet with all truthfulness and determination. One may wonder what she truly thinks of the Prophet, and what her true plans are, but one cannot deny her spirit in serving the Rangers.

So, you may choose to live in sinful, narrow-minded rebellion, or you may choose to believe in the eternal truth. Either way, the First Servant will be there to guide your choices. Let go of your ignorant ways, and give yourself to the enlightenment. It’s a Hero’s only path.

Bronze – Convert – Subtly hypnotizes an enemy, persuading them to fight for her. The targeted enemy receives an immortality shield, is Silenced, and deals 100% damage to a different random enemy for 6 seconds. If an enemy is killed by [Convert], heal this Hero by x. The shield expires once the effect ends.

Silver – Divine Call – Calling for aid, one acolyte ally spawns on the battlefield. Each ally has x health, deals x damage per second, and self-heals x once every 20 seconds. This Hero can summon up to 3 allies, after which she heals the lowest health ally, up to x health.

Gold – Ascension – The first time an allied Hero receives lethal damage, they gain [Ascension] for 7 seconds. While [Ascension] is active, the hero cannot be killed, and is able to receive healing. If the ally has health when the effect expires, they are revived with x additional health.

Platinum – Eternal Judgment - Upon this Hero’s death, all enemies take x damage per second for the remainder of the mission.

Hey guys! I’m excited to start using skill icons, which I found for free at https://game-icons.net/
I know the song comes from another game, but it’s such a good fit for the character.

Plus, we’ve been needing a grandma hero lately.
If you could leave a like and a comment, I would greatly appreciate it, thanks!

Another point I just though about, I don’t know how her plat would work with synergies, but it could be devastating with Halo. Just a thought

U guys are amazing with your ideas!

I think with the addition of Kurtz, pairing her and Halo is being the new broken meta