You must make something with PVP

Since there is no tournament till tomorrow, I was doing a little bit of sandbagging just for the LOL’s and for getting the 3 Macho fragments/acomplish the objectives (yep, this is the level of free PVP for, I’d say, 70 level player and higher). 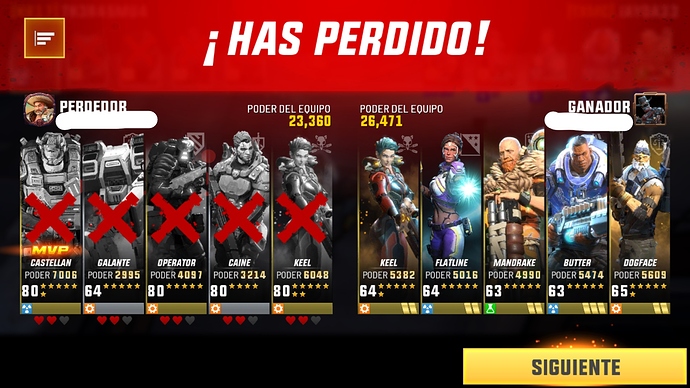 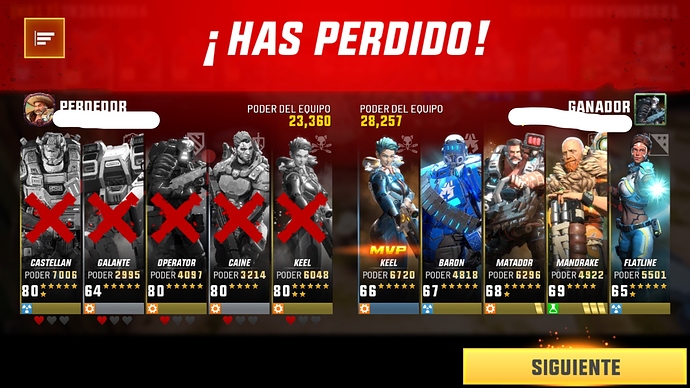 Basically, in order to be competitive in PVP, you MUST play Mandrake and Flatline. And of course, don’t forget Ifrit (Healer/Reviver), Keel (very powerfull healer once it charges), Phalanx who gives shield since the beginning of the match.

Somebody could say "Aim your fire to Flat or Keel but then you realize Mandrake will hide them or Flatline/Ifrit will revive them few seconds later, etc.

I wouldn’t be surprised if HH post PVP stats and see Mandrake/Flatline in 70-80% of PVP teams. The thing is that this have been the same since months ago.

And yes, I’m an 85 level player (not maxed) who also HAS to play this in order to have a chance to win some matches. 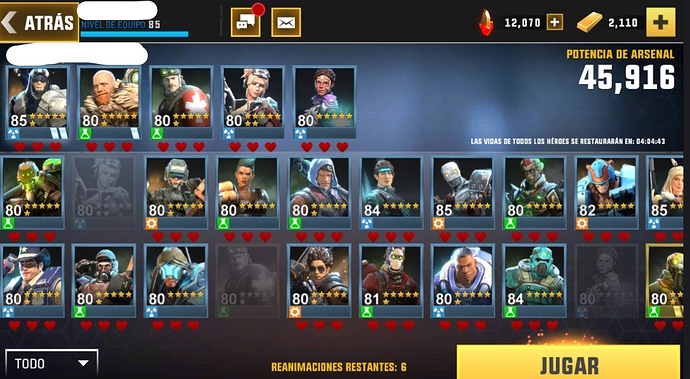 PD: I was doing some research and yep, Flatline has been in the game for almost a year and I guess Mandrake has been here for more time.

I don’t think Hero Hunters is trying to be a competitive game, not even an E-Sport but, if they want to be a serious game, they sould do balance updates more frequently and more agressive to the Meta Teams.

This is a competitive game. It only depends on your synergies. Rather than trying to ask to nerf Mandrake or Flatline, try using different team compositions. Ifrit is a good counter to Mandrake since his Showdown reveals all the invisible enemies. Also, after an update a month or two ago, Savage’s Spray and Pray can deal damage to invisible enemies and if you have a Plat Halo with you, just pair them and all hell shall break loose.

(Seriously, don’t ask for nerfs until a certain hero just wrecks the whole game like Panzer used to be and look at her now)

So much nonsense being spouted by OP…im competitive without using Flat and Mandrake.

another pvp event and so much more of the same. Nothing better than facing a team with 6-10k more power than you every time. It’s clear that the devs aren’t going to do anything to fix pvp so why hold these events?

I will never understand why people crying for nerf these this and that heroes instead of investing their time in building and testing good team builds. PvP free play is also good for finding strategies against the usual opponents like Ronin/Garbage or Mandrake/Flatline or Mauler/Halo.

Hm… Maybe this heroes really broken, lol? Your action against 10* 5 bars Ronin or same Yeager if you are regular player with regular heroes. Especially if this pure gold team.

It’s easier to complain than work at things.