• Molten formed himself with lava and rocks after a volcano had exploded on the distant planet, Mustafar.
• Nobody knows his real name, or if he even has one. Nobody knows what exactly he is. Nobody knows much about him, only that he goes by the name Molten.
• Molten went rogue and tore up a heronium factory that mutated himself, making him more powerful. 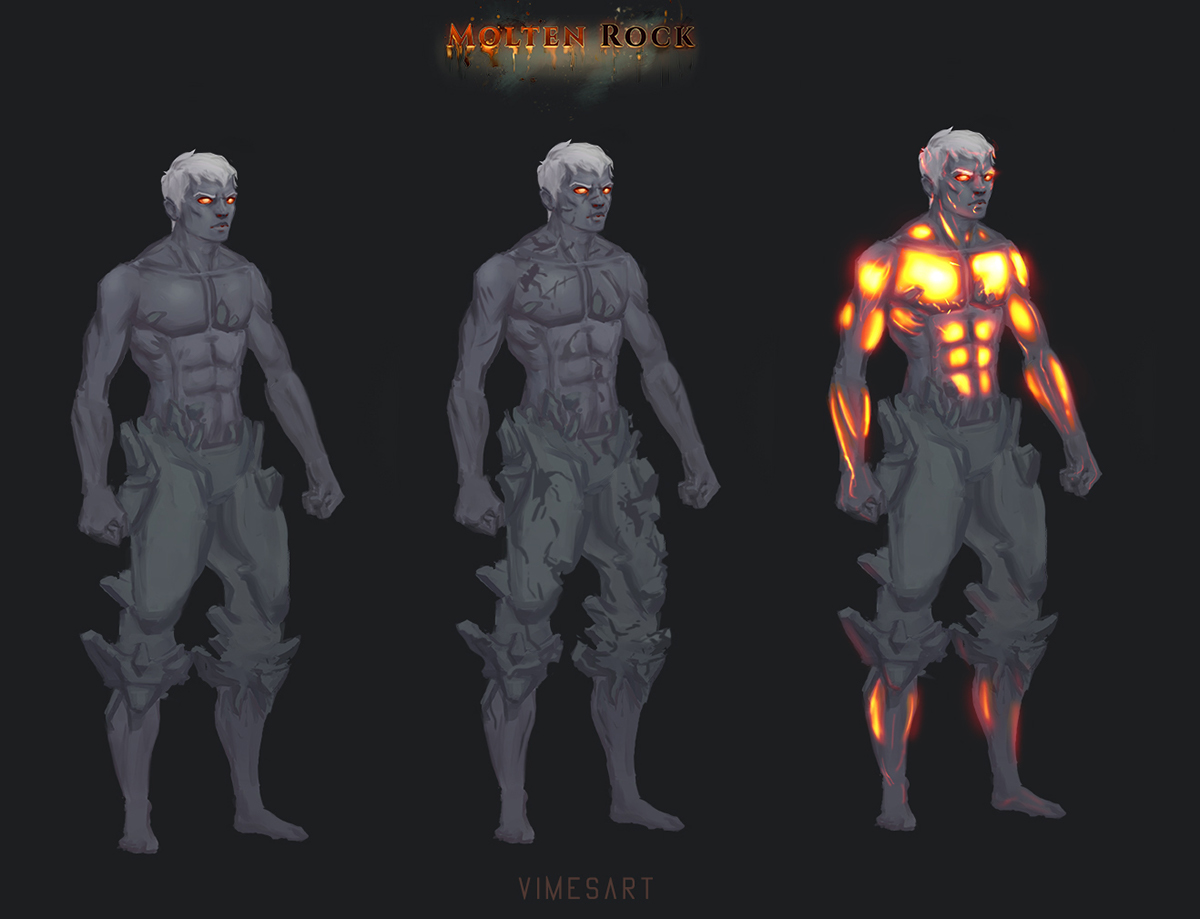 Bronze: Primal Fury - Sucks in energy around him, giving him a 25% damage buff and reducing enemy healing by 20%.

Platinum: Drawback - After using [Molten Core], enemies affected by it will be unable to gain a small portion of their health. Additionally, their skills charge 10% slower for the rest of the match.

Would be cool if he fired fireballs from his hands instead of using a weapon. These aliens are gonna dominate Hero Hunters if the keep coming like this

I did that for one of my hero concepts, Heatwave, guns just seem more realistic lol. I’ve also done kinda a magic weapon before that slowly drains enemy health. I try to mix it up, will consider it ;).

It would be cool if his gold made his gun deal small DOT and burn the enemy with every shot not just during the bronze.