How were TORQUE+MARIANAS on previous PVP tourney

June24-2020 will be held another pvp tournaments with Torque.

You can watch my previous pvp battles with Torque+Marianas on last tournament at June15-17, on my youtube channel: @oxrello

Im using various lvl of teams from bronze, silver, gold & platinum too. So,hopefully it can be your refferences to do next pvp battles. 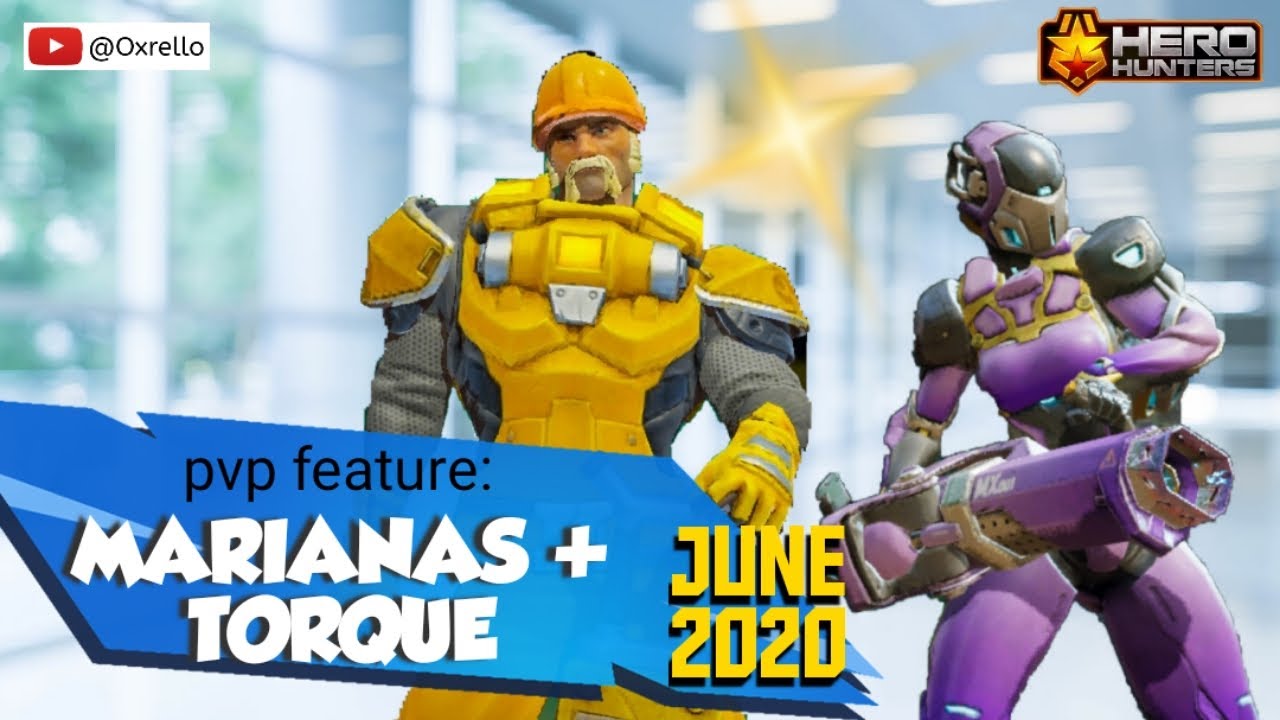 Torque is only good right now due to the huge bonus he gets if you use him and win in PVP. Other than that he is very lackluster.

I have said it in other threads, but the best way to deal with him is totally ignore him. His turrets barely heal anything, they actually heal less than Hardscope’s Drone or Nightingale’s passive platinum heal. The big armor buff and heal come when you kill a turrets. You also can avoid his silver skill by ignoring the turrets and Torque.

So if you ignore the turrets you basically make 3 of his 4 abilities worthless. The small-ish heal (13.5k per second) is barely a tickle. It needs to be increased dramatically so there is an actual choice between killing the turrets and stopping it, or letting it go and not giving the enemy a buff.

Im just offering some FUN part there, thats why Im pairing him with Butter & some heroes.
If u watch it till end, u will know the reason and the tactics.

Even Marianas in non-undead there (due to her unlimited lifes was ended last month), yet I still give her part to show-off.
Lvl 3 in bronze of her & still alive till win, is also the fun part.

Torque is a massive flop IMO. His heals are extremely minimal, he hardly does any damage… not sure what the developers were thinking w/ him. Usually hero’s come out too strong and have to be buffed… I think klayton may have him beat. Maybe if torques canisters had a “Taunt” to them?? He doesn’t gain ANY momentum as the match progresses… like someone mentioned… he can be left for last and he is no problem to take out unlike say, Castellan who can be a pain if left unchecked. Plz rework him to be a viable hero choice for pvp, being a massive tank, he should do massive shielding and healing, Taunt should definitely be added for it would make his other skills make since.

If u just see his less dmg attack, he’s not look shiny indeed. But if u see him as a big boy/tank that can be sacrificed, consider to bring him with the right teams, imo.
We have some char that able to buff team if someone is die in battle. This one is for example.

If I’m understanding you right, why have a hero you put in your team to just be sacrificed ??? Even with boost from diff hero’s Torque just doesn’t add up to being even a moderate hero IMO. His skills don’t really make since, especially for pvp. Dudes got hardly any healing juice, small shield power and certainly no pep to his shots.

90 heroes in total,bud. Come on… Only depend with fixed 5 heroes without changing at least 1 hero & wanna get win streak with them, i think its arrogant.

Even with full 5 men then 1 is die in battles, we still can get win streak actually. Dont we?