What does Toque do?

Torque watches a PvP match. That is what he can do! Hahahah

He is pretty useless.

Almost NOTHING besides weak healing and looking like a rip off of a TF2 character.

This one i gladly turn him over to Kurtz to be sacrificed lol.

The dispensers themselves should be the heroes, not torque…

With the right roster, Torque will shine! 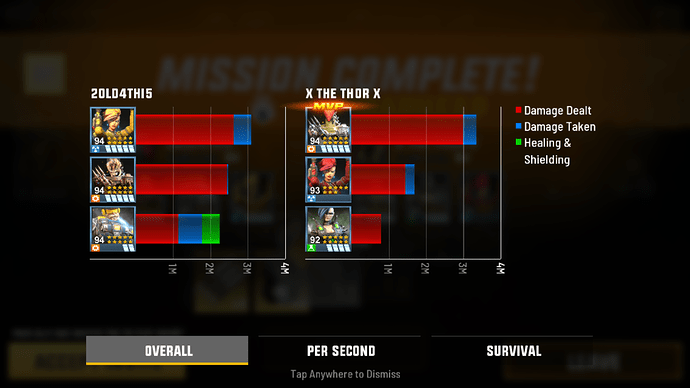 Even as moral support he struggles to really uplift my soul. Buff those dispensers.

Who doesn’t want Hulk Hogan on their pvp team

I have said it multiple times now, Torque is garbage. Just looks at his stats and it tells all the story you need.

His turrets only heal 6,600 health per second each. Two of them heal 13,200. Now compare that to Nightingale’s Stabalize that heals 13k anytime you are under 80% hp, or Hardscopes Drone that heals well over 13k. The difference is you only need to use the ability once, or not at all to get the same healing as TWO of Torque’s Drones.

Now you might say Torque’s other abilities make up for it, but consider this. For them to have ANY effect you need to actually kill the turrets or be attacking Torque. It’s much easier to just ignore them all together and shut down 3 of his 4 abilities. Let the turrets stay up and heal their measly 13k hp and then kill Torque after everyone else is dead.

I am not sure how this was such a gross overlook, but the turrets need to heal much more than they currently do. They each need at least double the healing per second to be any sort of real threat. This way it would make enemies want to actually kill them and then all of Torque’s other skills could actually come into play. As is they take too long to get out and heal too little.

Great assessment there @Deathleech , if the dispensers healing capabilities was boosted by 3X (if not 4x), then he would be important enough to be viable on the field. His other abilities are good, just make the bronze defensively hurt on the battlefield.

Haha. I can hear him screaming GO GO GO GO GO from the sidelines, guess he still has uses haha

be an embarassment to the merc fac? jk. he’s a weak frontline healer that does not excel in anything that’s for sure.

Hhh should create healers with 1 healing & 1 attacking skill. When the healer is the only 1 left alive, most of them are pretty useless as they can’t do decent damage or heal themselves.

You guys don’t know torque is a very useful hero…

@Tahmid_Rayman come on did you really forget nightingale?

Hahahaha, he’s only good at looking like Hulk Hogan. Although you can use him in patrols and wars, so not totally inept

Nope, that’s why I said most.