While the overall response to the first two seasons of Alliance Wars has been very positive, we have more improvements in store. Let’s look at some additional features coming to Wars in Season 3! 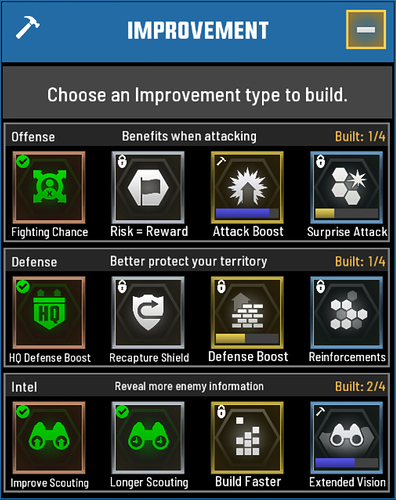 Improvements are special bonuses you can purchase for your Alliance to help gain an advantage. They come in three flavors: Offensive, Defensive, and Intel.


How to Use Improvements 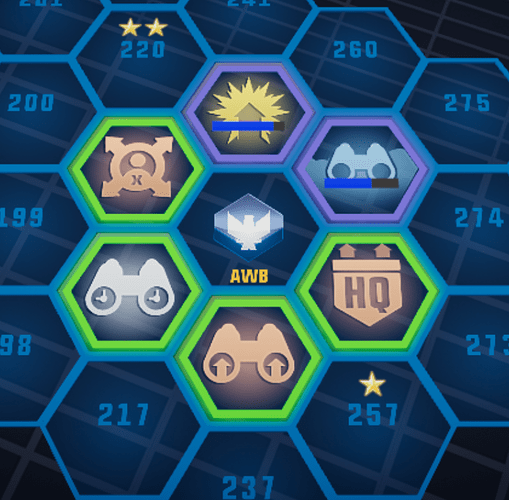 When you begin a War, all Improvements are locked. You’ll need to unlock them to take advantage of them. Only six can be active at any given time, and must be built on the Sectors adjacent to your HQ. They take some time to build, so plan accordingly!

Once you’ve unlocked an Improvement, you can replace an existing Improvement with it at no extra cost. This allows you to swap out Improvements to adapt to the changing battlefield. Improvements last until the end of a War, and must be unlocked again to be used in the next War. 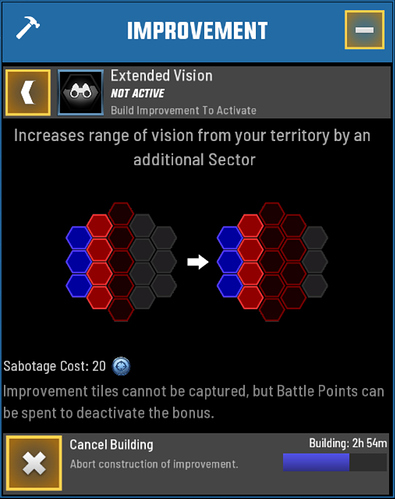 Oh, and if you manage to make it to the Sectors near your enemy’s HQ, you can spend Battle Points to Sabotage their improvements, denying them access to those bonuses!

So, Improvements sound great. But how will you pay for them?

War! Coins! What are they good for? Buying Improvements!

Every time you capture enemy Zones, you’ll receive War Coins. Your personal stash of War Coins can be used to purchase Improvements.

Can I Use Gear Items To Get More War Coins? 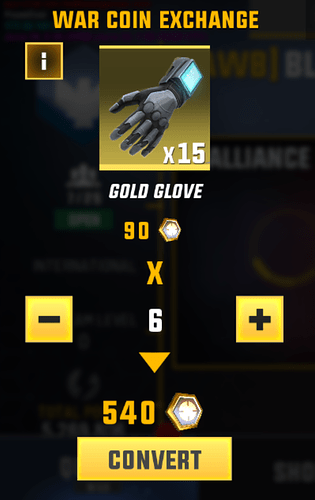 What an oddly specific question to ask! Yes, you can also convert any unwanted Gear items (not Gear Fragments, but whole Gear items) into War Coins!

Any unspent War Coins carry over to the next War, so you can maintain a balance to get a head start next time!

We feel that the addition of Improvements will add further depth and excitement to what’s become one of our most popular game modes. Let us know in the comments what you think of this new strategic layer!

We’re also going to be increasing the reward value for Season 3! Players should see higher reward payouts at each rank.

Proximity Bonuses have increased as well! Enjoy increased defense bonuses when near your HQ!

Finally, you can get rid of a million extra equipment.

Very fun! Great way to utilize all of those Gorgon Wake pieces of gear now!

If you’re on mobile, wait for all images to load. One of them shows an example of conversion!

I think you guys are over complicating an otherwise great format. With all these AW updates i keep seeing a great deal of ignoring the communication side of the game. I see add ons that only benefit the developers not the players with each update. So i say this. If you are going to keep overcomplicating AW you might want to up the communication side of the game. Communication is key for AW. Especially for the ones that are taking it seriously.
Also AW is not the core of this game. If you keep ignoring the other parts of HH you will lose a lot of your original players.

What do you define as ‘communication side of the game’?

Ohh, very punny! I love it.

Please see the edit we made!

The chat is weak. Its barely noticeable and constantly glitching. Also with AW where communication is key it becomes a hassle. Theres also no way to determine who is messaging who or what is being said. If you have players that just want to play they are not going to spend time going through all the messages. Thats when your not playing. When your playing the banners and pop ups are not constant. Sometimes they work. Sometimes i miss whole groups of messages. Ive confirmed this with my crew so im not the only one. I would also like to see a mass message system for commanders. Where it is in your mail not your chat. The mail aspect is barely used. So if something is important a commander wants everyone to know and it will have a better chance of being read. Especially considering you can only send a certain amount of chat messages in a certain amount of time.

Yes.chat is bad it’s why most use other chat apps. Thing is that dismisses the community

Seem to me the more money spent buying Gold will help your Alliance with all these extras. Overall it come down to Spend more Money to Rank higher! Imo these extras will actually kill the AW game. I mean what is the point working on your top heroes to have a boost takes it down anyway?!?

These improvements was really not necessary. What’s the point in having a top 5 if you going give the others who boost extra 10% chance of winning. I like how they say we listen you the community. Who ever asked for these lol. Just more of w cash grab

I like this a lot. Is there a date for new season?

Check the post again! Improvements, which provide bonuses, are bought with War Coins. War Coins are earned by regular play, and crafted with your extra Gear items, which according to multiple forum topics, everyone has an excess of. No gold is involved.

So your «improovment» just instant kill all mode after release.

And how about with category hoppers? Atleast Fight Club, Ukrop & F4TAL must be disqualified from rating of second war.