But I got 300 gold, Caine, lots of energy and some other stuff.
Now I also get this welcome back calendar next to my daily calendar.

But my normal paying account where I spent lots of time grinding doesn’t get a bonus for loyalty? 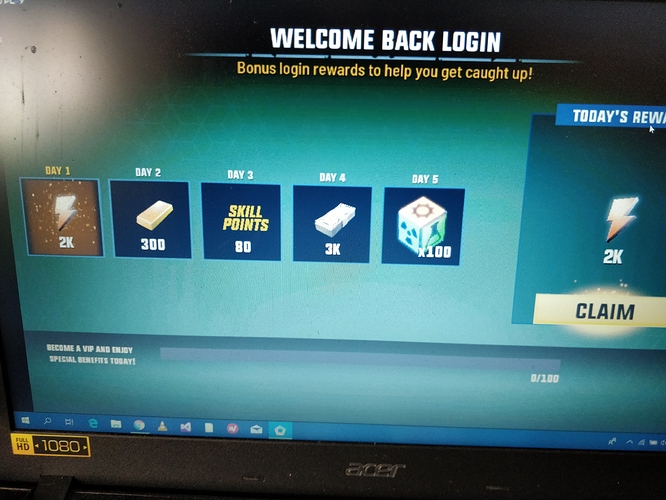 Oh, and the upgrade costs are different 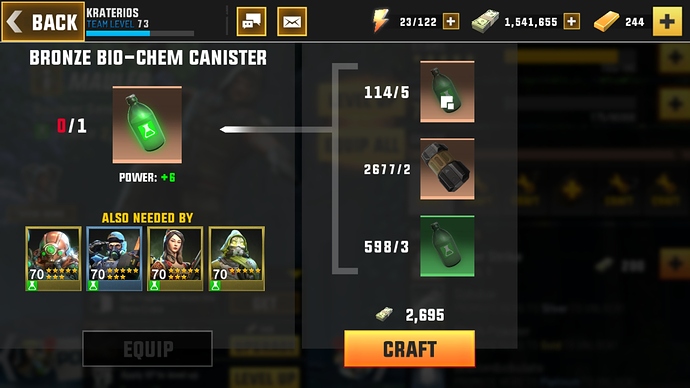 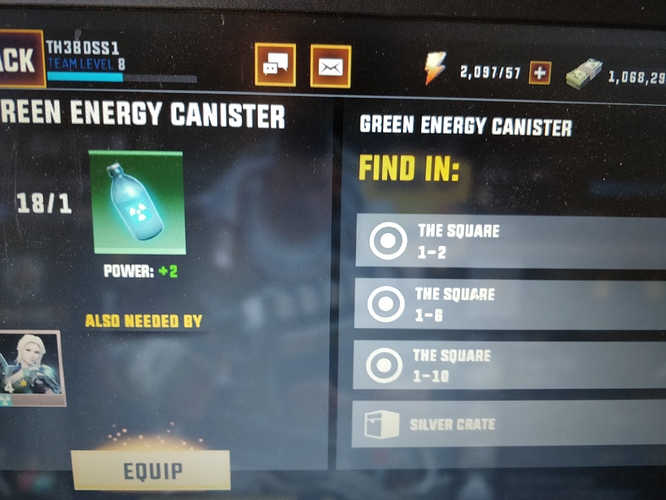 To be fair, Butter needing green canisters for bronze was like that if I recall correctly. Butter, Baron, Gale and Ryker (probably Cross too) had way easier requirements up to gold. Probably because they are starter heroes.

Could be wrong, though. It’s been a long time.

But I agree with the juicy rewards. It feels really unfair that we get nothing while they shower new players with massive gifts. Why don’t I deserve those 2000 energy? Is because I’ve been playing for longer? Because when I was new I didn’t get anything like that either. It’s frustrating and takes away a lot of my effort to be strong

Dang! Makes me want to take a break from the game for awhile, but I love it too much. @Howitzer and @Muninn why can’t we ( the everyday grinders, and money spenders) get some good rewards for our everyday loyalty?

It’s a bonus to try and help players who haven’t played in awhile, not for new players (they get other bonuses as far as I know, though not as good).

The rewards seem to be on par with what you would get in a week or less with moderate to heavy playing. For instance the 2k sta is basically a weeks worth of using sta and getting the log in bonuses, 80 skill points and 3k cash is WAY less than you would get in a week, and the 300 gold is roughly the same as if you played in a week and placed low in a PVP event or a decent PVE event was going on.

The universal frags are probably more than most people would get in a week, but that’s not saying much because they would get far more hero and elemental frags in a week from PVP, events, and doing Gauntlet and hard missions. For instance you get 15-20 heronium for hero frags just from Gauntlet at low VIP, another 9 frags from doing hard missions for a single hero, and then can buy a few frags from PVP… in a single day. The Gauntlet alone in a week would be more than the 100 universal frags you get with that offer, so I think giving 1 weeks worth of items for not logging in for a month is more than fair.

Completely agree with you on this, from what I’ve seen with this welcome back reward is that its not giving out unless the player has been gone for a considerable amount of time, maybe two+ weeks of not logging in. (most players getting this were probably gone for much longer)
It seems more like a boost for returning players who have missed a ton of new content and its a way to ease them back into the game without losing their attention the same day they try to get back into it.

Also, @Kraterios, I’m not sure what you are getting at with the mauler screenshot, but all heroes need bronze canisters for their bronze ranks EXCEPT the ones Gt mentioned above, the three starting heroes. The first mission they have access to bronze containers is well above the power level they would have at those ranks, therefore they are easier to rank through their bronze ranks.

I should have taken a picture of the other rewards I got, and you’re naming all the things you actually need to do(playing).

It was 2 weeks, I checked my log data(I use this program to test Android apps for my study)

And I might be wrong on the gear with this hero, but others posted pictures where they needed 25% of our costs…

Not to start speaking about better and different calendars

I think that these are given to accounts that haven’t logged in for a while to assist them in catching up with other players. This is more so meant to retain players coming back, not to discourage older players. From what I can tell though, it’s doing a pretty good job. I’ve seen a bunch of people with accounts 100+ days old with only like 40k power consistently playing again.

Did the calendar change just recently? I previously had a 30 day calendar of I recall and then after a previous update it went to the 10 day one. The month calendar was way better

I should have taken a picture of the other rewards I got, and you’re naming all the things you actually need to do(playing).

Ok, so you got one weeks worth of rewards after being gone at least two weeks? I still don’t see the issue. You are literally getting half what you would if you played even moderately, without any VIP. Seems totally fair to me?

Did the calendar change just recently? I previously had a 30 day calendar of I recall and then after a previous update it went to the 10 day one. The month calendar was way better

They changed that in the August update.