Putting this Game down for Good .... Why (and the Loyalty Conflict)

This is probably going to be my final major post to provide some feedback to the devs (if they wanna hear from an ex-player).

For those that do not know who I am in the game, my game ID is PoseidonDX. I was the commander of [SGB] Survivor Babies from September 2018 to Feb 2019. If you play the game at a high enough level, our name will be somewhat familiar I am sure. We’re strong in bounty, have several OP PVP players (including PVP Brawl) and do well in almost all the team events!! You guys are the BEST and I love ya’ll! Continue to stick together, stay strong and always compete for the best titles guys!

For reasons that my close friends in the game already know, I’ve retired from the game. I am leaving with good thoughts of my friends and the community … but with (I got to be honest) a growing distaste of the direction the game is taking.

Before I go into the feedback, here are some pics of what I am retiring with. I’m leaving it all behind. 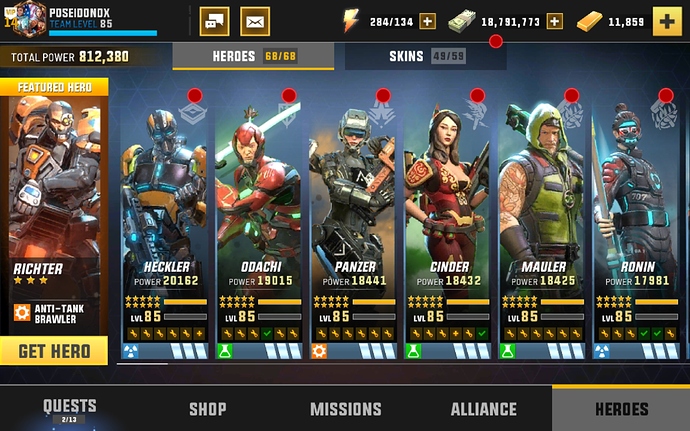 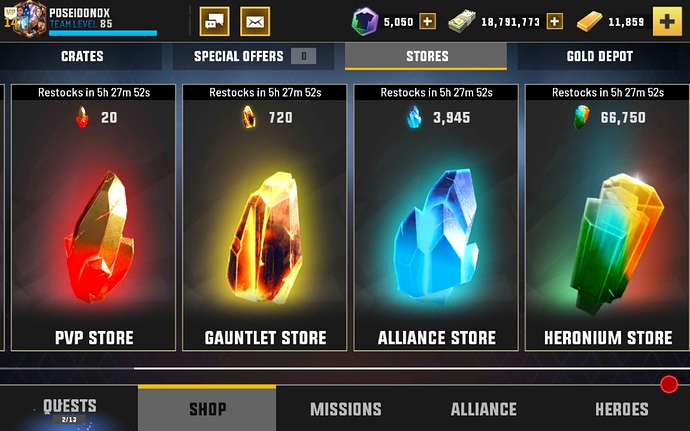 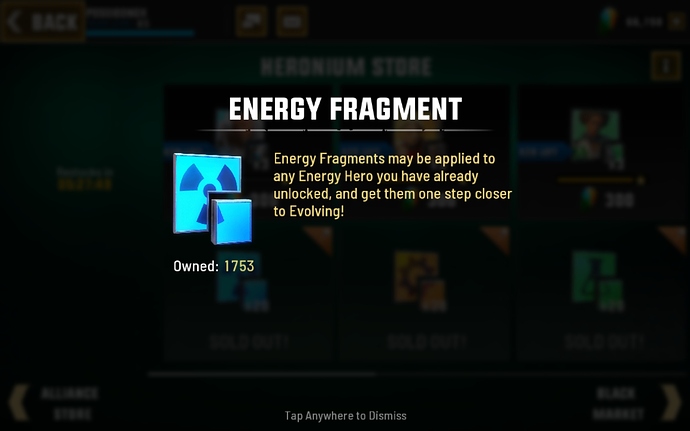 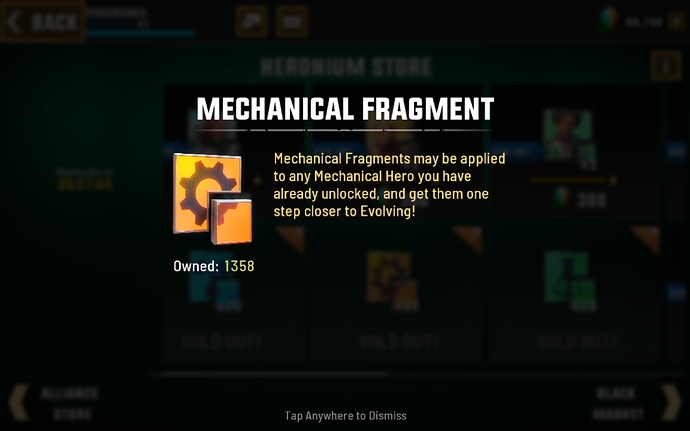 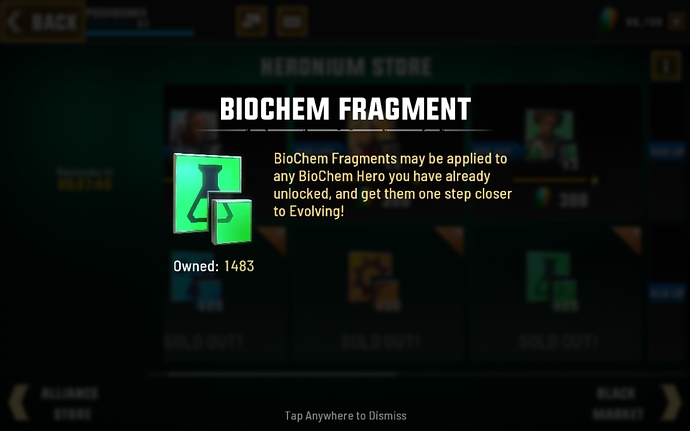 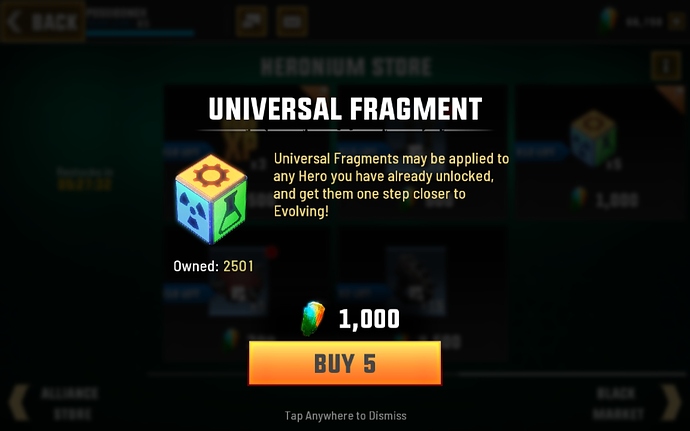 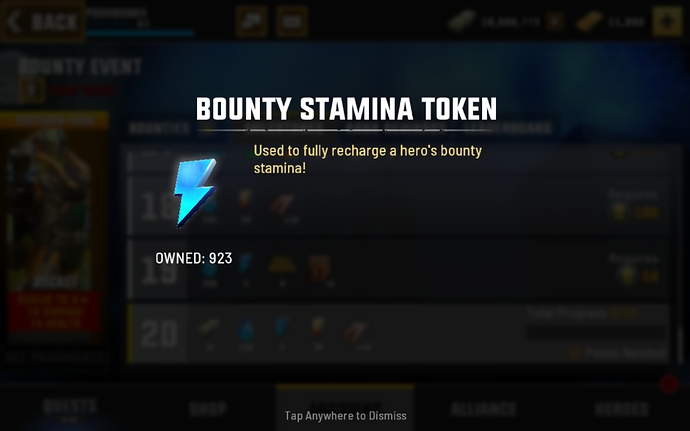 I’ve not even done Min’s simulator for the 1k gold. Maybe I will if I feel like it but… I’ll see how it goes.

Ok so here’s my feedback, I want to keep it short.

The message out there seems to be:

1. We don’t care how long you’ve played this game. There are no policies to reward you for your long commitment.

2. We honestly don’t care if you’re 700 days with us since beta, we don’t care if you’ve supported the community, etc. It simply is irrelevant. If you wanna continue playing this game near the top, you better open your wallet big.

3. We don’t care what you spent in the past to support this game. The more you spend the less value you will be getting going forward.

4. We don’t have policies to make it better for low spending or freemium players to get ahead in PVP or bounty if they put in the time, the effort, the grind etc. To excel in bounty you or at least several guys in your alliance have to buy recharges to get your scores up/carry your team. For PVP there is no way a freemium player will clock up 300 wins / 30 million points on 3 hearts per reset without gold and the bounty hero.

These are just a few of the issues that I see, and I am giving feedback purely because I think the game could do with a lot more consideration of its loyal players (who in my opinion are being disloyally treated).

I hope it works out for the guys who continue to be loyal to HH and play the game day in, day out. And who turn up, every alternate weekend, to push bounty to their limits.

I hope HH reckons this group of people who drive the cutting edge of the game and treats them loyally. The community which gives its time, its feedback, and its money to support the game both directly and indirectly.

But for me, I got to be honest and I do not feel loyalty from HH and certainly not with the recent changes. Hence, for me, given the above, there are many more things to spend my time, and money, on which provide a better overall experience.

I have read many retiring post in games I have played and have written one just like this one when a game became P2W by no limits. Its always a loss for a community of gamers when an experienced players signs-off from game.

I, being a F2P, know that perks of VIP above 10s are no good for spending unless necessary. I have even suggested some of my VIP alliance members players to spend for VIP 10 instead of Subscription Crates so they get better progression in game.

I never liked the idea for old players loosing incentives in game like Heronium. I might be newbie for playing it for 150 odd days but eventually I will become old players and won’t like this treatment. I think they are running with idea to dismiss heronium usage so people actually pay for crates with gold for new heroes rather than grind for them beforehand from elemental frags.

I utterly detest the way welcome back reward are. There can’t be possible explanations to why returning reward has Heckler. I grinded for all time to unlock him and still haven’t unlocked many of those 5* heroes. It is a joke on those who are loyal and regularly invest 5-6 hrs into game.

I live with philosophy that games should be played till they are fun and exciting. We only got one life and we all chose to give a considerable part of it to play this game. You have been playing for such intensity for long and after this - I know the feeling of liberation you will feel. Have a good life and time with people you care about.

Congratulations for leading a successful alliance and being one of prominent voices of community. I hope players and devs find your insights useful in path of growing in this game, together

I agree with you, you explain it so well that I have nothing to add. I’m the founder of FCX and I’m the head of February 2018 to January 2019, and I’m also hesitant to leave the game. I’m lucky to have gold partners who hang on to this game that I loved so much, but that becomes disgusting disloyalty, as you say

And the fact that a team leader like SGB is in this case also reassures me and makes me sad because I see the dinosaur of the game, one by one …

hope that the developer will open the eyes above.

I can confirm that you will get heckler or heimlock as welcome back reward after 2 weeks of inactivity. To top it all, you also get lots of stamina and goodies for a 5 day period after returning, including 600 gold and also 100 multicolor frags on the 5th day. It took me forever to get heimlock from a hero crate and it’s just given out like this.

While it’s a good incentive to reward your returning players, it’s sad to see how we are also not providing such value to our loyal players who play this game day in, day out.

@Sing Thank you so much for providing this information for us, I had a plan to spend some more money into this game, But after March update and now reading this thread; Nope, Im good.

This is just sad seeing such a active and loyal player’s like you leaving the game. I would probably do the same if I was you, being so loyal to game and this is what you get… Smh

I playing this game for 300 day’s and never missed one day. Done all daily quest’s, contribute in all events.
Time to reconsider my activity when with 2 weeks inactivity I can get that much benefits cuz if I play the game for 2 week’s; I will never achieve this rewards. This is ridiculous.

Also one thing that I have to mention is that the hero for the welcome back reward is as follows. The rest of the rewards including the 100 multi frags are the same

I tried the 2 weeks inacitivity thrice on my alt account.

So I never got heimlock

Dear HHG devs… this is what I am saying.

60 Kuno and 60 Cast frags per 30 days for daily players vs 185 Heckler/Heimlock frags for 14 days missing players.

Someone please post relevant pics of VP 14/15 vs VIP 8/VIP 10 deals. There are alot more inequities showing disloyalty to the high VIPs vs lower VIPs. My last purchase was the USD99 gold deal - 5.6k gold and some add-ons. The add ons in the VIP 10 deal were 3x better than my VIP 14 deal when the cost was equalised.

But the more you go, the smaller your portions become. Because the restaurant owner knows you’ll come back so they give you less. Less chicken, fewer fries, even fewer tomatoes. Less of everything and the menu price stays the same.

But the guys who come in only once in a while, they get more because the owner likes the new faces. They get the regular sized ones that you used to get.

But once they come back alot… hahahahaha they fell for it, all these suckers now get less chicken!!

Hence, for me at least… enough is enough.

Totally didn’t realize this. Think I’m gonna go inactive for a couple weeks so I can get free frags! It’s almost worth it not to play. Any chance you know if they continue to do this time over time? For instance, can. I leave for 2 weeks, come back, gets a bunch of free stuff, and then leave for two weeks, rinse and repeat? If so, that’s an awesome incentive not to play frequently!

On a side note, I hear what you’re saying. As a VIP14, it does seem as if the incentives are more geared toward less frequent or newer players.

Any chance you know if they continue to do this time over time?

I do not know the answer to this. Prior to my retirement I played several hours every day, without fail.

Likewise many 600+, 700+ days players too, playing the game day after day, without any break.

But the joke’s on us because those that were lazy and didn’t devote any time to doing this… get these great rewards.

It would be interesting to see if this is the case. Like you, I have yet to take a day off so I’m not sure either.

I am surprised they haven’t looked at the VIP rewards. I always felt like it was a slap in the face that there really is not incentive to go past VIP 10. For those of us that are 14 or 15, getting a chance to buy more cash with gold or an extra 100 quick win tickets (because the 25k I have that I can’t spend on anything else) is laughable. Don’t understand why this isn’t addressed.

From my experience, the more 2 weeks inactivity strategies you do, the less rewards you will get. I got 50 uni instead of 100, 300 golds total instead of 600 on third time.

If I stop playing for two week - I will get 165 frags of Heckler or Heimlock. While now in two weeks I grind about 180 Heimlock frags. I can now advice players that Heckler is actually farmable - just don’t play for two weeks.

I agree with Sing here. Grinding with sweat, blood, tears and what do we get? Less than those lazy players who contribute absolutely nothing to the progress and look what they got, free Heckler, Heimlock and Caine!

I grinded Heimlock frags for months, Heckler in the Hero Crate, which took me accurately 483 days from the start of my progression in the game and I worked on Caine for 1 week (technically I was busy with things so didn’t go online for a week so Caine exists in my roster).

In the bright side, the devs could have set this up for a reason. The good supplies are there due for people who went offline for long and giving out better deals for lower VIP leveled players to encourage them to buy their deals then as they progress, increase the price but reducing the amount you get back.

Goodbye PO. You’ve been a great friend and commander

So you feel the need that you deserve something? here is a cookie

You chose to go down this path