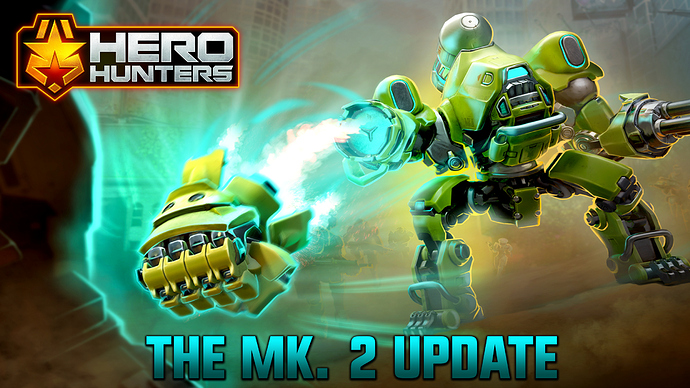 The MK.2 Update is COMING SOON! 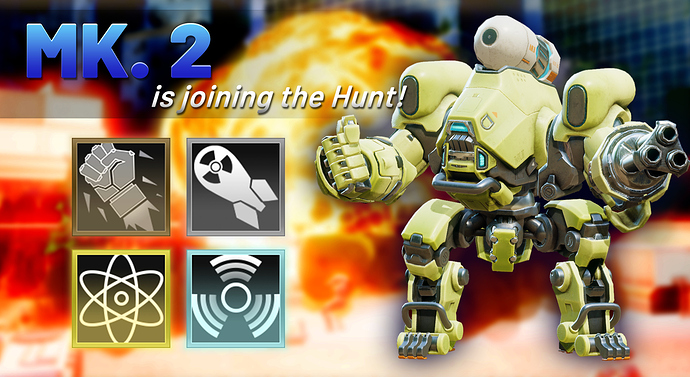 MK.2, the “Ultimate Weapon,” is joining the Hunt as our 100th Hero! This 7 * Hero can be earned through Co-Op Raids, as well as Crates, as thanks for being the best community a development team could hope for! Check in-game for Co-Op Raid times and details! 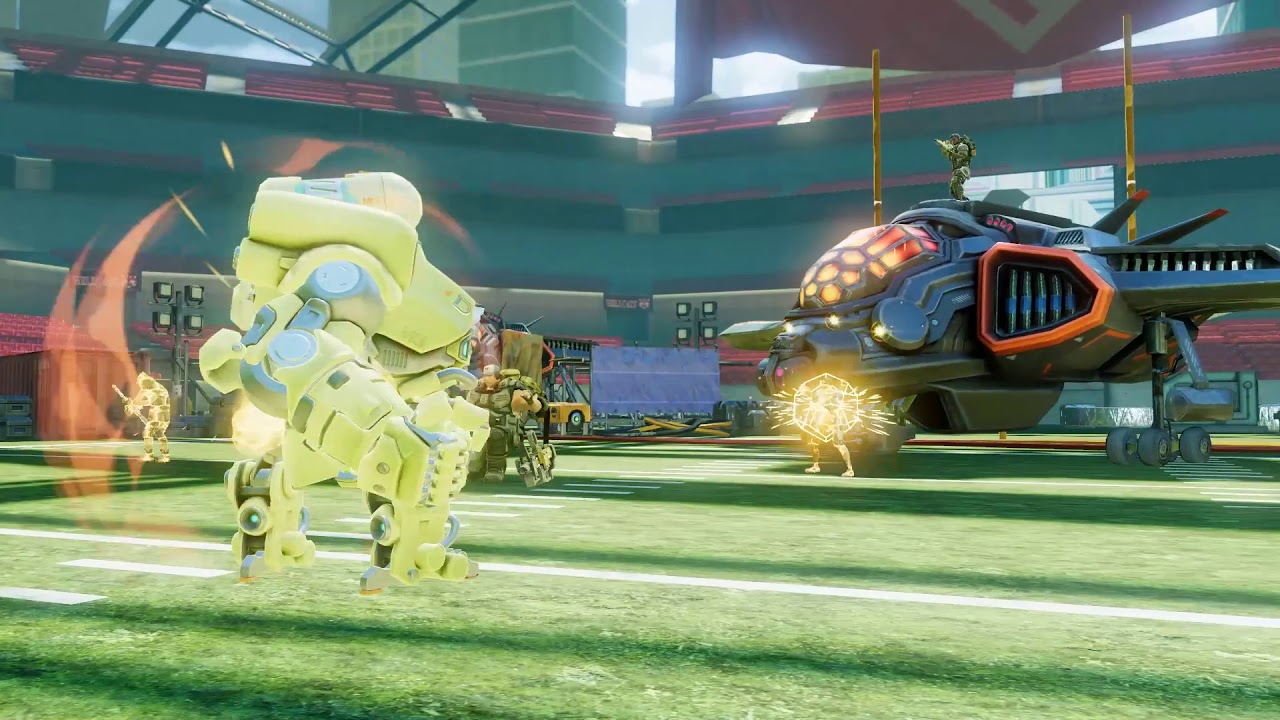 Take on the Ultimate Weapon Co-Op Raid Event to earn “MK.2 And Dave” Tokens, which will give you a chance to win the exclusive MK.2 And Dave Rare Skin for MK.2!

NOTE: You’ll need to have a Team Level of 40 to unlock the Skins function and equip your “MK.2 And Dave” Skin if you win it. If you win the Skin from Team Level 35-39, you’ll still own it, but you won’t be able to equip it until Team Level 40. 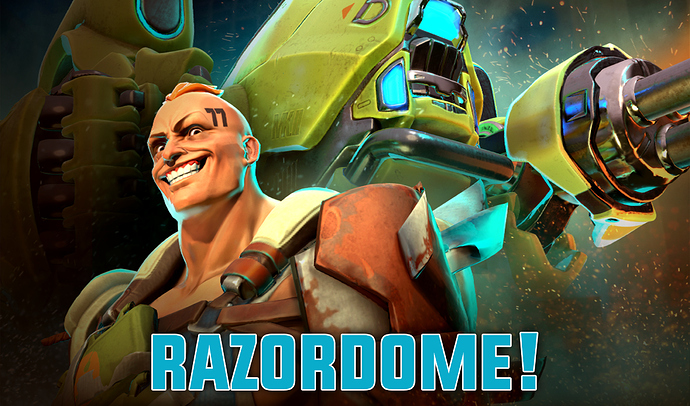 MK.2 is descending into the Razordome! Chase down the rogue robot and learn more about its purpose!

Complete challenges to earn great prizes, including MK.2 Fragments and the exclusive “The Bride” Rare Skin for Françoise! 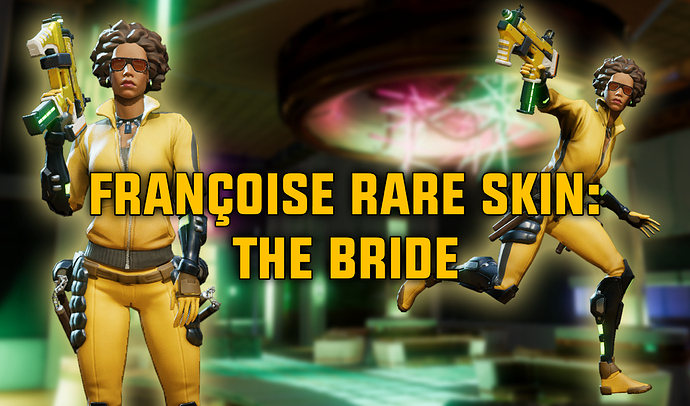 This month’s Buff Focus, Françoise, gets her own Rare Skin!

Get The Bride as a reward in this month’s MK.2 Razordome! 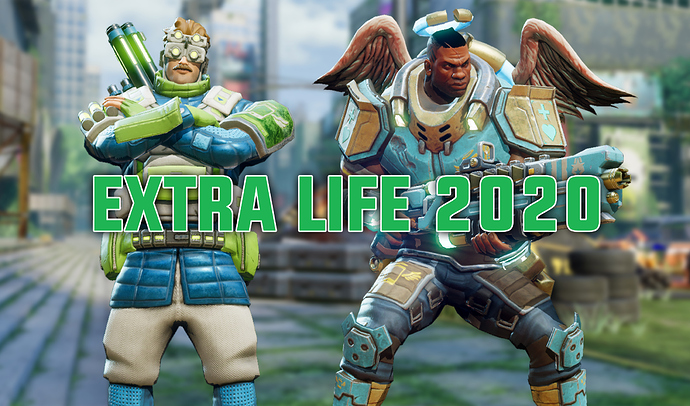 Hothead Games is once again raising money for the Children’s Miracle Network through live streams and exclusive in-game content!

Find everything you need to donate, as well as how to get your hands on the Rare Guardian Skin for Butter and info on our live streams at https://www.extra-life.org/participant/hotheadgames!

Beck’s getting a head start on the holidays. She’s added more Crit Chance and a buff to Disabling Shot to her wish list.

This month’s Buff Focus gets some juicy updates across the board!

The good doctor’s been overdoing it, so we’ve restricted his dosages.

This month brings a much-needed balance change in the form of an adjustment to Marianas’ Razor Wind. With the trigger timing increased, Skills that synergize off of it will be more manageable, allowing those combinations to exist in the meta without dominating play.

Phalanx performs the role of shielder a little too well, making other choices less desirable. We’ve adjusted her Team Mag Shield so that other Hero choices are more viable than before.

Phoenix is in need of a little love, as her pick and win rates clearly show.


Thanks for helping us reach 100 Heroes! 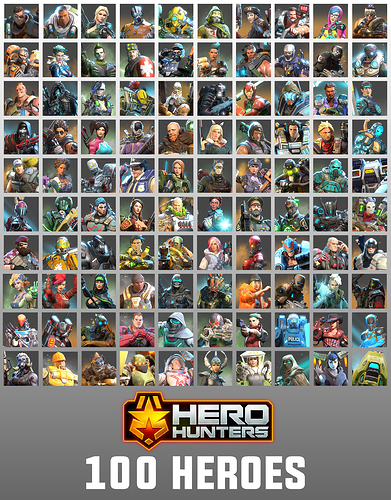 The Francoise skin looks great, and super excited for MK.2.

Oh no, now I have to redo the ranking…
you have ruined my evening

Amazing buffs/nerfs this month, cool events and a sick skin! Still no Pris change though🥱 definitly gonna roll with beck now when she has that crit chance, will be a lot of fun

Thanks. You nerfed my two gauntlet anchors. Again. Though mark two makes up for it… somewhat.

2 pop culture references I gotta say about the skins:

And then for Frenchie
She’s about to…Kill Bill

I hope my luck works this time. Can’t wait

Dave is the Alien haha

With all due respect, I don’t understand the Marianas change. UNLESS I’m wrong about the percentage on Krieger gold and halo and Kiyoshi platinum. Those skills have a percentage activation according to the description. But when you see what happens in game when they are used with Marianas, it appears they trigger every second (or at 100%). If I’m right, why not just address that they hit 100% instead of tweaking Marianas?

Seems like one was tweaked to address three broken ones

Interesting that Heimlock and Phalanx got nerfs again, seems like they are too overused in the meta.

So Marianas got nerfed so her razor wind hits every 2 seconds. You’ll still get hit by halo And Krieger and Kiyoshi every 2 seconds. She was doing exactly what she was supposed to do, the other three were not. She wasn’t broken.

Unless I’m wrong. Someone go ahead and tell me Krieger halo and Kiyoshi don’t hit you 100% of the time a damaging skill is used. 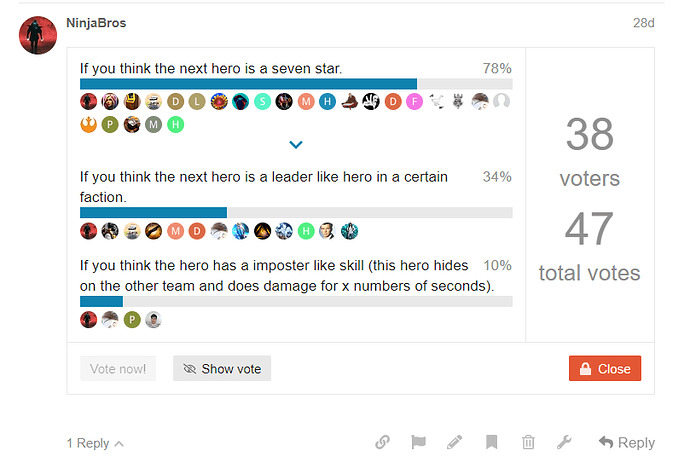 We did get Mk.2 as a seven star Hero so we were pretty much right on that one.

We were totally wrong on this one(What was I thinking on this one?)The devs probably would not make this happen. Ignore this!!

OMG you nerfed Marianas, you bastards!

Glad i didn’t spend REAL MONEY ON HER!

Razor Wind should trigger every 1 second, 2 seconds is too long.

Why are people surprised that Mariana got nerfed? If you look at the team composition of the last couple PvP events, it was Mari/Kyoshi or Halo/Krieger/cover breaker combination. PvP became more of ‘who can break the cover first’ versus who has better aim/team composition.

This is a much needed change for the sake of PvP because the last event became unplayable.