they call me crazy, but what’s wrong with making someone suffer to treat another one?
Sooner or later they’ll make someone else suffer too.
Doctor - Support - Necromancer
A doctor who, in order to treat a member of his team, makes others suffer by borrowing a little of their health

Bronze: Mysterious Inch - strengthens the strongest member at the time of the team by making him immune to incoming damage for 5 seconds.

Silver: Fair Exchange - cure the ally with less health by taking a small part of the other allies’ health to cure the target

Gold: Equality - when the hero suffers damage, the rest of the team recovers health

Platinum: At What Cost? - If silver is activated when one of the allies is dead, part of the allies’ health will be sacrificed to resurrect the fallen hero.

Appearence:
Do not be fooled by the appearance, she has more than 30 years old, she self imposed to myriad aesthetic surgeries and modifications to maintain the appearance of an 18 year old.
Her “current” appearance is that of a little Latin American girl, dark skin, long black curly hair, green eyes.
She wears a white lab coat, black gloves, white trousers and black shoes.

Her Weapon:
The Lab Rat is a small machine gun with a very high rate of fire, accurate, but lacks firepower and ammunition. 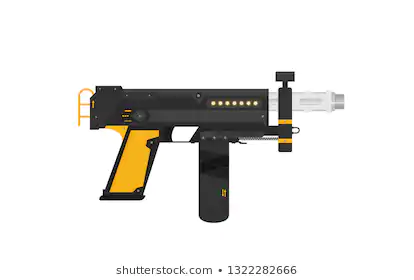 A bit of Backstory: nothing is known about her, it’s all censored,.
Sorry.

On a personal level, she is sadistic, perverse, lonely, has a vast knowledge of the human body and it is still not clear what she really wants.

`I dig the idea of this hero, using the health of others to sustain strong and weak members. This would be a fun hero to play with, nicely done! The gold reminds me of Callidus’ plat but might be too op. It could be something like this:

Gold - Mitigation - Whenever this hero sustains critical damage, distribute 20% of the damage received between each surviving member.

Also think she would be a great addition to a KLG faction. Backstory-wise, I think the interstikn between her and Shiloh would be interesting