If you wanted better treatment, you should ask someone else.

Tank - Healer - Heavy Support
A big, crude, overbearing robot with a very colorful vocabulary.
His only advantage is that it has powerful healing abilities and an AI that brakes him before breaking the 3 rules of robotics.

Bronze: Punch Bag - The hero gets a small shield and starts to draw the damage on himself while he cures all the allies with healing rays.

Silver: Neganade - fires three random grenades into the enemy camp.
After 2sec, the grenades will explode creating negative zones that will steal health from anyone inside that will then be distributed to all allies starting with the weakest.

Gold: Angry Tank - the hero gets an extra layer of armor with X armor points.
In addition he gets 10 charges of [Angled Armor] which allows him to deflect 50% of the incoming bullets.

Platinum: Heavy Assault - every 30sec increases normal armor durability by 30% and elemental durability by 15% at the expense of speed of movement and weapon reloads.

Ruby: Medic (i forgot the name)

Appearance:
is a large, heavily armored robot, has angled armor.
has a backpack - medical station on his shoulders.
his body is completely black metal, has red triangular eyes and has 3 fingers in his hands.
his armor is completely military dark green with yellow and red sparks and scratches. 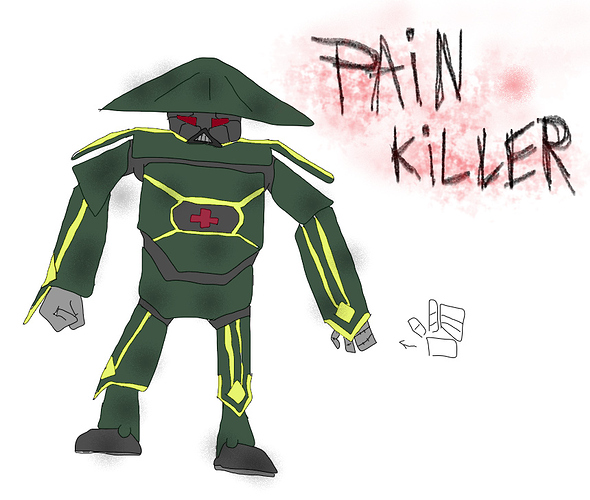 His Weapon: The “No Mercy” it’s a 3barrel lever action revolver sawed off shotgun that shot slugs. 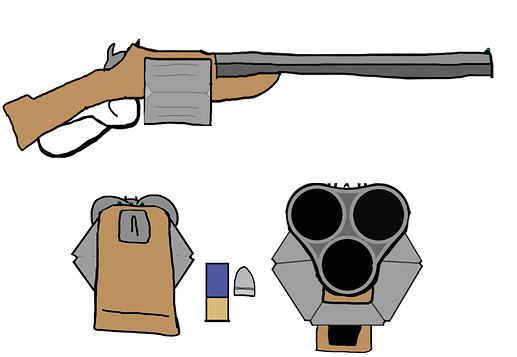 like it. love that song too. very hard on rock band, it gave me a cramp.

the weapon, is a revolver or shotgun?

What is the 3 rules of robotics?