For years, I fought evil forces with comrades who thought they were heroes.
For years, I caused nothing but destruction with the excuse of being a liberator.
For years, I generated fear and hatred pretending to be good.
In a moment, I lost everything.

Bronze: Throne of Bullets - use the weapon’s magazine as if it were an anti-personnel mine by throwing it into the target area, the mine will trigger on contact with the ground and explode when an enemy passes over it causing X damage.

Silver: Red Star - throws a large grenade into the section of the field where there are the most enemies.
The grenade will first implode, stunning and blocking enemies, and then expand into a fireball that will inglobe a large portion of the enemy camp.

Gold: Remote Detonation - the laser sight of the weapon overheats and detonates all the ammunition of the enemy’s weapon one by one.

Platinum: In Memoriam - for each fallen ally, the hero gains a 500% critical damage boost for 1sec and recovers X health plus X per sec for 7sec.

Appearance:
Is a Russian man of advanced age, very large and robust.
Has a long, thick gray/black beard and sunken eyes.
The right arm is replaced by a much larger red mechanical one.
he wears the soviet winter uniform, heavy wool jacket, dark heavy pants, snow boots and a fur hat.

His Weapon: Son of No One
Is a huge average machine gun.
It has a very high rate of fire but is not very accurate at long ranges and automatic fire.
Has a medium-slow reload but has good damage. 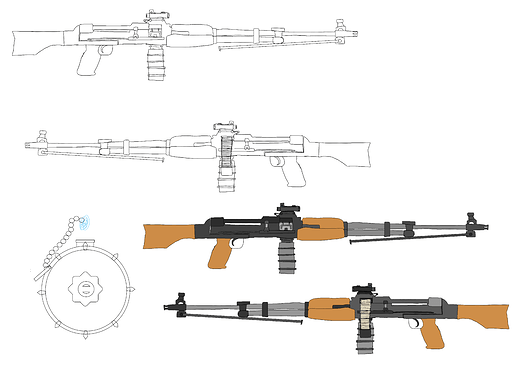 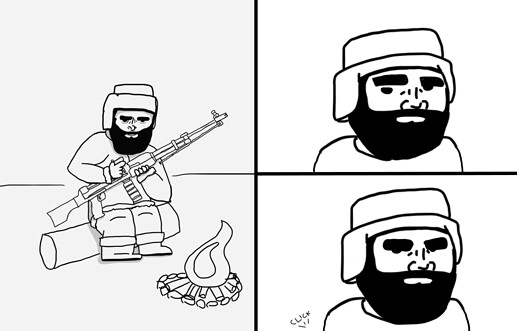 the sketch is older than the description

Very neat concept, I approve, and as a result, shall bestow upon it one like.