Super Heavy Tank - single use of skills / long recharge times - Pure Russian power.
A massive protector with armor so thick it makes a tank jealous.
does everything for his comrades and to protect the name of his motherland.
And he only speaks Russian

Bronze: Dushka - Transforms the weapon into an automatic cannon increasing damage against armor, shields and covers, ammo capacity and adds explosive damage to critical hits.
but reduces the rate of fire by 30% and accuracy by 35%.

Silver: Living Bunker - super strengthens the armor turning the hero into a living bunker increasing by 100% the armor, 100% the elemental armor, reduces the critical damage by 50% and becomes immovable.
But he can no longer move or go undercover and the reload speed of the weapon is reduced by 15%.

Gold: Passive Power-Ups - gets extra special powers when activating skills.
The cannon improves accuracy and damage by 2% while firing.
The armor can deflect 30% enemy bullets with a 15% chance of bouncing off them.

Platinum: Protect Comrades - when an ally is attacked, the hero provokes the enemy forcing them to attack him while protecting the ally.

Appearance: is a man of average height, bald but with a thick beard.
He’s wearing an old model of heavy combat proto-suit. 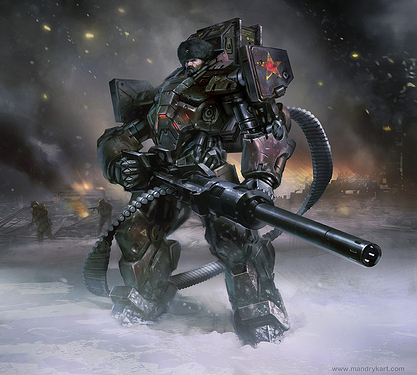 His Weapon: The “Iron Lady” is a huge heavy machine gun with medium rate of fire, low damage and medium ammo.
The recoil is very high, but it’s pretty accurate. 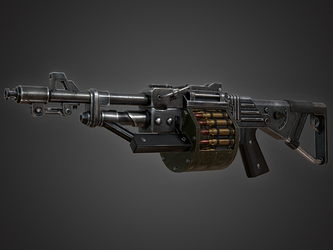 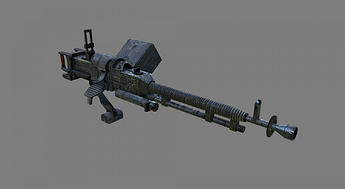