traps and poison are his specialty. Can you escape his web?

Bronze: "Web shot "shoots a web bomb at the target rooting them in place. has a small chance to slow the enemy down once root is removed.
Silver: “Poison bite” shoots a poison dart at the enemy doing DoT for a few seconds. If the targets health is below 50%, does increased damage
Gold: heroes hit by Poison Bite let the hero recover health for the duration of Poison Bite. If the hero is at full health, the hero with the lowest health gets the health recover instead.
Platinum: “preemptive strike” At the start of each round randomly attack 3 enemies and slow down those targets for a few seconds.

the hero is supposed to have clothing that represents a hunter and a spider. so a helmet with extra eyes. military boots. green camo top.

Would it be similar to this: 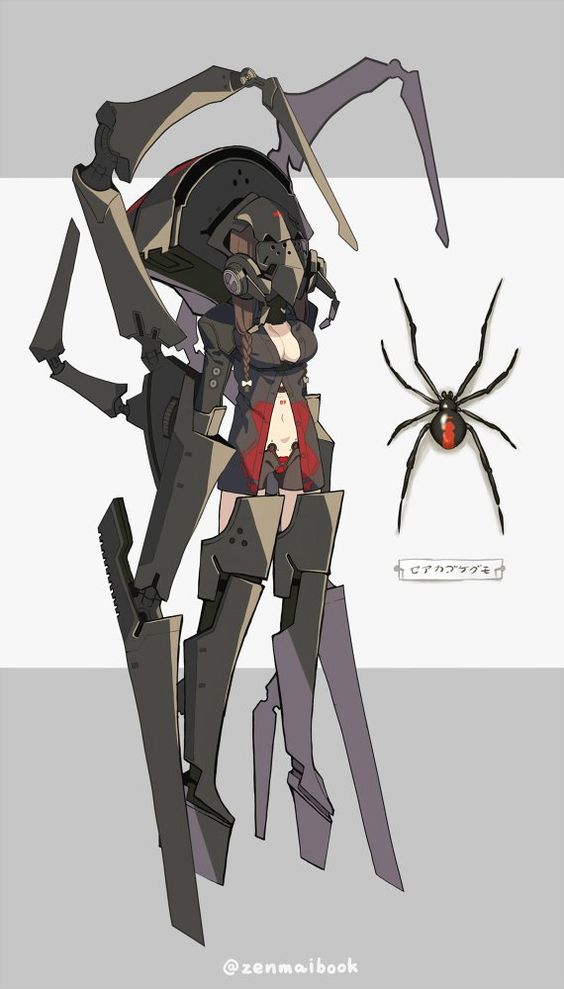 no. that is way too strange anime antagonist thing going on.

That’s great and all, but is he black?

…i dont think thats a thing. hes got the soul of a black spider?

This terrifies me. Not a huge fan of spiders

Would need Phoenix to burn all the things.

i dont like spiders as well, but the only exception would be spider-man. not so much when he became man-spider.