I was wondering why there is no solo pvp event this week? You had specified that your servers could handle both and that solo pvp events wouldn’t go away. What if you don’t have a partner? That’s a lot of sheer luck in doing good Min Maxing with auto match?

For one; this is now false advertising on both app stores since you don’t have solo pvp anymore.

Two; This is a way to get much more gold per match for hero revives then if each person where playing solo.

Three; there are maps now with complete blind spots. Also there are maps near impossible to play 3vs3 in faction fight. Last event I spent 3x more gold than normal lol due to blind spots and one hero left that could not move to other side of map.

Four; you have said multiple times that 2vs2 was very much asked for and wanted. Well in 2 yrs playing I’ve never heard or read anyone say they wanted that?

What I have heard is countless requests to FIX pvp servers, fix chat, fix war lag.

We had a solo PVP Tournament last week and have another one scheduled for next week. One Coop Tournament does not mean we’re replacing all PVP tournaments.

PVP lives are shared between Solo and Coop modes. To have 2 tournaments going on at the same time would mean players would miss out on playing a mode and would be unfair for players who want to participate in both tournaments.

We’ve recently done a lot of work with the servers, chat fixes and lag fixes. We can’t always notify players on what’s going on behind the scenes, but we read all feedback and forward it to the team.

Thanks for taking time to provide feedback, as always we encourage constructive conversation that we can forward to the team for review.

I was really bummed to see the “solo pvp blitz” actually be co-op pvp blitz. I spent a lot of time powering up my level 1 roster to have a team over 1K and have multiple in the bonus heroes this month. I love the solo blitz events when I can actually use my level 1 team (it’s awesome fun to fight without all the abilities).

Anyways, there’s no point in trying to use my little heroes in the event, nobody will pair up with me.

Also, it really sucks that the lives are shared across the pvp modes. Auto match is the way to go still as alliance members aren’t always on. The pairings are still horrible. A couple quick wipes and you are out of PVP’ing for hours. Please, PLEASE separate the lives across solo pvp and co-op pvp so we can enjoy them both.

Lastly, there was a LOT of lag today on AW reset for about 30 minutes. I was waiting 5+ seconds after each attack only to find often someone else was attacking. Not sure what was done behind the scenes for fixing the lag, but, it’s not fixed.

I’m level 95 and have paired up with people that use bronze/silver hero’s and they are around level 20 and still win a lot. Just put it on auto you’ll do fine

“Solo” means it’s your personal milestone list. The other type is “Alliance,” where you work as a group.

Solo refers to the reward structure, not what kind of gameplay you need to engage in. You could play regular PvP Free Play if you’re against Co-Op, and that will also give you credit for this Solo Blitz.

I do not understand there is always to say it’s crazy. we have a pvp in coop those who are super cool in addition to events with nice rewards but people still frankly complain about the devs the pvp in coop is a great thing and only complaint I have to make is matchmaking but that’s a detail

Muninn, none of the bonuses show up. I’d MUCH rather do that. Maybe take a look, something might not be implemented correctly. The event is ONLY showing via coop.

Also, we only get 2 hearts per hero in the event? C’mon. Coop pvp match making is way off and we get less shots to win? I was so stoked for this mode and taking about how awesome it would be. It’s not, yet.

So, wait, I think I get an issue I was having. There are 2 pvp events going on. One you can play either mode (blitz) and one you can only play coop (tournament). Since no bonus heroes we’re listed on free play I didn’t realize we could do it for blitz.

The 2 deaths in the tournament is still a bummer bit I can go blast through the blitz real fast now in free play.

A bit confusing, for me at least.

Correct. Normally the PVP “Event” is associated with a PVP “Tournament” in which the bonus faction is featured. In this event the PVP available is just free play, so you don’t have the usual bonus faction heroes set aside for you to choose from, you have to pick them out the old fashioned way.

Oh wait, I see what you mean. LOL. Didn’t even see the COOP PVP. DUH! Have to get used to that. 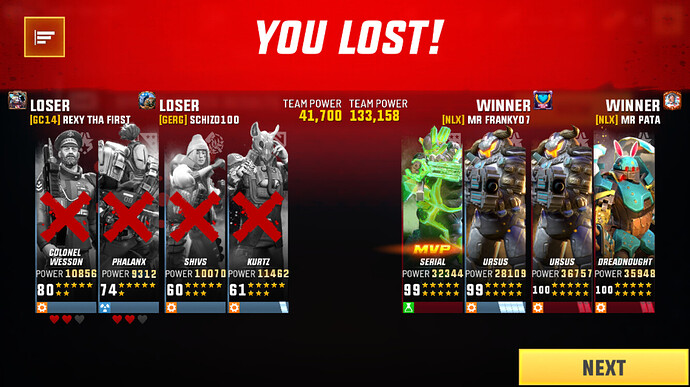 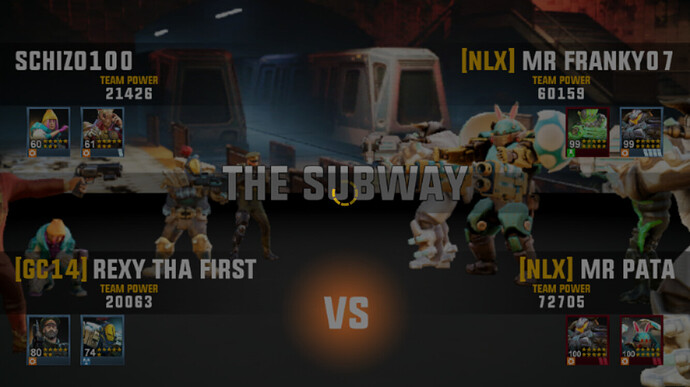 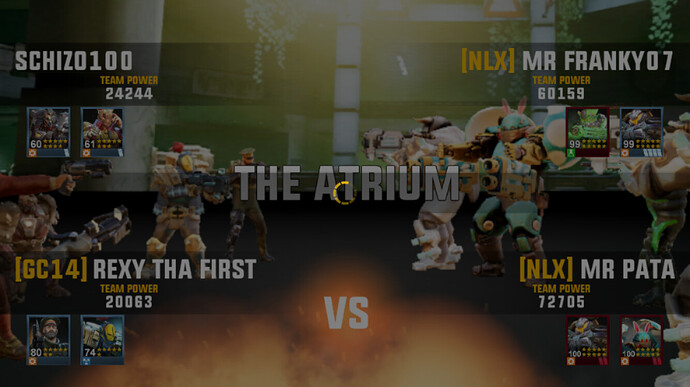