He skipped the anniversary bonus! after reset

I am every day a couple of hours online but today he skipped the bonus.

And I am not the only one with this.

Write to support with all the details. Raise not one but couple of tickets about the incident. The support guys , they are your last ray of hope, if they give you the reward than all is fine but if not than you just have to accept it and move on…
I faced the same problem during Duran Features Crate Tokens - Got Day 5 reward twice but no Day 4 reward. Got 200 Rat Tokens twice but lost on the best reward 4 Duran Feature Crate Token.
4 Duran Feature Token = atleast 60*4 = 240 Fragments.
However I didn’t got the appreciated support from the in-game support and lost on the rewards , felt extremely sad and then had to move on… 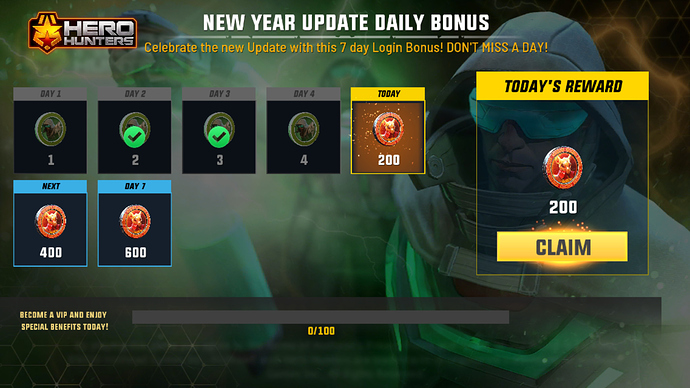 The token didn’t show up in the inventory.

I don’t get today reward, and support center don’t see problem, soo yeah y get for free so sit quite

I had the same problem and I know a buch of people who had this problem too (some of them in both events). First I decided to move on; then I changed my mind and tried to contact support (because if I said something in forums I was going to be addressed to support). And, as always (in my case), support gave me no real solution, so I moved on.

Prepare to have no tokens in day 4 of current (and possibly) future events. I wish you good luck with this.

So many people have this issue. Yet it’s the “players” fault they didn’t get it

Communication with Support Guys is difficult as we have to raise a new ticket each time we try to explain a thing. From the experience of other games ,I know the best thing when we face a issue , is to report it immediately without a delay to the developers. Other games have refunded the reward back to me .But with HH it didn’t happen and I just had to accept it and move on . But I am glad this issue is looked in detail by the developers and a solution will be worked out soon.