Hardscope’s BFG Preview Video glitched out for a moment 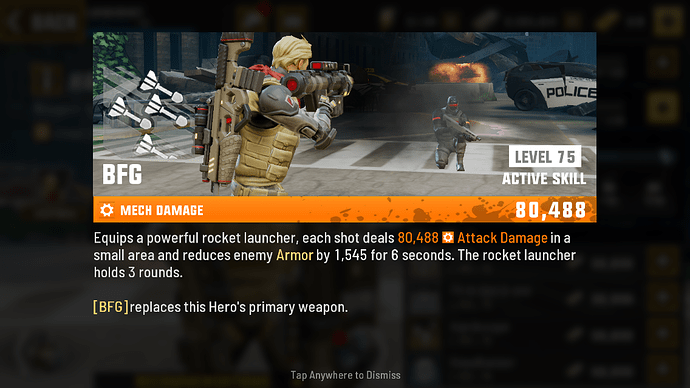 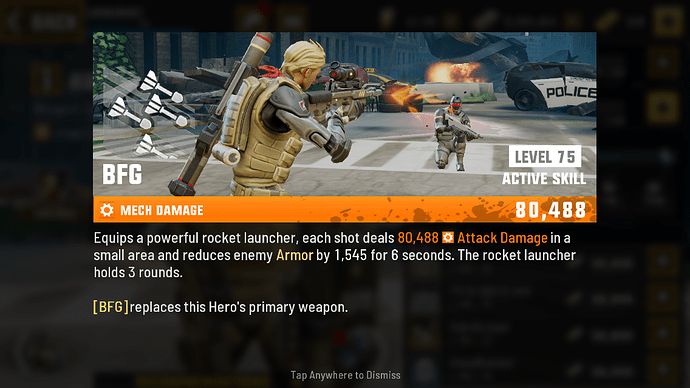 For some odd reason, the preview target dummy was invincible to everything Hardscope threw at him. All three BFG shots and Hardscope’s primary’s entire magazine wasn’t able to kill him. Hilariously, the preview Hardscope even managed to spawn his drone! Wish I knew how to record this stuff - it was hilarious. Too bad the preview reset itself after a minute.

Still remember when Fortress DIED in his preview animation for his recharge skill.

The skill previews are not pre-recorded videos. The previews are running a mini simulation of the game. What they lose in consistency, they more than make up for with download efficiency.

Oof, I figured these were simulations - thanks for clarifying! Never fix the invincible target dummies, though. It’d be funny to watch a skill preview where the Hero relentlessly attacks a target without success. Like, every other target dummy gets blown away but this one absolute chad target tanks all the damage.