Wesson is one of my favourite heroes. Ever since his release I wanted to realise his fullest potential. However, it is quite evident he is mediocre at best. Death Mark is undoubtedly his best skill. That being said, his other skills are in dire need of a rework to make him seem way more viable.

I agree with this. I think he’s a very interesting character and a huge part of the storyline, and if Kurtz is going to be a powerhouse, Wesson should be better than he is right now. His base stats are great, but his skills could use work. I kind of agree with the above suggestions (tho I don’t think Wesson health needs upgrading anymore, since he has to be killable to provide a viable counter), and would also recommend a change to his gold skill. Setting the ground on fire just makes people move, so it’s really not a great skill absent rooting (which no one in UAF or UAFA does). Maybe it should also add a 25 percent slowing effect so it takes a second to get out of and actually does damage?

Thanks for the tag! I really think Wesson could benefit from a major boost, especially considering that he’s the true villain to the whole story.

He should strike fear into opponents just as much as Kurtz in my opinion.

If there is an angel of evil, he must have a competitor in goodness and he is …COLONEL WESSON… deserves more than that I hope to be given what he deserves of prestige 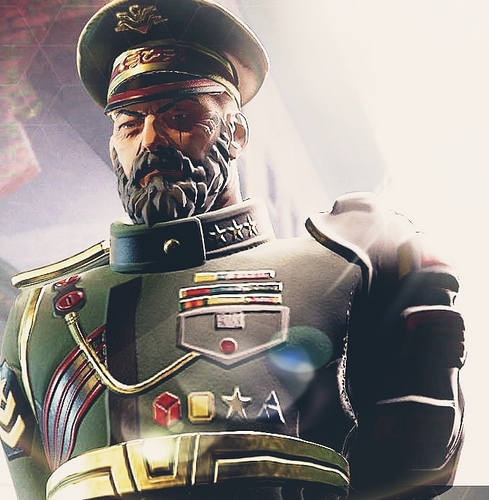 You believe Wesson is the “good” guy, there is no true hero in this world of HH.

He needs to stop rolling when he is activating his mark skill on auto. Really annoying

If you have problems and hate the world, this is not the dialogue of the subject? We’re talking about COLONEL WESSON? If you have any disagreements outside of this box, fix it with yourself ? HH YOSAI

You are most welcome.

I guess I agree with the health part. My Wesson is only less squishy thanks to Heimlock’s Booster Shot and Keel’s Ablative Armour. As per Vintermyst’s suggestion in the linked thread above, we could combine Firestorm with Rolling Thunder and as you said, add an effect that will allow them to take at least some damage from Firestorm. Perhaps, Root for 2-3 seconds? The slowing effects works too, of course.

If you have finished the story, then you would know what I’m talking about, I believe Cara does a better job of marking than Wesson, the target of Wesson’s mark should get a dmg increase from allies.

It is, he may not be strong himself, but he still has the Uaf under his command and a bunch of robots -_-