A new member is joining the The Watch Faction soon! Welcome… YEAGER, the Guardian Angel!

Want a chance to win Yeager?

Like our post post on Instagram and tag a friend in the comments section! Each extra friend you tag gives you a bonus chance to win Yeager! 3 winners will be announced on Mar 8th! 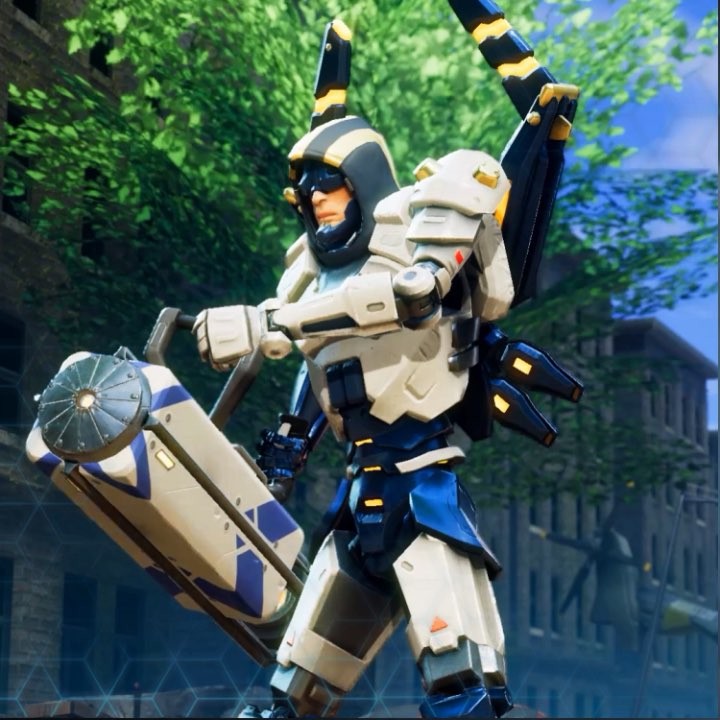 Very nice concept, I like his gun, it’s something else and I really wonder what his skills are.

It’s a male right? It took me a while to notice bucket was female

The more I see it, I can imagine Galante in human form.

Cool! I get cheesy 70’s sci-fi vibes from him.
I can’t participate in the contest since I don’t use Instagram but that’s not a big deal since I recently won someone else (Jarek). Good luck to all! And, can’t wait to try Yeager out in a week-ish.

Every month new hero. If it continues, I’ll delete this game soon.

It’s been like that since launch. It’s not gonna change.

My opinion is quite the opposite.
A new hero is what I look forward to in each monthly update.
In fact, I miss when they would release 2-3 heroes per month.

I wouldn’t mind something like a voice upgrade for each hero instead of a new hero altogether. Characters like Min, Cinder, and many others would be so much more interesting.

Kinda bummed that I can’t submit another story, but this is fine too. Looks cool!

Bye! New characters in the game make it interesting. I love it! Keep it up hothead
Forgot to add, is this hero energy? Certainly seems that way but just want to confirm

To me, he looks like a combo of the Marvel character Yellow Jacket and the gun like Zarya from Overwatch.

so i got a feeling he will be feeding a shield or focusing fire to take you down.

He better have a skin that’s named “Yeeter.”

Wait, so we have to tag our friends or here on forums?

For some reason this kinda relates to a hero of a past that I had created:

Faction: Patriots Name: Sylar (Airborne Attacker) Description: A flight dominator. Rules the sky and harasses the enemy team while receiving minor damage. Weapon: Shotgun Ammo: 10 per clip Appearance: Navy blue suit with chestplate and a helmet (similar to the guy in PUBG) and wings with huge turbines) Skills: (Full Platinum and lvl 75) Skydive (Bronze): This hero rushes to the targeted enemy, dealing 25,000 Damage. Also. this hero flies up and dives down at the targeted enemy, dealing 2…