Who Should I Promote Next?

So who in this roster of mine should be worth the time spent to upgrade? 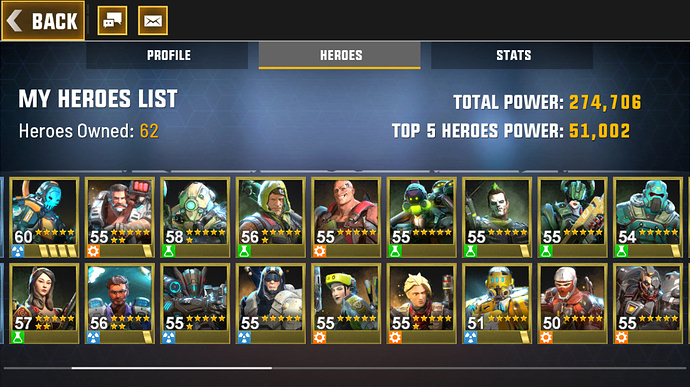 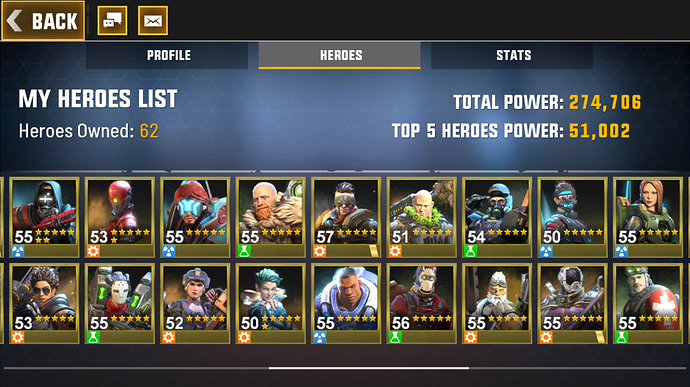 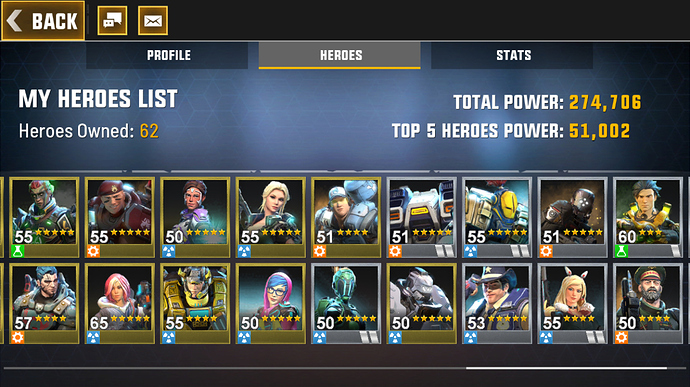 i advice hemlock or dogface. Hemlock ia the best medic in the game, while dogface can deal a lot of damage once fully upgraded.

My recommendations are that you should plat all your 7 starred heroes first (except probably Surge, unless you want to, up to you).
Then, for farming: Halo, Heimlock, Dogface, and Kuno are some good options in Hard Mode to farm (I’m also trying to think of where you might be in Hard Mode)
Adding stars to Flatline could help ya too, especially since she’s in Hard Mode, and farming your 7-starred Matador in gauntlet will help you a lot while you promote him.
Hope that helps ya

Any mech heroes worth upgrading tho?
Cinder is my next, but I want to upgrade a mech

Hardscope and Kunoichi are your highest starred (and my personal favorites), you could start with them if you wanted. Keel, Dogface, and Caine are pretty good overall too. I’d include Beck, but she’s squishy, just like Clyde; she can be good with the right team composition, though
I already mentioned Matador, but yeah, he’s great support too (good team heals + shield)

Kunoichi would be my first choice. She’s squishy, but her skills can delete nigh any unit on the field.

However, I am bothered by the fact that you have decided to upgrade Galante. Haven’t you heard? He is a false god, his so called “divinity” perpetuated by a deceitful cult bent on mischief and ruin. Galante should’ve stayed Green. Let him suffer as a Silver for the rest of eternity.

Castellan, Dogface, Mandrake, and Hardscope are my recommendations.

By looking at all your heroes you seem to have focused on even upgrading. I did the same thing. It makes things much easier to have everybody close so you can use them in PVP without penalty. I recommend you finish bringing everyone to gold. It will also help you out in bounty

I personally hate being a min-maxer.

U have not tried Galante at your drafts then mate. Every hero should have a shot at being a viable hero in a team that is not currently available. The only reason he is silver is that his gear is hard to find

And I live under a rock, thank u very much.