Who should I level next? I got a whole bunch sitting gold, grey, and green 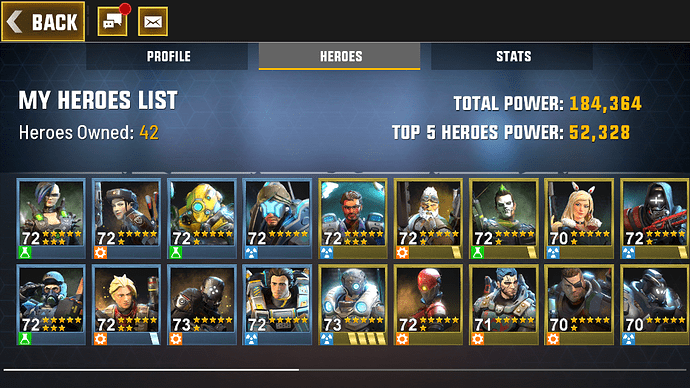 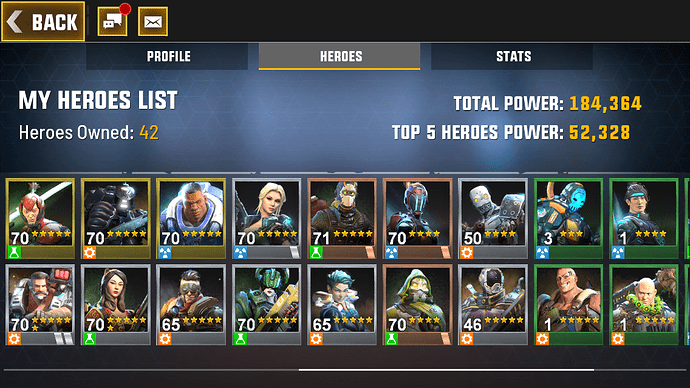 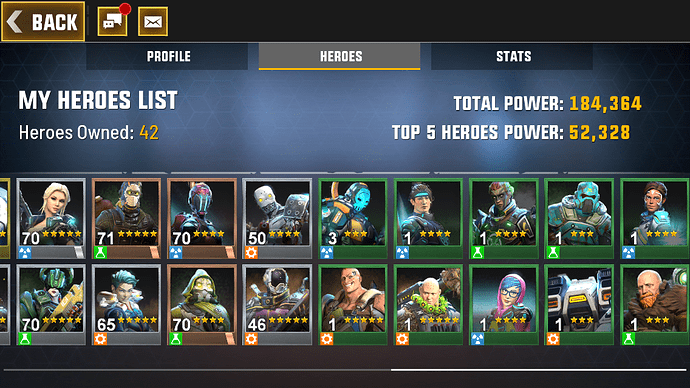 Who’s next? Gonna make hologram man platinum before I move on.

Baffled to see your lowclass Mandrake! Pump him to gold. He’s got a good beard.
Caine is a good boi also.

Where do you get them from:
Butter & Night (Hardmode Videos), Fortress (PVP Shop), Flatline (Gauntlet)
Mandrake (PVP Shop)
Dogface (Gauntlet)

I would personally prioritize Nightingale. I barely use Mandrake anymore. The healer wall is enough to keep everyone alive (yeah, hate me) and his gold skill becomes dangerous versus Ifrit, who happens to be a common choice for PvP. Ifrit turns Mandrake’s gold in the actual opposite. Instead of hiding your low life heroes, they will get marked and focused down.

Just my opinion, though. I still lose sometimes because of Drake, so he is not a bad option, I guess.

Keel is also nice. She has been MVP in a few matches despite being the weakest of my second team.

Finally, I have a personal love for Chesterfield. If someone steps on a trap, he is as good as dead. That permaroot with extra damage is just lovely.

@Lurking_Garbage
Isn’t the decision obvious?! You must buff Operator if you really want him to glow in that wedding dress.

I’d expect that your opperator would be a plat 10*

Nightingale without a shadow of a doubt. Probably joint 1st for best platinum in the game (tied with halo)

Then Mandrake to atleast Gold.