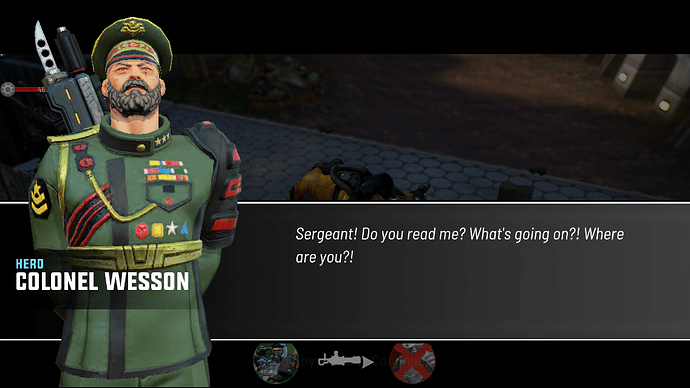 He’s a future hero. Probably the commander of the uaf. His gun looks sick.

For a while I thought there was going to be a twist that he was actually Kurtz in disguise.

I bet you money that if he ever gets introduced as a playable Hero, he’s mechanical element.

I also believe he could be Kurtz. Someone runs a whole criminal city and nobody knows his face? Maybe he is not even in said city. Maybe he is in the safety of UAF headquarters, for example

Future hero !!! The next 7* !!!’
Mechanical
UAF leader as they guys said
But i think one of his skills would be air stirke not like shown in the campaing but similar to oracle bombarding ability what do you think guys ???

Why every character that have some evil eyes maybe kurts
May be operator is kurts in disguise .lol