just wondering what peoples main teams are for pvp. just the normal free play not any events or anything. just wanna see who I should Lvl up hero wise

I use different setups, but mostly Pris, Briar, Phalanx, Butter and heimlock, don’t take that setup from me as its not viable in other levels, then what I do reccomend is have butter and kobold, keel, then I mostly use phalanx and one good damage dealer

I go for castleen , butter , kobold , keel and moss. If castleen survives first 30 seconds then it is a sure victory.

I see these commonly peppered in with the bonus heroes for the month’s faction.

Mandrake, Phalanx, and Flatline are pretty much must haves for PVP, I would get them and level them up first if you can. They fit in a variety of teams and are just all around great PVP staples.

Keel, and to a lesser extent Heimlock, and Caine are also great all around heal/support heroes. Not as good as the above, but great filler once you have them on your team.

As for damage dealers you are best to go with 4-Cep and Shiv. Kurtz also works great, but is harder to obtain if you don’t already have him. These are the top 3 DPS heroes in the game right now. Siren and Astrix are also decent enough, but take a lot more work to keep alive and their main damage from abilities is easily avloided or interrupted if you know what you are doing.

Currently I run these teams:

Mauler, Halo, Caine, Moss, and Mandrake. This is an old meta team, but with so many mech heroes being big in the PVP scene now it can do ok. It is great to stun rolling Kurtz, or 4-Cep and completely shut down opponent damage. Not the best team, but not terrible.

And then if you want to get into “cheap” teams, there are:

Kurtz, Flatline, Mandrake, Phalanx, Heimlock or Keel. Just play Kurtz and roll around like you are a chicken with your head cut off if you are taking fire. Once Execute is up pop it and it’s an auto win.

Shiv, Fran, Phalanx. Phalanx keeps everyone alive at the start until buffs can get out, and Fran further buffs and heals the team. Ususlly you play weaker teams so Shiv easily can get a kill and get her damage buff rolling

i use mostly nonmeta heroes since i’ve grown with them for a very long time and i’m a casual player.
Dogface/Beck - Matador - Vanguard - Moss - Nightingale/Hardscope

Usually I try out fun PvP loadouts like using heroes not usually seen in PvP, like Lancer or Anvil coupled with some healers/support. If its during a PvP event and I’m running outta time because every team I’ve fought has trashed me and I’ve lost all my lives then I go to my dirty team consisting of Siren, Phalanx, Flatline, Mandrake, and a powerful healer (Ifrit, Halo, Duran, Keel) or a Shielder. (Also this team is highly imbalanced so I only use it if I have to). 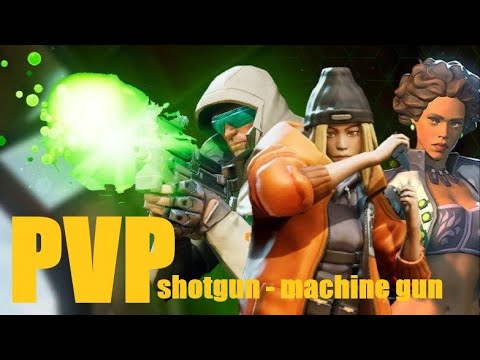 Razorback:Kobold:Mauler:Halo:Oracle
Oracles plat disorients triggering maulers plat triggering halos plat, Making up to 3 enemies take big DOT at the start. If u crit razorback u take DOT again with mauler and halo again. Maulers 10 second stun can do most the rest.

Why do you just shoot at the wall in that first fight?

You should add Ifrit, once he activates his silver skill its all over!

to show the speed of fire.

Idk I like to experiment quite a bit. One of my fav combos is maven and surge, they melt when skills are combined.

I’ll try that, thanks i forgot about him🤣

Ifrit is pretty garbage now. His heal is slow to charge and not very significant, his revive brings heroes back with such little hp they are instantly killed, and his gold doesn’t give any major health boosts. His silver is pretty much his only saving grace, but it’s not enough to make up for the other downfalls. You are better off going with a different support hero.

The last round of nerfs for Iftri were overkill. His heal needs to be buffed, or his revive need to bring heroes back with more health. As is he is just not a good hero, even when used with Flatline.

Actually the point of Ifrit is to destroy the enemy. Putting Mauler in his team would allow all disoriented enemies to take damage, and Ifrit’s silver skill disorientions all enemies for the duration, which in turn also allows mauler to stun anyone with his silver. Adding Halo increases damage. I find it a good alternative to Siren since she dies easily and it lasts longer.

I have hardscope, heckler, artemis, duran and shivs. I don’t use tanks cause they mostly have low health. But i would like phalanx or heimlock in my team.

We all know what Kurtz’s skills can do but it takes time to “execute” them so Phalanx would provide the early or anti-rush shield then once the shield is gone and Kurtz gets damaged the other members will rescue him.