What if they create a GvG?

Bounty event is becoming meanless to the players with 300+ power. It’s always the same thing.
What if they just create a GvG insted of the bounty? Like groups of 5 hunting another group of 5 from a different ally.
They must improve the rewards of the bounty! That’s urgent! What do I do with 40 elemental fragments? Hahaha

Yeah, we’ve been asking the Devs for more/better milestone rewards for a long time. Within 40% of the event duration (60% of event duration remaining) there are more than 100 alliances (by far) that are over the first milestone and have nothing to work toward, other than a rank position. 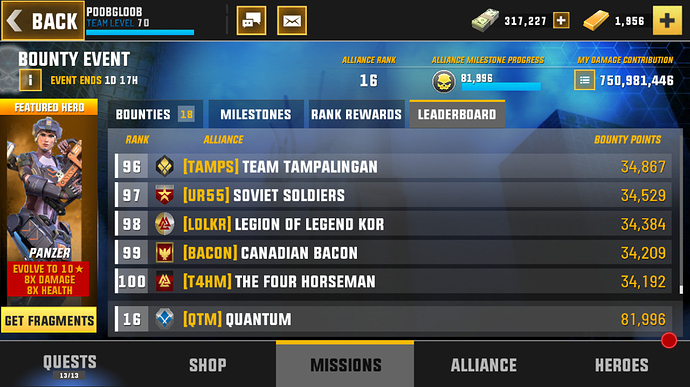 So true! There’s nothing to work forward since 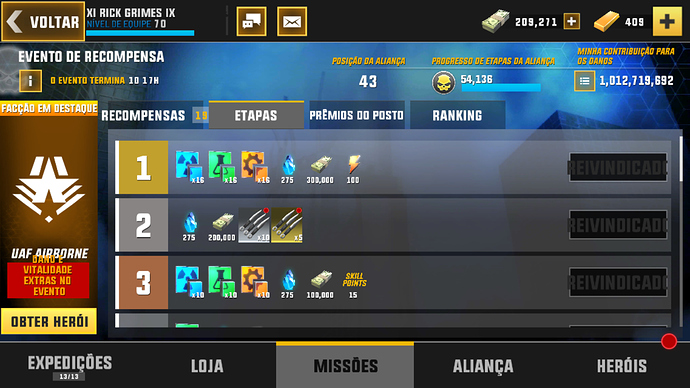 The top brazillian ally: Nocry is about to vanish. The players are upset about the bounty rewards.
Open your eyes, devs

Yah it was.cool…
It was a good idea but they has to think about it…

I used to play walking dead role to.survival and they had a battle system of 8 vs 8 persons basically u atk the bot of another player… first team to destroy all the bots of the opponents (represented by either a car war tank jeep)… u atk and if u win with all heroes alive u gain more points than if u win with 1 hero… basically first team to destroy other bots win and those who die can spend gold to rebuild destroyed vehicles… there is also a rebuild period of 10 mins per destroyed bot which increases more times ur destroyed… there are towers that give bonus damage such as 2x damage for yellow.and green heroes etc… I think u guys can take it from here