What heroes do you want to see get a new skin?

Galante because he is a godlante. Kobold and Anvil because I Ioved their designs from the start and Anvil was my first Hh drawing. Prophet and Brogan need a skin to complete the 7 star skin team.Also Surge because I love his gravitational skills. I would love to have a skin for a hero that lunges at an enemy, but does not have a rare skin yet.

Definitely Odachi! He could use a further Cyber Ninja look, or make a further connect with Kuno, given they’re master and apprentice. A good skill for it would that Oda’s also deals the bonus from Kuno’s honorless, and Kuno likewise gains the bonus damage from his plat

I stand by my suggestion of Brogan getting a Snowman skin like the one I edited.

Ooh ooh ooh, you know who REALLY needs a skin? HARDSCOPE! 3 skins is just not enough for me, we need more!

Thanks for the feedback! Keep it coming!

To be clear: outside of the names of heroes you want to see get new skins, I have to purposely ignore any suggestions of what those skins should be and what they might do. Feel free to post those ideas if you want, but I have to ignore them, so they won’t reach the dev team, and should only be posted if you want to share your thoughts with other players. Thanks.

Kunoaki. A new legendary skin with a changed new skill. I vote for that.

I request a rare skin for galante, he needs something. Been so long.

Mk2 needs a less goofy rare skin. Or maybe a legendary skin that provides him a second gun. Needs due to his lack of damage that was overhyped. Lol

Obrez needs a legendary skin that equips her with a second gun on the other hand that shields covers( light shield) . Nice counter to halo, Mariana combo

There’s an idea that came to mind.

What if the devs pitched 10 of their potential skin ideas for a hero, such as Jazz Player Obrez, Reverend Obrez, Magician Obrez, etc. for example, then had a poll where players could vote on what skin they wanted to be implemented into the game?

The full creative ownership still resides with the devs, and it gives players a chance to vote and get hyped for a suggestion they really like.

If we give you 10 ideas, it’s because we’re making all 10 of those skins. We wouldn’t throw out random ideas we’re not already psyched to make, just in case one of those got picked. By the time they would be ready to present, they would have already been internally vetted and confirmed. Plus, we wouldn’t have much to show, so you would be going off a vague description that ten people would interpret in ten different ways. Not the best for voting.

So with 10 skins we’re already making, there isn’t much to vote on except order of release, which we can’t leave in players’ hands for logistic reasons.

The compromise is taking into account which Heroes people are interested in skins for and relaying that to the team so we can adjust our future roadmap if any interesting data emerges. The alternative is we keep making what we want and hope players enjoy it.

Fair enough, thanks for the quick response.

I wanted a new skin for callidus, so first, thanks for that. And second, a Legendary skin for Irezumi would be awesome. Will make more people realize the big possibilities of this heroin… I am sure the creative team can make something amazing with her.

Would love to see ryker,nightingale, and wesson get a legendary skin, like camouflage skin

Odachi for sure, Wesson is a good option too, but absolutely Odachi 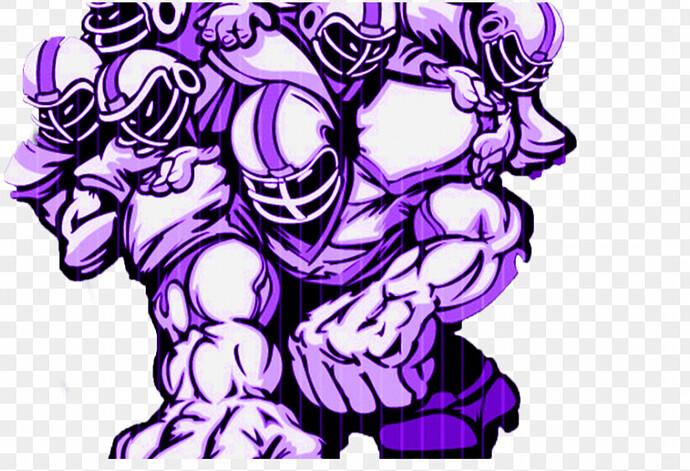 Muninn said that he cannot take specific skin ideas, just the heroes you want to see get a new skin.

Pariah for sure because she doesn’t currently have a Legendary skin. Also, differtent Legendary skins for Beck, Cinder, Xianjiu, Bucket, Cross, and Jarek.

Account age of 801 today and still loving the game. Thanks devs.

As a fan with more than 1000 days playing I would like Mandrake to get a rare or epic skin because in the old days he was mandatory to be used… Please dont forget his small robot!