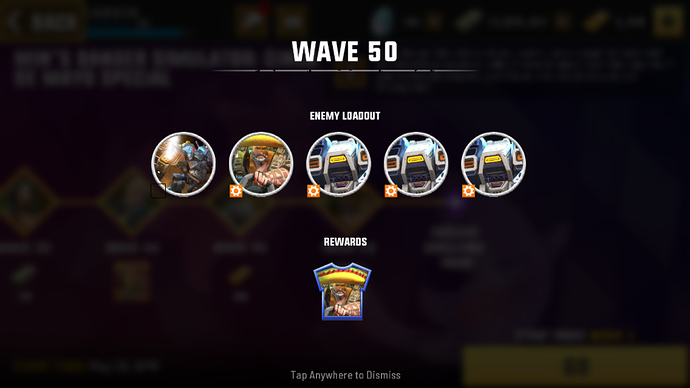 How’s that harassment? I think Gallante is placed there cause he’s freaking hard to kill if you don’t focus on him

Don’t forget, Matador has a annoying group heal. The Gorgon is also annoying to deal with so yea this is harassment

I just don’t like Gallante and I have made it very apparent in previous posts.

It is the last wave. It is supposed to be tricky.

A, Francoise, Butter, Dogface, Matador and Flatline huh. I used Odachi, Cinder,Matador, Cross and Keel. Took me three tries, but was satisfied once I succeeded.

Only first Simulator was a challenge. Current one and previous one make a decent difficulty only after 100th wave, lol.