A weapon that surpasses the Metal Gear

All specialization
For years millions of people have asked things from them, but no one has ever wondered what they want.
They finally rebelled, joined together and created a power ranger-style super Mech.
Now they want things from you.

Bronze: Merging Into One Supreme Being - all the members of the support unite their minds and bodies, magnifying themselves immeasurably to form a mega robot of indomitable power.
The robot is immune to any malus, the armor is so thick that bullets bounce off it, plus it constantly generates a shield that absorbs 500% of incoming damage and bounces it off enemies.

Gold: Coordination - the team divides tasks according to their skills to fight the best they can.
I don’t know what, but something they will do.

Platinum: Technical Support - every time a member is defeated, they are immediately replaced by a stronger one.
If the robot is already in the field, it will release an endless series of drones that will attack enemies without a moment’s respite.

Appearance: everyone wears spandex jumpsuits like the power rangers.
If two members have the same color, they merge to create a higher level hero.
Example: If there are 2 reds, they will merge to create a level 2 red. 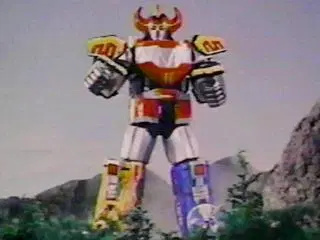 and this is the mech, or something like that
I don’t know. I have a fever. I’m not thinking straight.

their weapons… I don’t know, they choose them.
but it depends on the position


Yes, today I have no imagination
5 Likes