So, iOS users are left behind in update… not cool guys…

They could’ve postpone until ios fixes, or hopefully you guys will get a compensation

@Huginn Thanks for the response, look forward to checking out the update once it’s available.

I think that not delaying the update since the iOS one isn’t available is disrespectful.

Maybe it wasn’t forseen, but I’m hoping there will be some compensation, I’m seeing guys already building up the new hero, and doing raids, I can’t even do with them

Hopefully we get some kind of compensation teammate of mine have the new heroes plat at eight stars already, Of course left in the dust, Thank you creators and admins

It is not HHG fault, it is Apples and HHG have no control over it.

The drop rates seem to have been nerfed for gear so want some advice? Loot as much as you can now… But don’t craft

In the admins defense, Apple just rolled an update in the last 24 to 48 hours. My phone updated two days ago and my tablet, just today. They don’t have control over things like that. I’m guessing it’s as frustrating for them, as it is for us.

Why shouldn’t we craft? 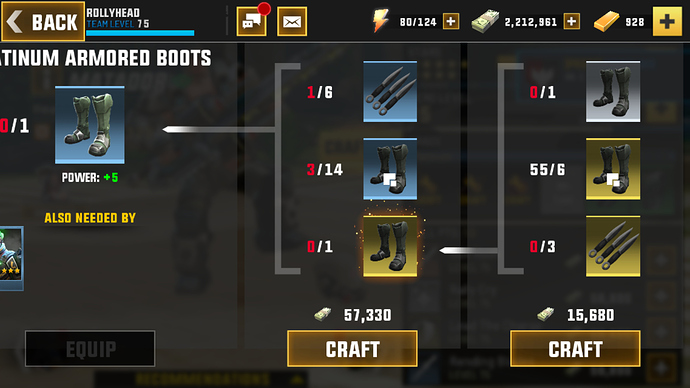 I noticed it. Perhaps I’m just missing some sarcasm from @DopedGoat?

iOS got the shaft when Android got to benefit from a “glitch” and only pay $5, don’t expect any “compensation” for iOS users now. The excuse will be that it doesn’t affect a large enough potion of the community, or it’s not their fault, my favorite is “the data doesn’t support your claim”…despite 100 screen shots proving your claims. /bitteriOSuser

I don’t know where your trying to go with this but its not good. Like people said above, this isn’t an issue on HH side. It’s the difference in the ways both stores operate. In updates past there is usually a few hours of delays between the stores because of the way each one decided to review the update, unfortunately it looks like there is some issues with IOS right now that couldn’t be anticipated when they submitted there update for the store.

Be fair to the devs guys, it’s not their fault. They release the updates for both iOS and Android at the same time, it’s just that apple is a little more through on their update inspection process.

In the past there hasn’t been much of a time difference. Maybe a few minutes. 6+ hours and still nothing…little unacceptable IMO.

Haha no. Back in June or July the difference was a few hours as well, we were going to sacrifice Boh! Anyways stop giving hate to the devs, they work hard and it’s not their fault. They don’t deserve it.

Haha no. Back in June or July the difference was a few hours as well, we were going to sacrifice Boh! Anyways stop giving hate to the devs, they work hard and it’s not their fault. They don’t deserve it.

Their fault or not, they could take steps to remedy the problem. For instance make sure the update has hit IOS first, then immediately after get it on Android if they know iOS can take longer. Or, as others have said give some sort of compensation.

Constantly being delayed a few hours, now delayed over 8 hours, and not having anyone using iOS able to get the glitch crate a few months back has time and time again hindered iOS user progress.

Good grief, y’all love to howl about how you’ve been done wrong.

(A) Can you demonstrate material ways in which you have suffered relative to users on the other version?

© Have any parties, regardless of issue, benefited in the past from arguing how they have been maligned?

Fact is they know Apple takes abit more time for the update to be made available and knowing the lead time on Google store. Why couldn’t both be timed release at the same time?

Being a season Dev for such issue to happen is rather disappointing. Likewise for the offer debacle that happene some weeks back where android users had a much much better offer vs to IOS …