Hi hunters!
Today I bring a concept for a basic update, that which features no new hero, but rather changes, new skins and plenty to do, hope you enjoy the read! Here’s a

I hope you guys enjoy the concept of a hero-less update, with still lots of fun things to do! Extra info

! Thank you all for reading! 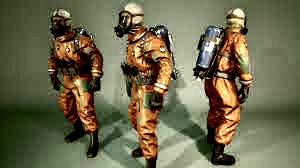 Let me know what you think below! Happy hunting!

Think I’m done editing, if you see any mistakes let me know!

The thing people look forward to, is a new hero to work towards and some new skins. Having events with old heroes you could easily obtain early in game wouldn’t be beneficial to a lot of the higher level people.

Fixing co-op pvp has been a thing for a long time. Requesting it every chance you get won’t make the process go faster.

Gotta work towards the future, not the past.

This is a basic idea if deca ever falls behind on delivering a update possibly, a simple thing to keep us busy as well as some skins to help us grow,
(also might make one more hero-less concept that involves changing the rubbies on hideo, pris, Salvador, and a few others to their respected ruby)

(Also some other requested features like allowing void and astral heros to allow “all elemental” frags to be applied to them, in other words, basic stuff the community has been wanting for a while)

Mythic skin give a significant power and specially play a great role in war. So I want deca to put old Mythic skin in a very special crate or in most wanted crate with very low chances. This way new players and also old ones will have hope to get them.

That’s what the addition of a random mythic with a relatively high chance in the most wanted crate is for! It’s mainly for only higher ups as they are the only ones who can upgrade the skin,

I have a few ideas for the next hero less update I make, brogan buff being one of them,