This little glitch gave me an idea 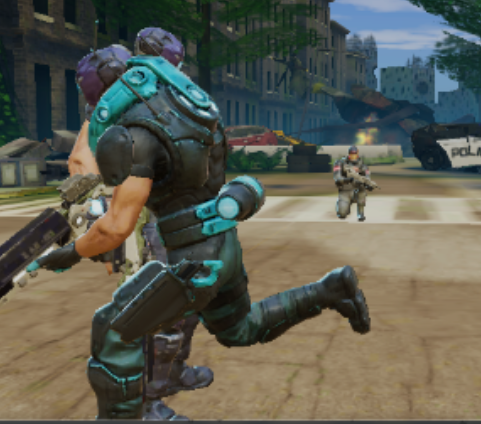 On Halloway’s Bronze skill preview animation, A brief moment of Halloway’s clone had almost exact identity (the color was different on it’s parts of armor) between when it was summoned and deployed.

What if there was a legendary skin of Halloway where his bronze skill name changes to “doppelganger” and the clones have exactly same identity of Halloway, but bears little color difference from him and overall numerical values in skill is decreased, so that opponents in pvp will have harder time dealing with Halloway?

Yeah, maybe his new skill could be that he releases a clone, but it’s stronger than the regular ones and it’s almost like a 6th hero. Only one at a time can be out. It should take a lot longer to charge; something similar to Flatline’s bronze, or longer.

This is a great idea! I’ve always liked the idea behind Holloway, and a legendary skin with a “Doppelgänger” skill would be too sweet