This is so Outrageous!

No offense meant here, but the Co-op PvP is terrible. The matching system is so outrageous, a combined 10k can be matched up with teams of a 100k+. I know several people have complained, but the developers probably ignore it, but it has to be said. It’s really frustrating and can be an irritant while trying to play a game for fun. I’ve been trying to add pictures, I can’t seem to. One in particular was so unfair, our combined power was about 20k, and we were matched with a 90k+ team.
The matching system as been criticized severally, it’s worse than a bug

Finally found a way to post some of the screenshots, feast your eyes on this eyesore

Same. My random teammates have been bronze or gold and I’m just target practice for 4War and their rubies.

I’m not even sure why PVP CO-OP is in the game still and why we have events for it? The matchmaking is flawed, nothing is being done to fix it and people are frustrated with it. Why not just remove it from the game and be done with it? Little mismatches here and there are fine but when you have two teams with a total of 40k power going up against 2 ruby teams of 120 power there is something seriously wrong with the matching system. And those 40k to 120k mismatches happen far too often. Just remove it from the game

Co-op PVP is fun when there’s no event on. Every event is the same badly matched teams and ridiculous sandbags though. And it’s gone on long enough I’m now going with the “if you can’t beat em, join em” mentality. Which sucks to be fair, and it needs sorting…

It’s very obvious it’s broken and has been from the start so why have HH not fixed it. I have tried many times to run a fair pvp team and mostly turns out bad. I am now of the .if you cant beat em join em. And very sorry to anyone who gets placed with my sand bag teams.

Same problem here normally I like pvp coop if evenly matched but now,

Coop majorly benefits whales only. if you don’t have a ruby hero, you’re F’d.

its completely stopped working now… this happens everytime… you would think they wudve fixed this issue by now.

Really. My max level is 61, I’ve barely been able to promote to plat, my teammates differ in levels but this keeps happening and happening.
I wouldn’t mind it as much if I could get an explanation. Ik in solo PvP it will sometimes make a team to go against you because nobody has a green team made up of Serial, Kurtz, Phalanx, Heckler, and Chesterfield. And I’m okay with that, that seems fair. Sometimes when you have a team made up of a solo Shivs it will pair you against a similar team but 5 plats instead of your one. And I’m okay with that. But I want to know how I’m tf does matchmaking think this is fair, nobody I’m paired up with can even promote to ruby, and they probably arent trying to cheat the system by intentionally using low power heroes, so why?

No!! Surely being out powered by nearly double is obviously just a fun feature of the game

m/m needs work… I think they should suspend co-op pvp events until they can resolve the problem?..

but to me, on the contrary, a very weak opponent comes across. this is strange…

I’m a lv 93 with most of my heroes at plat. If I don’t end up matching with a bot, then typically my matches are pretty fair. 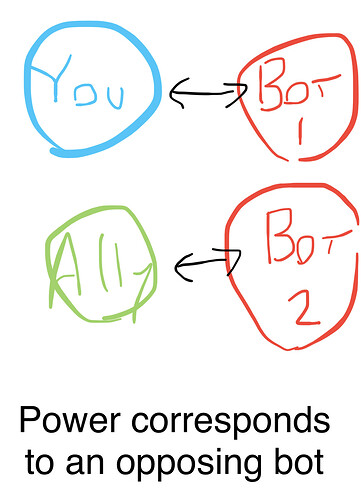 Otherwise you may come across those unfortunate matchups. Again, as for me, I don’t have poor matches that often, but they do happen.

I have a question for those of you who had a very weak ally: how long did it take for the game to find you that ally?

In my case, immediately. They brought the most mismatched teams everytime. It was like they were trying outdo themselves.

to be fair the co op pvp option is pretty new to the game and has only been here for about a year, keep in mind that the devs have to update every month and release 1-2 heroes every month. But yes i do agree with you, the co op pvp match ups make it difficult, specially for new players, to enjoy co op pvp.

Lol, ‘pretty new, iTs OnLy BEen HeRe For A YEar.’ While I understand where you are coming from, the developers should atleast let us know they are doing something about it, a year is a very long time for games. It’s been as bad as it was when it was first added.

Yeah, I think we are all experiencing this to a degree. All you can do is hope that you see Lazerspewpew, Biscuits1998, 2cute4u, or Kenji Knight lining up against you. (All my favorite bots). Nobody rocks a 3star 6bar Sapphyr quite like Biscuits1998 lol.