Theory Crafting: The Drone Heroes and a Possible Buff?

This is gonna be a terrible ride. Get off while you can.

In a perfect world where the game has completely balanced Heroes (as all things should be), I thought up a “dream drone squad” to meme around with:

In theory, the amount of extra shooters deployed by the Drone Controllers should give enemies a tedious and time-wasting experience. Butters only adds to the tediousness since the drones can also receive his group shielding. 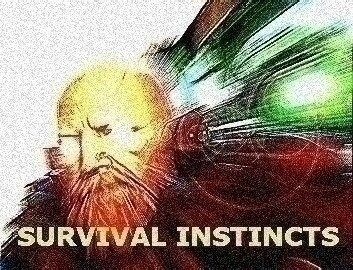 Plus the fact that the Drone Heroes only get really strong late game. Since 4 of the Heroes in this idiot team are of Energy element, Dogface or any Mechanical Hero with good player-controlled aim can delete them before any Drones are raised. It gets even worse when the only reliable group healing comes from Hardscope’s Drone and Hivemind’s Leeches.

Heroes dedicated to healing can near instantaneously heal back the negligible damage the offensive drones deal. Hell, the only real damage comes from Halloway’s Aberration and Hardscope with his headshots and BFG.

And of course, the A.I. just does nothing to invisible adversaries.

Thanks for reading my insanely stupid theory craft; on to the next part.

What I’m thinking for a buff is this: allow Halloway, Hivemind, and Castellan have their Bronze skills near or at 100% at the start of a wave. The Drone Heroes’ gameplay revolves around the usage of their Drones. Hardscope is already god-tier if you’ve got patience and aim.

So why not have at least one of their Drones ready before the wave starts?

Burn me at the stake.

This has been suggested before and I think it would be a great help. Having Hivemind and Halloway start with a drone and halogram out would significantly increase their life span. I dunno if it would still be enough to keep them from getting burst down in the first 10 seconds of a match and make them competative, but it definitely wouldn’t hurt to try.