All elements
He doesn’t need a faction

You don’t need any heroes other than Chuck.

Bronze: Rotating Kick - throws a kick so powerful that it eliminates all the heroes of the opponent in use and not

Gold: Absolute Power - overcomes the barrier of infinity and disproportionately increases his statistics

Platinum: Deleted From the System - his presence alone instantly deletes the opponent’s account

Appearence: it’s Chuck Norris, there’s no need to add anything else 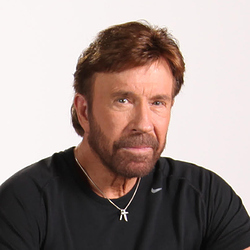 bullets are too scared to hit him

And one last thing, it’s not you who wants him, it’s he who decides where to go