The greater Gauntlet difficulty is enjoyable but the enemy scaling is a little... absurd

I few hours ago, I posted a topic wherein I said that the new Gauntlet difficulty is a great change coming from this update. This is entirely true, however the power scaling from the previous Sectors to the next is a bit too high. Granted, in my Challenger Bracket, the rewards are definitely worth the time invested into dealing with each encounter. It’s just that the encounters are now mostly 5-8 Star Platinums (no Jojo references here) and the majority of my roster are 5-6 Stars with only 6 of my Heroes being 9 Stars or more. I can definitely deal with the new scaling, especially since I could just upgrade my slacking Heroes up to speed in a few weeks - I just wanted to point out the incredibly steep enemy team power scaling. If this was the original intent of the update, then I’m down anyways.

Yes! New gauntlet is extremely hard… but… if there’s a will… there’s a way 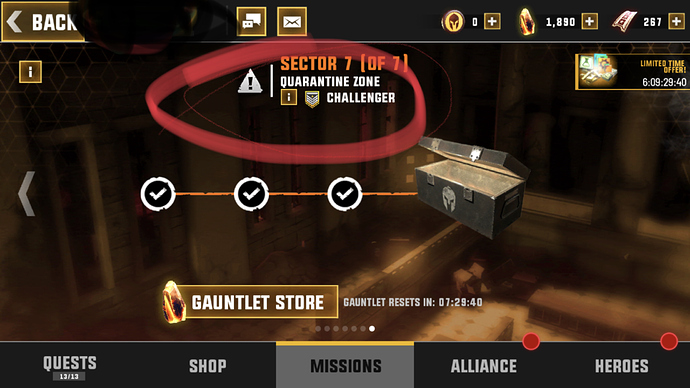 Can’t say no to that. What were the power levels for those encounters and how many Stars did your Heroes have?

Considering they scale based on your total team power…those who tend tend to level all their heroes equally will suffer as their strongest heroes won’t be that strong and they will suffer with the higher difficulty.

It should be put as a setting for those people to play down the difficulty to get lesser rewards but still finish it. Require high power to unlock harder gauntlets while still having the option to do the easier ones.

Actually I kind of think it’s the opposite. I’ve even up my people equally as best as possible. I was able to run all seven twice at only 13 million into elite.

I said “ if there’s a will, there’s a way “ ——-> i try so many times…
Each sectors are much higher than my lineup, 30 - 50k higher power, and yes Im desperate😬but just keep trying and trying… 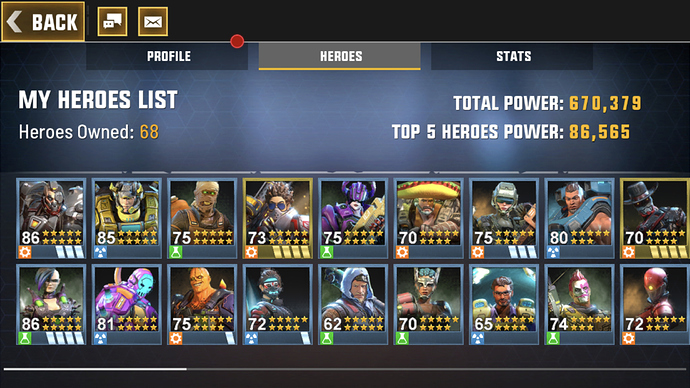 Too many emojis, my dude.

The enemy difficulty in the new Gauntlet scales to what your heroes are, not based on which bracket you are in. The bracket just is there for the rewards.

Sector 6 and 7 of Gauntlet are definitely doable. I had to do a little planning for the early stages to ensure I have more characters to throw at in the latter stages. It’s definitely a nice change of pace, albeit a lot more time consuming if you plan on going to Sector 6 and 7.

I must’ve screwed myself over then. My roster is skewed: I have only a few 8+ Star Heroes but then the majority are 6 Stars or lower. And I gotta fight 8 Stars with those lower level Heroes most of the time! What a shame for me…

If you work on developing a healthy roster, you’ll see more success!

You need to plan out which healers you need available for each sector. Work each sector with the lowest power team you can to win. Don’t be afraid to accept a complete lost of your hero’s in a zone. Look to see if you’ve weaken the enemy enough to make another run but easily win that time.

Considering they scale based on your total team power…those who tend tend to level all their heroes equally will suffer as their strongest heroes won’t be that strong and they will suffer with the higher difficulty.

Actually, the opposite is true.

So, having a more balanced hero roster will make the first sectors easier, but won’t affect the later sectors.

So, having a more balanced hero roster will make the first sectors easier, but won’t affect the later sectors.

I have to disagree.

I have a very balanced roster. My hero’s range from 7* to 10*. All are platinum with the highest strip at 2. When I beat sector 7 twice I was 1,013,000 power. At the bottom of elite. Having a balanced team helped tremendously.

Edit: forgive me I have absolutely no idea how to actually quote somebody.

That’s fair. With a balanced roster you will have a greater choice of heroes for the last sectors. If you have a top 5 who are far better than the rest, then the last sector will probably only be possible with those five, and if you get unlucky on the elemental match-ups, it will be tough.

For sectors six and seven I was lucky enough to have 15 of my top 20 still available. That was a huge help in choosing elemental advantage.

No offense, but if it takes you 5 hours to figure out how to beat the gauntlet level, then there’s something seriously wrong with your team composition. I for one am glad the developers are going this route as it’s forcing people to upgrade all their characters instead of just a few to minimize min-maxing and sandbaggers in PvP.