Suggestions on how to make the game better

To the developers of hero hunters:
I know that a lot of people have been complaining about some of the heroes in the game being over-powered but not many offering a solution to fix the imbalance. One of the heroes I’ve been hearing ALOT about recently is Ronin. Many people upgrade ronin to platinum and 10 stars and use him on a team filled with gold(or weaker) characters and somehow always pulling off a win against a team full of plats. This is due to the over abuse of Ronin’s plat skill. Before I go into that, I want to talk about PvP. Let’s be honest, the match-making could better.

PvP:
One thing I would suggest in general is adding another rule to PvP where you can’t use a hero that’s significantly stronger than another chosen hero in your team in terms of individual power. For example, if I pick a 7 star moss I shouldn’t be allowed to pick a 9 star(or above) OR a 5 star (and below) hero because the difference is too big. Whereas picking a 6 star or 8 star hero shouldn’t be too bad because it’s not so far from 7 stars.

Back to Ronin:
Ok, now let’s say you have a perfectly good reason for not implementing my idea about the PvP suggestion mentioned earlier. Now we still have the issue of Ronin.

Ronin’s gold skill:
My suggestion for a possible tweak is to decease the chance of his gold skill activating from 50% to 40% or even 35%. The reason for that is his skill even though there’s a 50% chance of activating It’s bound to activate multiple times due to the fact that your entire team is constantly using skills. The gold skill can even be compared to Halo’s plat because it had a 50% chance of activating when someone used a skill and then you nerfed halo’s chance to 40% to balance it so why not do the same with Ronin?

Ronin’s plat:
But, if you don’t think that’s a good idea then let me talk about Ronin’s plat skill. Ronin’s plat is what most people complain about. The only idea I have for that one at the moment is to cut the benefits he gets from each ally with less max health in half, test it out and find the right balance.

Ronin’s silver skill:
Now hear me out, I know you already nerfed his silver skill but I have personal complaints. My problem with this skill is not the damage, it’s how fast his cool-down is for this skill. This is probably the fastest silver skill cool-down in the game which means it can be abuse ALOT. I was hoping for a longer cool-down. But that’s not even the worse part. What annoys me the most is when a Ronin uses the silver and my computer teammates shoot him but the character I’m controlling at the moment gets the whiplash even though I wasn’t shooting at him. 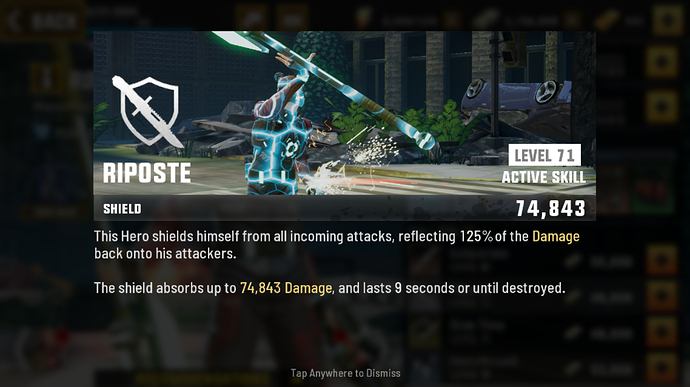 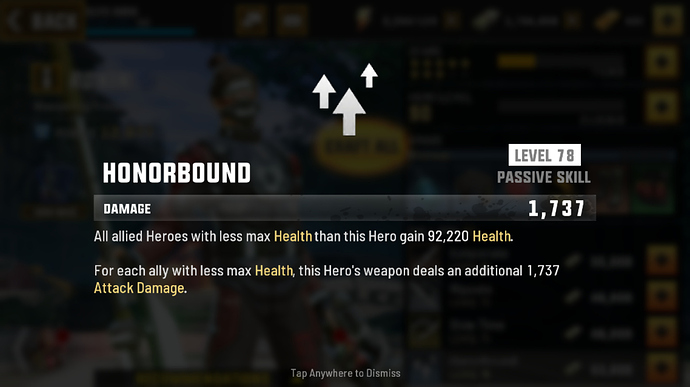 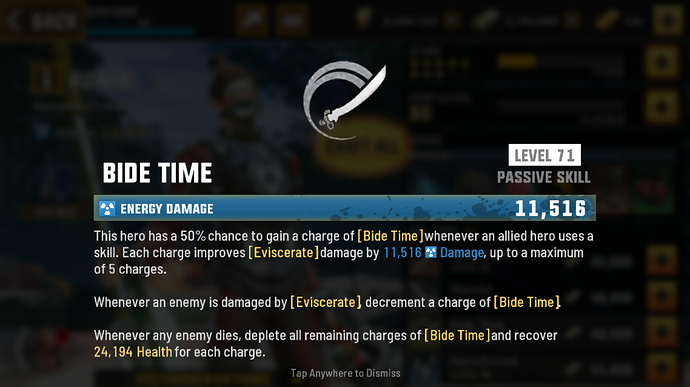 Co-op raid trades:
I’ve heard people complain about people not trading back and I have a suggestion. Make it so if you win the first raid the second raid is automatic. In other words, after a win don’t give people the option to back out whether they disconnect on purpose or not. Just make it an automatic thing and if people want to be greedy and go for more frags they have to spend gold to reset.

General game tweets:
It would be nice to add a clock somewhere in the main menu in a future update. It gets pretty annoying to have to exit the game just to see what time it is.

Thank you for taking the time to read all of this. There are so many other considerable “OP” characters we could talk about but let’s take it one step at a time. I hope we get good changes soon.