News & Announcements Hero Spotlights
Huginn September 12, 2017, 7:00am 1
This series will highlight the variety of Heroes in Hero Hunters and showcase their role, design, and synergy with other Heroes! This spotlight centers around the upcoming Hero, Halloway! 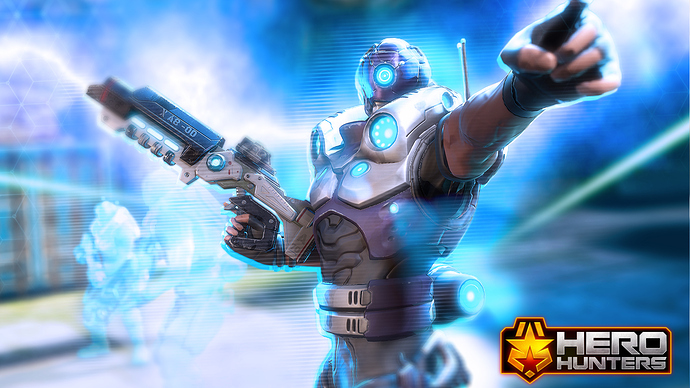 Halloway operates an advanced hard light projector to create holographic minions to do his bidding. He masterfully manipulates his Holo Doubles on the battlefield to protect himself and deal massive damage.

Halloway is a powerful Energy attacker with a great level of sustain. Once unlocked, use his abilities to summon endless waves of Holo Doubles that augment both his offensive and defensive potential. If ignored, his Holo Doubles can quickly drop their victims in a deadly crossfire.

Holo Double summons a holographic minion that will fight alongside the Allied team. Each Holo Double has its own Health and damage, and will automatically maneuver through the battlefield to attack nearby enemies.

Aberration damages the targeted enemy and will fire an additional shot for each active Holo Double. This ability deals both Base and Energy damage, making it a flexible option against enemies with an elemental advantage.

Solidify provides Halloway and his Holo Doubles with bonus Health. 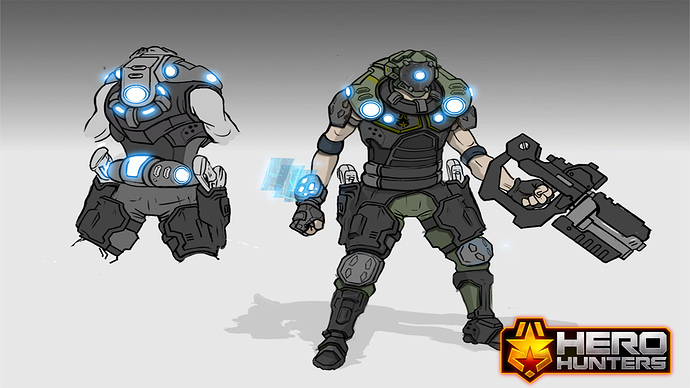 What do you think of Halloway?

Already a Date for the rollout?

Are the Minions also going invisible at 30% life with the Mandrake Gold ability?

So awesome. How are we gonna be able to obtain? Events?

@Vupi, they do. Any team buff can be applied to the holograms

@dsd. I snuck a teaser about that into the PvP Overhaul thread

What happens if Vanguard shields halloway Will it shield the doubles too or Will halloway get damaged with the shield on if enemies are shooting the doubles or wil the shield take the damage?

oh man, I can’t wait to get this character on my roster, and try him out

when can we expect his full release/availability?

Ok thanks
I will try for Holloway

Undertaker does not approve of your necrobump…