We’re really excited to share the new design with you and hear your feedback! Over the last 2 month, our team has designed a new PvP experience, pretty much from scratch. Very little outside the gameplay itself was left untouched. Almost all of these changes come as a result of you sharing your experiences and feedback with us. I believe the best way to start is with your feedback and how we’re addressing it.

We’ve changed our matchmaking system quite a bit. Players were matched based on PvP Points which created a system where you could quickly gain points, rise to the top and match against top teams. This created wildly varied Team Power matchups.

We will now match teams based on Team Power so you will get matched against other teams whose power are similar to your own. This means that you should have a higher quality match-up as a result of our new matchmaking algorithm. 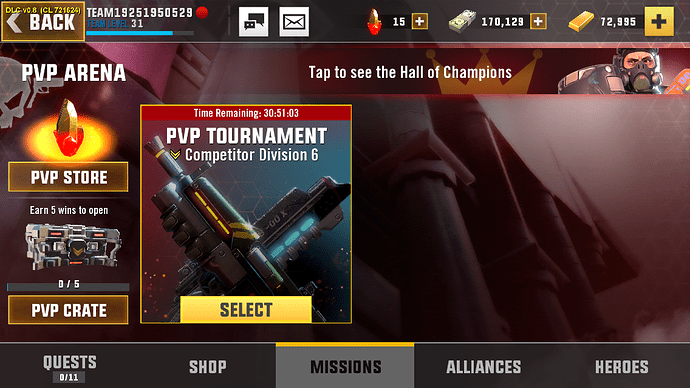 Building my team for months, and getting stomped by an all gold all 9* CPU team, and losing 100 PvP for it. And if I’d won I’d only get 10 points!

To start off, in the new system you cannot lose points! If you lose a game, instead of losing points you just don’t gain any. This means in a worst case scenario, you’ve only lost time and lives.

Another change coming to our matchmaker is how we calculate the number of PvP Points awarded at the end of a match. We previously calculated the point change based on each player’s PvP Points at the end of a match. The closer your opponent and your points were in relation to each other, the more points you had at stake. This resulted in win big and lose big situations. Now the points are based on the total Team Power in the match. So the higher your Team Power the more points you’ll earn. This new system allows room to try out a new team composition while still being able to make progress in the leaderboards. 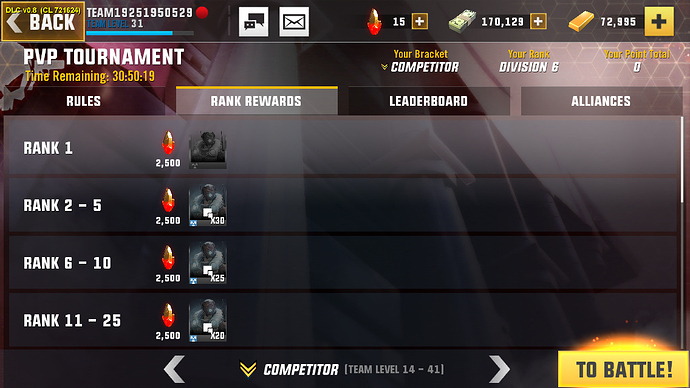 With all of these changes, you’ll now notice the PvP Tournament when you enter the new PvP main screen. A tournament is a timed event where players will climb the leaderboard by winning matches and be rewarded based on their placement at the end of a tournament. When there is no active tournament, there will be a “Free Play” mode where you can try out new team compositions to prepare for the next tournament!

What are your thoughts on the changes to PvP?

I am very happy to read this. It sounds like a very well designed and more fair setup.

Will there be a pvp point reset? (I wouldn’t mind, current points in top 10 are crazy if you diff them with top 50)

Yes, there will be a PvP point reset with the launch of 0.8. How ever you’ll notice the “Hall of Champions” in the first screenshot? We will honour the current PvP leaders there. Currently, the top 20 will be put into the Hall of Champions, but that threshold might change.

Will this allow players with a smaller wallet to rise in rank as well purely because they are truly skilled?

We are now matching based on Team Power, you should get matched against an equal team of equal power. This would mean that if you have a better team composition or are just a more skilled player you will win more matches and progress up the ranks faster. The current system does not necessarily favour the highest Team Power.

One thing I forgot to mention:

Each tournament could also have a unique ruleset. For example, a tournament could encourage the use of a particular hero, team composition, or role. Such as Jackson being worth extra points, or using Nightingale and Butter. It’s important to us that tournaments add variety too and excitement to PvP.

Sounds awesome @Huginn! Can’t wait to see it in action!

Is there a date already set for 0.8? Or approximately?

It’s really hard for us to put dates on anything. It sets an expectation and a number of things can go wrong that would make us slip on those dates. How ever, I think it’s safe to say we are targeting early September for the next update.

Just one question •Are you going to reset the Pvp gems also?

@Anas_Nour, you’ll get to keep your PvP Gems!

Perfect!
Thanks for making this game better and better.
All respect.

Who is that hero in that screenshot?

And Can you guys Make a co op pvp? (Maybe as 0.9 update) it would Make alliances more valuable.

Oh man, this PvP update looks like it will be a good one

can’t wait! hopefully I’ll be able to keep up my PvPing and earn my spot in the Hall of Champions

and looking forward to trying out these Tournaments (especially those special rules @Huginn mentioned), what sort of rewards can we expect?

Also @Gruff_McTuff Gruff_McTuff is right!! Took me a double take to realize that it really was the mysterious purple cyclops guy in that screenshot… @Huginn does that mean he’ll be released in 0.8??? (or heck, soon???). He kinda makes me think of Prophet without his ghillie suit… is this why it’s so hard for me to get Prophet? Because he’s hiding out in the city in disguise?

@Rygel, we’ll be sharing more info about him very soon!

Hmm maybe its Halloway ^^ i like that type of hero! With Hologram… played on Guild Wars 2 the Mesmer…

Dont get me wrong baron is a amazing hero and a new uaf hero. But i think you should add more mechanical and biochemical uaf heroes