What are Co-op Raids?

This first Co-op Raid, titled Gorgon Wakes, will pit you and another player against one of Kurtz’ fearsome assault walkers. As with Daily Raids, this Raid will have multiple difficulties that are unlocked at specific Team Levels.

At the start, each player chooses 3 heroes to bring into the match. We chose to limit it to 3 heroes each after a significant amount of experimenting proved that 10 friendly heroes were too difficult to keep track of and balance for. When we tried 3 each, for a total of 6 friendly heroes, the match felt much better.

Each player can also choose to bring in the same heroes. Double Butter shields? You got it! This opens the door for a whole bunch of exciting new strategies for you to experiment with.
Both players share in success or failure. This means that if all 3 of your heroes die, your partner can still complete the battle and claim victory for both of you!

In this first release, you will have the option to Quick Match and find another random player to join or you will be able to send an invite to your Alliance. When you send the invite to your Alliance, any Alliance member that qualifies for the difficulty you chose can join you. You’ll now see invites to play Co-op Raids popping up in Alliance chat, so if you’re not already in an Alliance you should consider joining one.

Like Daily Raids, you are limited to a specific number of Wins in each Co-op Raid. However, if you accept someone else’s invite to play a Co-op Raid you will not use a Win when the match is completed. Only the player sending the invite will use a Win. This means you can effectively double your number of Wins by playing with your Alliance! We want to encourage you to play with friends whenever possible so we made sure nothing was lost when accepting an invite.

Our goal is to offer a bunch of different Co-op Raids to choose from in the future but for right now, we’ll just have Gorgon Wakes for you and your friends to master. 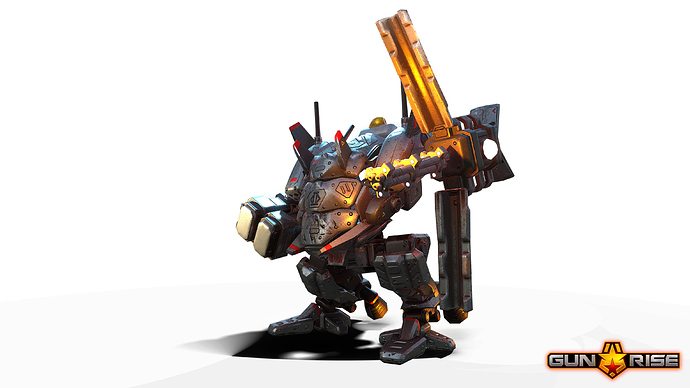 You’ll find Co-op Raids in the Raids screen. We’ve added tabs to this screen so you can quickly navigate between Daily (single-player) Raids and Co-op Raids.
######Content is from a WIP version of Gun Rise. All visible content can change prior to release. 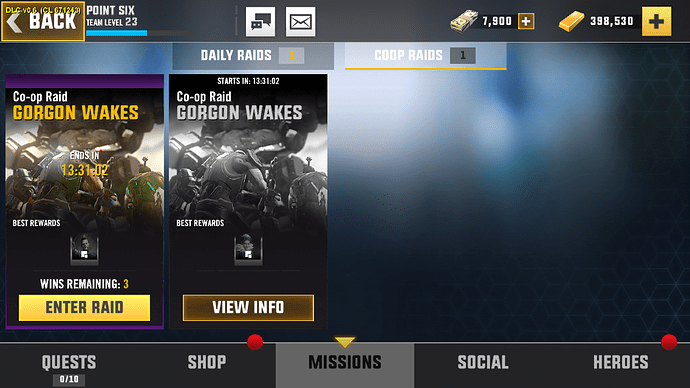 We have big plans for Co-op in the future!
The first goal is to allow you to invite specific players. We’re happy that you’ll be able to play with Alliance members immediately, but we feel this system is not fully complete until you can play with anyone in the world.

When that full system is completed we would move onto adding more variety to Co-op Raids by adding additional raid types and prizes. Exactly how many Co-op Raids would be available at once is still something we’re investigating.

Eventually, though, we would like Co-op to be part of the end game. The best players in the world should be able to work together with other amazing players to take on the hardest challenges Gun Rise has to offer. These plans are still in early stages and changing as the game changes, but we’re extremely excited about the possibilities that live Co-op gives us. 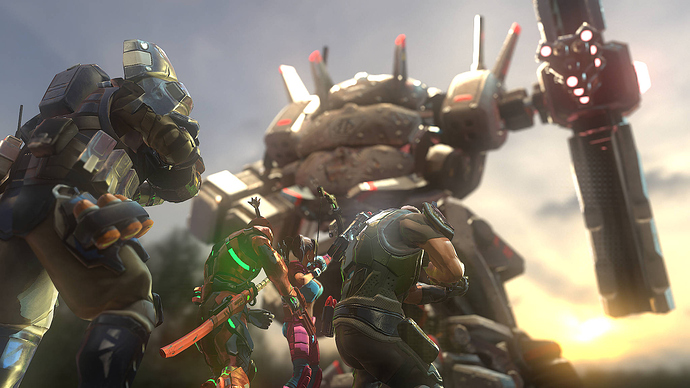 Look for Co-op Raids in the 0.6 update, coming early July. Tell us what you think!

Sound like a cool new update. This is what keeps me stuck to a game. A lot of updates

Keep up the good work