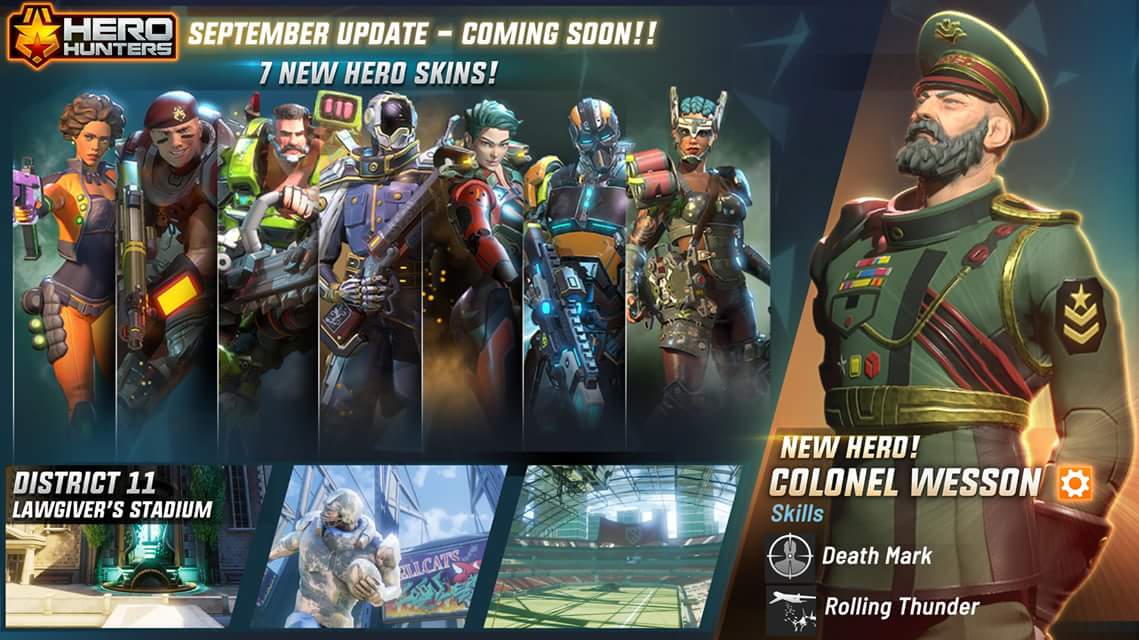 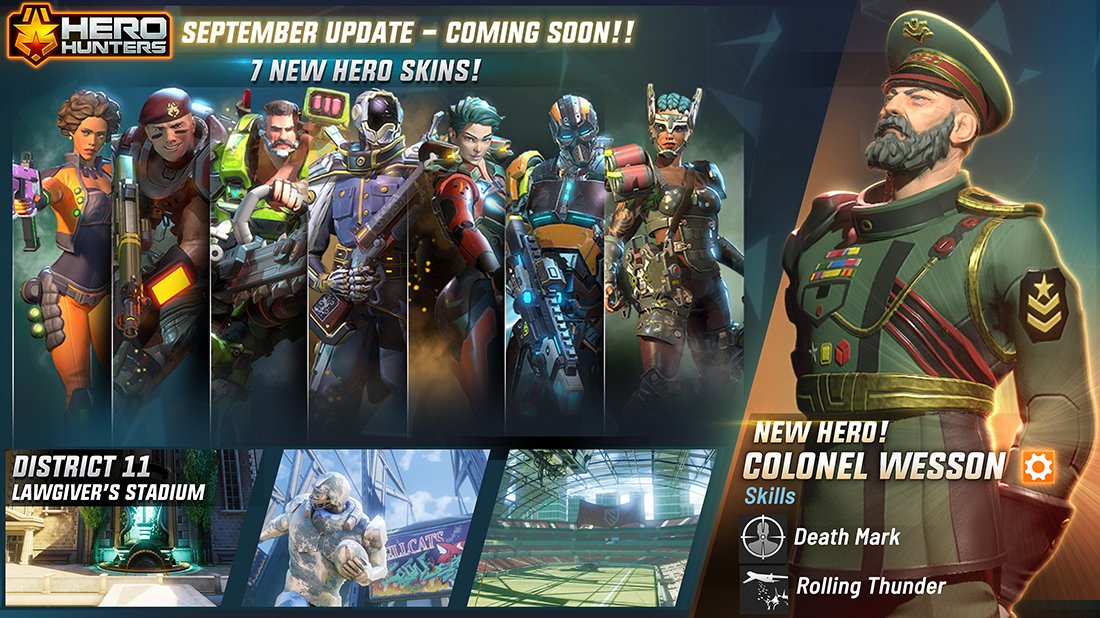 HUNTERS! The SEPTEMBER UPDATE is COMING SOON!! Have a quick sneak peak at some content coming for you!! #herohunters
ULFPAM August 23, 2018, 6:08pm #3

It’s all over! Glad to see District 11. The skins are OK but Matador looks strange and he doesn’t have a sombrero?!

No Mariachi Matador yet? D:

So does this mean level cap increase then? (And consequently, an extra patrol slot…?) I thought I remembered a dev saying that the cap is increased when districts are added.

Agreed. But let’s find a safe shelter before the Americanos arrive to defend their strange “football” “rules”.

No Mariachi Matador yet? D:

I think I speak for most of the team here, we want to make this happen.

So does this mean level cap increase then?

Yes, the cap will be increased

I propose when he hits the enemy, confetti comes out. And his healing is like the mariachi call.

@Huginn, is there a sport game mode going to be a added

I think that would be an interesting cross-genre mixup

Why faction UAF again?
New skins look cool, but the old ones…? Fortress looks like a mecha Madonna in his pink skin. Clyde lost his tough design with skin and became redicoulus. Please don’t use pink and red in skins anymore. Awful.

Maybe it’s an 7* mech and we get an other new hero for the faction?

While his platinum skill suggest UAF … there is nothing to actually confirm he is UAF. At least nothing I have seen.

Also the story thus far (if you have played district 10) suggests that he is actually not working in the best interest of the UAF.

Omni did confirm in the VIP chat yesterday that Wesson is UAF, so I don’t know what they’re doing for the boosted faction in September

He’s 3*. It’s in the first unveiling pic they posted.

I’m hoping he’s a higher rank. If not, I have lots of mech fragments that I hope can get him to at least 5*