The September Update is out now!

What used to be a venue of excitement and triumph is now a lair of arms dealers and mercenaries.

After disobeying Colonel Wesson’s orders, the squad is placed on patrol duty to clear the streets of the Stadium District. But the Magistrates have set up shop here, and have some advanced new weapon tech to show off. 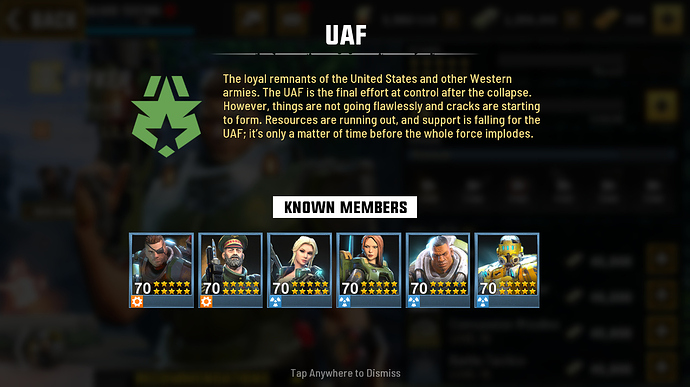 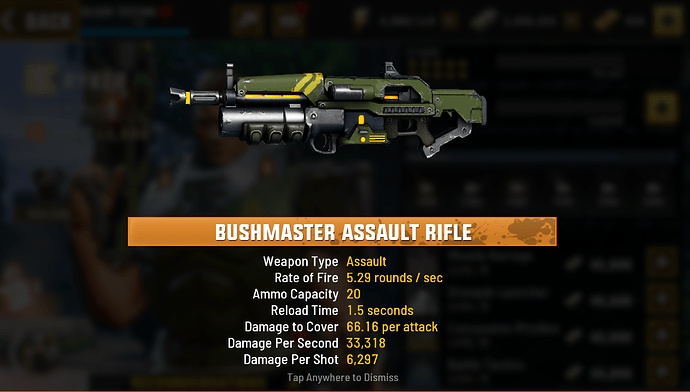 Callidus is now able to easily sustain herself and shut down enemy healers - as long as she can keep a constant stream of damage on the enemy team.

Ghoul is being pushed into a more supportive role. Rather than focusing on pure damage, his skills force constant relocation or else his devastating silences will run rampant throughout the battlefield leaving his opponents vulnerable.

7 Likes
Vague patchnotes are bad, but something I can live with. Hidden changes are not
September Update bugged Callidus Gold
Raz August 28, 2018, 7:33pm #2

And still nothing about the horrible drop rates for equipment. I’ve just gone through 650 stamina, needing 20 gold stars, and got 11 stars. Really??? 650 stamina, 6 stamina per win and only get 11 stars? 108 quick wins and 11 stars, about 10% drop rate for em. I got about a thousand silver and bronze exp which is dropping at about 85% rate

LOVE the hero adjustments! Especially to Ifrit and Flatline which should help make that meta a little less dominant.

Now I just wish Panzer and Dog would have another look and fix their DPS. And all the other DPS that are currently under performing would get some love.

I’ll take this one.

You can use some Hero skills that have the Cleanse effect to remove effects on your Heroes. Incinerate is a channeled damage skill, so you can’t Cleanse that.

Something like Ghoul’s fire can be cleansed, when you’re affected by the debuff that sets you on fire. But Phoenix is continuously hitting you, so you can’t Cleanse it.

Absolutely nothing in these notes will change the current PVP metagame. There better be a second “Role Warfare” update in the next couple weeks or I expect a lot of people to stop playing.

Repeat faction month, stale & boring PVP, 80% of heroes aren’t competitive in PVP and all we get is a few tiny Morlock buffs… it’s the perfect combination for players to say “Welp, I’m done!”

Ifrit’s Showtime ability doesn’t recharge while Showtime is active. That means it shouldn’t be up as often as it was (50% of the time if you hit it everytime after the initial use). Of course this depends on what the CD is now, but I would asusme it’s a decent nerf. Flatline’s revive can also be interrupted.

love the update and Wesson is pretty fun to use. im working on him until i reach a higher level

By adding weapons stats
Devs r u reffering that weapons development is in your list of near future interests ?
And maybe adding weapons tab next to skin tab
Maybe !???

Just to further clarify what Muninn stated with an example:

If Pheonix casts incinerate on a target and the enemy team has Heimlock and he casts his sterilize ability, this would have canceled Pheonix’s incinerate (although she would be still standing there casting for the full length of the ability - unless you moved her).

The patch now means that Pheonix’s incinerate will no longer be affected by Heimlocks sterilize.

At least that is my understanding.

Here we go again with the “Improved” “reduced” “add delay” etc immeasurable patch notes that feels like it’s meant to confuse rather than clarify changes.

Not even heimlock’s cleansing skill ? That is rather OP …

Naw because her DPS is abysmal outside of that one skill. My Keel does the same damage as her in combat and she is only one star higher, both plat. A frontline should do significantly more damage then a healer, but other then this one trick, shes got nothing.

The cleanse change makes sense since Incinerate isn’t really a debuff. It’s an active beam of fire coming out of Phoenix’s weapon, cancelling it with Sterilize made no sense.

Agreed. Her Incinerate is the only skill she has that makes her remotely decent. It has the potential to do massive damage, but Phoenix is still a weaker hero just because her damage is crap and the rest of her skills are pretty sub par. Incinerate still does dmg to Phoenix and is easy to interrupt soo…

Can you elaborate on FOV?
For instance which heroes are of concern as they have different FOV abilities from Hardscope to Pris. Does this pertain to all arenas such as PvP Sewer , Gorgon Wakes or certain Bounty environments? How about with jumper heroes? I have an FOV issue.

Fisher when he grapples it’s usually facing forward on return from straight away kicks no issues for me.
Same with Sapphyr she’s faced forward to the target enemy on return from flips no issues.

Matador he leaps allover and it’s awesome just how far the big guy can fly.

Here’s the Matador FOV issue.
From shooting , to jumping to the middle in the shipyard sometimes on return (PvP) I’m facing my own guy such as Razorback in the middle of a shootout battle. This has happened in Gorgon Wakes as well. But today in PvP Razorback and Matador Were both together behind cover on the base floor in th Shipyard. The mode was already on auto so…

I could see this FOV error mainly because Razorback is tall in the FOV and so When I returned from jumping My FOV is facing up where I see Razorback shoulders and upper body at an angle along with the sky and the 2nd level of the shipyard wall located behind Razorbacks back why…because this is now a 90 degree view from center and Razorback shoots with his left hand in that sideways stance when Matador landed to Razorback right side so now imagine I’m now facing a real closeup of Razorback in this FOV at which the sequence went forward and matador is down maybe crouched looking in the up position in the shipyard arena as well as on his way flying back and when he lands the FOV is 90 degrees to the left from the center where they were shooting at Butter.

Ok so i want to make a distinction because I’m not looking at Razorback or targeted towards Razorback, he’s just side-by side so close to me that in battle I’m looking up over him because he’s just right in front of my FOV with that smile lol shooting when I land on return. It gives me the view as if Matador is crouched unless Razorback is that much taller than Matador side-by-side.

Keep in mind that I’m also on auto and my target is still Butter who I jumped to , who is still in the center, so during this action sequence, Matador is facing Razorback looking up past him to the sky while still shooting butter upon return while I’m simultaneously trying to turn Marador in that direction of butter because of the 90 degree FOV facing the shipyard wall so, without an attachment to Razorback, the wall, or the sky. I’ts just the FOV.

So because of auto and a current shooting action is in progress it was not a quick action really to get Matador corrected to face down and back to center in that view to get control of the view, but it wasnt hard neither. This was today during the current PvP brawl.