Hi friends!! I am happy with new update… But when I start playing pvp… I feel screen not likes previous updates it’s too much zoom and I can’t see other opponents heroes while playing pvp… Any idea how to fix this?

I noticed this as well in campaign missions and co-op missions it is a little hard to get used too.

Yes bro… Unable to see some opponents while playing pvp

This was the one change in the September update that I wasn’t fond of. Everything else is awesome, of course I’ve kinda gotten used to it now.

I’ve mostly gotten used to it as well but it is a bit hard to see enemies since, well, the FOV is smaller.
This is especially noticeable in autoplay as the black bars take up ~ 20% of the screen and make it hard to see enemies on maps w different levels.
I also find that , at least on my device, the HUD bullet counter for dog is now difficult to see when he has his large mag in because the magazine is actually right in line w the bullet count. 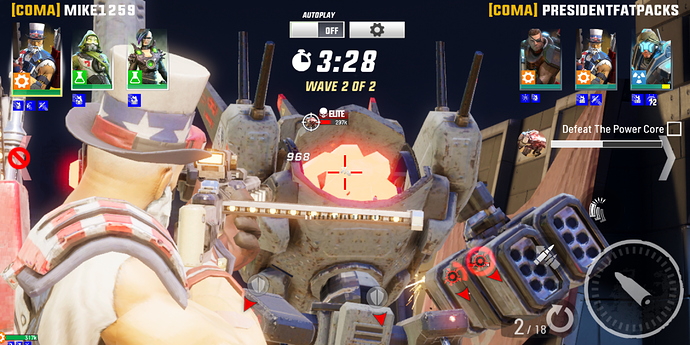 Yeah they zoomed in the camera when aiming, making the field of view smaller. I’ve adjusted, but I prefer the old version. I wish they’d let us choose between the two.