I am trying to figure out how his plat skill works. My Salvatore ability states “All allied Biochem heroes gain 547 Biochem attack damage per second.” The way I interpreted it was you gain 547 attack per second so after 30 seconds, you’ve gained 16,410 damage. I only got him to plat for this reason. If the bonus 547 is a flat amount which is what it seems, they need to reword the ability.

Also another question:
Does Salvatore himself also gain extra damage? He’s biochem but he’s not an ally to himself.

I haven’t really seen the increase in damage though, I thought I was not looking good enough, but since you say this I might not be blind.

Can anyone confirm the bonus damage?

The way I read it, was that each BioChem guy on Salvatore’s team, get an increase of 547 to the DPS of their attacks (not abilities?), so it’s sort of a consistent steroid to their attacks… and I think that’s sort of what I’ve seen in game, when experimenting with having a Salvatore on my team during bounties. idk could be wrong… has anyone else seen this or something else?

Oh you said DPS, sorry. I’m being on wine.

Also I think this affects Salvatore as well… because it says “all allied heroes” and other times I’ve seen that… like Matador’s Rally Cry or Cross’ Antitode… have included the hero as well as their allies… while something like Moss’ Transfusion has the word ‘other’ in there… aka: “All other allied Heroes”… which means everyone BUT Moss.

yea, I saw it as them just saying DPS in full, as opposed to using the abbreviation (I actually don’t remember ever seeing the devs using the Abbreviations of things like DPS anywhere in the game, it’s almost always spelt out… with MAYBE the exception of seeing them use icons for elements)… as I think more about it, it does start to make a lot of sense that this ability would target the DPS of a character, as opposed to directly the “damage” they deal with their gun (aka: damage per attack), because that would make it extremely lame for someone like a sniper who shoots super slow… but insanely broken for someone with a mini gun (like Baron, who shoots like a thousand bullets in only a few seconds).

But as I said, my guess is as good as yours… we probably need confirmation on either theory from other players. I definitely can say that I haven’t seen the damage numbers from my BioChem heroes increasing over time while Salvatore was on the team.

Like his toxic blindness states “8,873 damage per second and silencing each target for 10 seconds.” so after the 10 seconds you should’ve done 88,730 damage. That works as its worded. Toxic residue says ### biochem attack damage per second. Theres no time limit so y doesnt it constantly stack or apply to even his basic attack or biochem abilities.

well… by that same logic… wouldn’t it be “stacking”? if you spent 10 seconds attacking with a hero, when Salvatore gave them 547 more Attack Damage Per Second… then they’d have dealt a total of 5470 more damage total during those 10 seconds… right?

@Muninn, help us out here!

Damage per second isn’t a stat though.

That’s the way it should work but it doesn’t. that’s the whole argument.

I actually think that the “Damage” stat we get in the hero screen is supposed to be “Damage per second”, since my Sapphyr (8*) has more damage than my Sentry (9*), but Sentry obviously does WAY more damage per bullet.

@GTSaiko, hm that is interesting. Never realized that.

yea, I also interpreted it the same way @GTSaiko did (I always viewed it as Damage Per Second, for pretty much the exact same reason @GTSaiko stated

Was thinking the same thing, else it would be to hard to see who deals good damage.

These 2 give dps bonus to btw 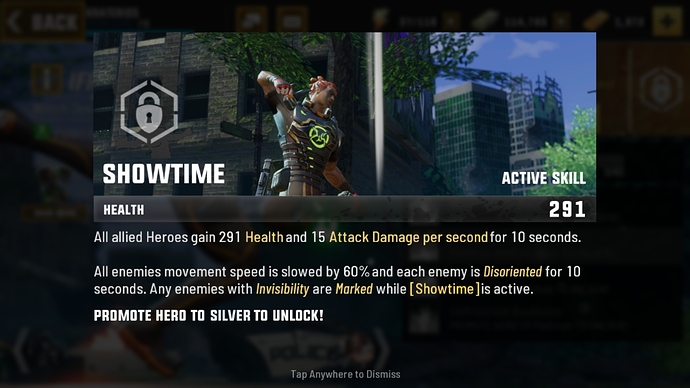 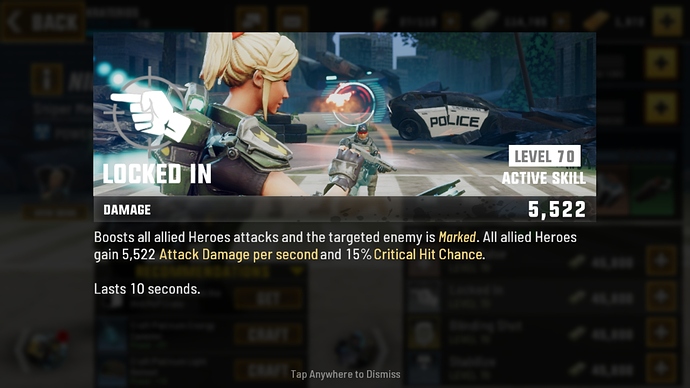