Request for the Devs: Cost of extra stamina

I wanted to ask if you’d consider lowering the gold cost for purchasing more stamina. It’s currently 60 gold. I remember the days when it was tier based, starting at 25 and then increasing from there.

I’m not asking for a huge decrease, but maybe reducing the cost to 50 gold? I love the game and spend money to buy gold and work hard in PvP to earn gold. I find that I’m purchase extra stamina less and less because 60 is a bit rich for me. I don’t want to be unreasonable and thought 50 might be a number you could work with.

Let me further add that I’ve always thought Canada was a beautiful country. And if I’m going to visit Niagara Falls, I’m going to stay on the Canadian side. The view is way better, am I right? Damn straight I’m right. Skylon Tower my friends… that’s where it’s at…

Ummm…Canda has nothing to do with Stamina, unless you are walking

Yeah, you went a bit off topic 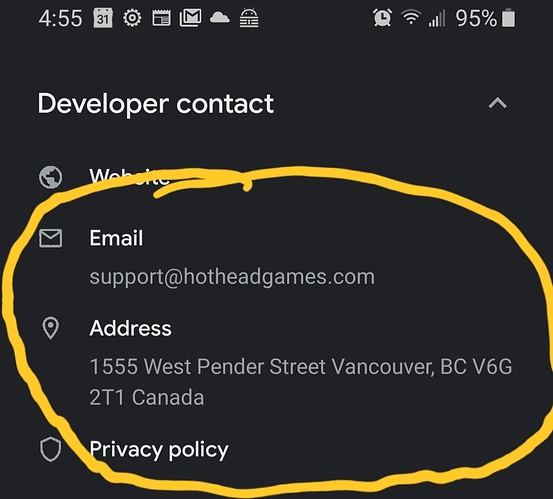 I think 30 gold for 120 stamina is fair. A lot of the player base has cleared most if not all of the normal campaign mode. Hard campaign will burn through your max stamina in just a few runs. 30 for 120, seems fair

Also, I want to visit Canada one day

Agree with this suggestion, currently don’t need stamina that muchbut god was that useful when it was cheaper as a noob… wanna keep new players right?

Late game, stamina is vital for hard missions and grinding out those cores for platinum bars. However 60 is super cheap that is 2 days of doing your dailies as you get 30 gold and 5 Cinder frags a day, that means 3 days a week you can get a refill on your energy.

Gale - I respectfully disagree with your post. I don’t believe that 60 “is super cheap” considering it used to be 25 gold for a stamina refill.

Please (and again, let’s be respectful) explain why you’d rather only refill it 3 days a week at 60 gold instead of every day at a lower cost of gold.

Your avatar looks similar to that of an HHG dev, and that’s who the post was intended for. I say this with zero sarcasm and zero hostility because I despise posts that become toxic. I don’t recall a dev named Gale, but I could very well be wrong. I don’t know the names of all of the devs. Forgive me if I’m wrong on that point. If you are a dev, please take into consideration that as a massive fan of the game, I want to collect frags to beef up my team, but I also want to play through the missions and learn more about the story line behind the game.

Gale, i agree with this.
When the stamina costs were 25 and 40, i was much more inclined to spend 65 (or even +40 for the third run) every single day as it was value for money. Now i maybe buy it once a week.
At least in my case, the devs shot themselves in the foot. Ive gone from spending 65 per day to 60 a week if youre lucky.

Note to the Op: gale is a discord mod, not a dev.
Still a very handy person to have around as he knows how the community works and how a devs mind works.

I’m not a dev but I have been around for a while and am a mod, I havne’t been on the forums much as of late. Regarding why I think 60 is cheap is because of how an economy works, gold as we know it has lost value so everything goes up in price it is simple inflation. Have you not noticed everything has gone up in price for gold with a shift in focus for people to pay for gold with Gilded Tokens. HH isn’t trying to sell you gold anymore, there are many new ways to get gold such as the increased amounts in PVP and doing your dailies.
Additionally look at the large source of monthly energy in the form of AW, energy has gained value the same way Gold has lost it so the price for energy has gone up to combat the less gold needed to spend due to availability of energy from war and the PVP events that offer 400+ energy (that is just my bracket of course you all have different ones)

TLDR; Gold has lost value so prices have gone up, energy has become more available so it costs more as you only spend it if you really NEED it in a pinch, the stamina refill isn’t meant to be apealing to everyone it is there for people who are a few frags or a few cores short from upgrading so you buy it no matter the cost. Same way people spend gold for cash when they are just waiting to upgrade from 9 to 10*

Hope this gives some insight

[HelloHunters] We’re proud to have one of the best communities in gaming. We’ve gotten to know many of you over the years, through VIP Chat, on Discord, and here on the forum. We thought it was time to share a little bit about us, so you can get to know the people who make Hero Hunters. It’s time to meet the devs! Huginn Fave Hero: I like Ghoul. He loves 2 things, explosives and his dog. I also like the attention to detail on his Mummy skin, where the dog becomes a skeleton dog. Fun Fact: I…

So devs, like I was saying, can we get the cost of stamina lowered?