A survivor of 0-day, some called her insignificant, others a world changer, whoever she was doesn’t matter, what she does now is what matters… and that is getting revenge on the KLG

At the age of 9 she got diagnosed with a neuromuscular disease. Similar to Marlowe, Instead of getting enhanced like her, she thought she could get through it, hoping for a cure. Although luck didn’t stand on her side. In her time at school she got bullied a lot, her parents didn’t have time for her, they lived with money issues and couldn’t afford to help her and didn’t care getting her a better home. On Zero Day when she was 13 she lost her temper and walked away from home, after a while she came by an unexploded rocket from one of the KLG’s bombings. She injected herself with one of the heronium capsules hoping it could cure her, She passed out after the injection and woke up in a strange place. surrounded by unfamiliar faces, it were nice people and they took care of her. although she was in a good place now, the injection didn’t make her condition better, instead it gave her a sort of super power, the ability to drift with other people their minds. It allowed her to visually see their past and other memories and control these. allowing her to encourage or trigger reactions from the mind. She kept this secret from her caretakers as she thought it would be dangerous to show. on the 11th of June 2 years later KLG troops were yet again bombing the city she lived in, one of the rockets exploded on the house she lived in, the building was in ruins and she got knocked out by the rubble. A few minutes later she gaines conscious again, she was in between the ruins, she started crying hoping it was the last thing she ever experienced, then she heard voices, and seconds after that someone lifted away the rubble off of her. a cold face smiled at her. The Rangers found her in the wreckage. They took her in and started teaching her how to use guns. Cold Face welded a special lightweight pistol for her, they gave her a home and attention, she found herself very welcomed by the Rangers. Cold Face teached her how to control her powers as he himself has also been affected by 0-Day. As well as gaining her trust and boost up her confidence. As due to her past she still has trauma’s 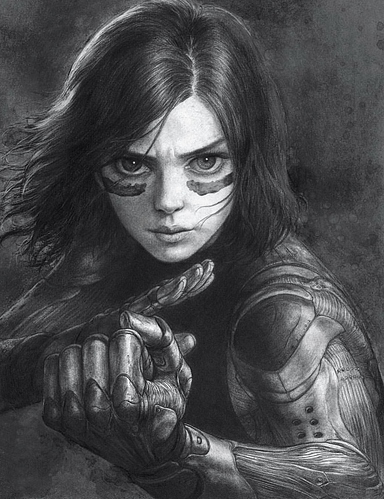 She starts to drift with the targeted allied hero triggering their anger, grants one charge of “Drift” gives the allied hero a 5% cooldown speed with an increase of 1% per 10 levels.

Drifts with the targeted allied hero, digging up their most intense moments, triggers‘’Heronium Rush’’ for every charge recharge (small) hp, if used on an ally below 50% HP the ally will:

“Resurrect” If Radon is present he gains the bonus effects of ‘’Trauma’’ if some of the bonus health is kept for 10 seconds she will resurrect with 25% less max hp, plus:

A skilled Support Hero can’t help their team if they’re down for the count. This hero gains an armor bonus and a 30% increased chance to dodge.

All logo’s are screenshots from the game!

Her weapon is a lightweight version of Flatline’s pistol

[Icon_ElementEnergy] Flatline General “Combat Paramedic” A resurrection specialist. Able to quickly revive fallen allies in the heat of battle with a powerful heal and prevent allies from dying at the cost of her own health. [SKILLS] Clear Bronze Ability [1_Bronze] Flatline deals damage to herself and a random allied Hero is revived with a certain health percentage. If no allies are currently dead this skill will heal the allied Hero with the lowest remaining Health instead. Taser Sil…

Thanks for reading! Feel free to ask any question!