Ok so GUYS the use of 2/3/4 heroes is getting way out of hand, every other match I’m being faced with this match up.
It really is unfair, you go into a tournament or free play match and at times the max PVP gems you win could be only 40, yet your opponent who is playing unfairly should he win walks away with 100 PVP gems, where’s the fairness in that??
I know Muninn will say " if something seems easy or simple it’s definitely not", however there really is a way of getting around this.
So every fortnight we have the PVP brawl where you can play using 3 Heroes nothing more nothing less, so why not on Weekly Tournament event’s and free play to participate you need to select a minimum of 5 Heroes to play.
This way it’s set the same as brawl where you need 3 heroes and Tournament and Free play you need 5.
This gets rid of anyone wanting to play unfairly using 2/3/4 heroes and they have to choose a balanced 5 player team as such.
Considering PVP is a big part of this game I’m sure this will help to eliminate a lot of frustration to players.
So this is my first ever post, it’s only a suggestion .
Thx Sid.

Maybe in certain tournaments they can implement 5-hero teams only, but other than that, I don’t see an issue with teams smaller than 5 heroes.

But I do understand the frustration of earning less PVP gems, so I propose this:

I don’t see the issue here, there has been many complaints about it and its most likely not going to change, 2 to 4 hero teams are fine as they have their own disadvantages

So surely if there has been a lot of complaints about it which means there’s a lot of players unhappy about it and it’s something that should be looked at?

Well no because its part of being able to choose your OWN team, besides its freeplay so if you play freeplay you know what to expect

But it’s the same in Tournaments, but hey yeah you’re welcome to your opinion.

I’ve mentioned it before, but the amount of complaints we could get from players with only 4 Heroes left to use being forced to pay for a revive on a 5th, just to use their hard-earned Heroes, would be catastrophic. We would be accused of “Cash Grabbing” to force you to spend more gold on PvP.

This is the lesser of two evils, allowing you to play Free Play however you like.

I understand with free play but it’s the same issue in Tournaments. So could tournaments not be set to min 5 players, like brawl is set to min 3 players?

Same problem. “Devs only want our money, I should be allowed to play, why are you forcing me” etc. We already get complaints about only caring about revenue. This would be worse.

Sorry if players have said that to you before but I don’t think you should be using that line when people are genuinely trying to get the game play better, it’s something that has spiralled in the ast 12 months.

I’m sorry my explanation upset you. I’ll pass your feedback along to the team. Thanks!

i understand both sides, people keep complaining about ‘çash grabbing’ but yes it would be better if we had equal fights for tournaments, make it 4 plus least because i want real fair fights when i play competitive, but on freeplay its freeplay ;), the devs do what they can

Doesn’t faction brawl make you have to use 3 man teams and can’t use 1-2 hero teams?

I completely understand your point but I can make a good argument against it - 1. On an average a player has 40 heroes unlocked ,now this will happen very rarely that other 36 heroes don’t have lives and player only has 4 heroes left for PVP . I am myself a VIP 0 player and have unlocked 80 heroes in the game and I use only 20 at the most 25 heroes in PVP, even though I have only get one hero revive in PVP .
2. The other case with opponents deliberately trying to use 2 or 3 heroes team to win matches is happening more in the game . I have already made forum post about it and told the issue to the support.
Hopefully I have explained the situation properly and added another aspect to this discussion.

What do you think of Destroyer1Dan’s suggestion - where you change the amount of PvP gems per kill?
Would it be too many gems per kill in 3v3?

I can’t say I like or dislike an idea any more. If I say I like it, people take that as a promise. If I dislike it, they take it personally.

All ideas get passed on to the team for review during meetings. Thanks! 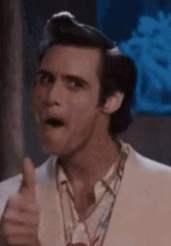 Honestly I don’t think it’s that big of deal. There are only a few heroes that really work well on 3 or 4 man teams. Those are Shiv, Francoise, and Castellan. Shiv was nerfed pretty hard last update so she is going to have a lot harder time getting that first kill. I am sure we will see her used less and less now. Yaeger got nerfed awhile back so he is no longer a problem.

Plus, you get punished HARD when running teams less than 5 anyways. I have ran a 3 man team and against a closely balanced team there will consistently be a 20k power advantage for the other team. If the other team is using a 4 or 5 star plat, 10* hero with other lower plat and golds they still get a 15k point advantage. You are better off just playing with a full 5 man team and sand bagging with 1 strong hero and 4 other weaker ones. You get punished much less severely.

3 and 4 man teams are really susceptible to crowd control heroes too. If you find you are facing them a lot start using Jarek, Alvarez, Shank, or one of a dozen other heroes to silence/stun/lift. These types of abilities are very potent because it takes out a big chunk of the enemy team when they only have 3 players. Also having well balanced teams with proper support goes a long way.

With that said I don’t see an issue with requiring 5 man teams for certain tournaments. As Eklavya points out, the vast majority of heroes are garbage in PVP. Once you have used up the good 20-30, heroes, no one really bothers with the rest because it’s just loss after loss and you are feeding other players easy points. I don’t foresee a lot of players complaining they could only use 88 heroes instead of all 92. Those last 4 are the worst of the worst.

If you care to check my gaming name which is the same as above you will see there is nothing wrong with my PVP skills, unlike your childish attitude.