Hello devs.
It’s a humble request to you plzz make the PVP. Balanced Bcz with matchmaking I got a much higher level team and hero power… Plzz this make me loose interest in this game I got a 70 lvl. Team with team. Power app 30k and mine was lvl 60 team with approx 26k power… Is this a fair matchmaking or what
… I wanna add screenshot as well but don’t know how to add picture here.

You can do that here 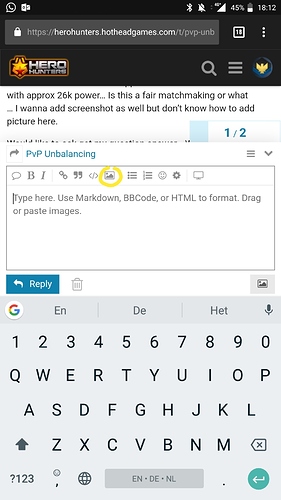 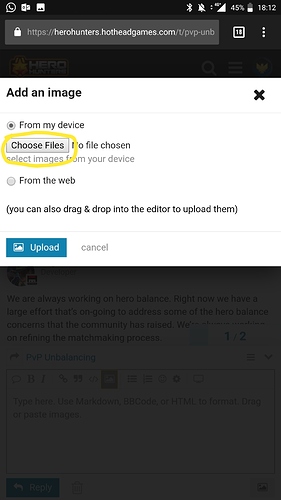 @Huginn, I really hope the devs are doing something about the balance and min/max. I can vouch with no prejudice that I get discriminated by the matchmaking system for running a balanced team !!!

No surprise all the illustrations shown are of me going up against min/max.

First 2 I get match up with team power more than mine. And basically the min/maxers have and advantage and is not penalised … 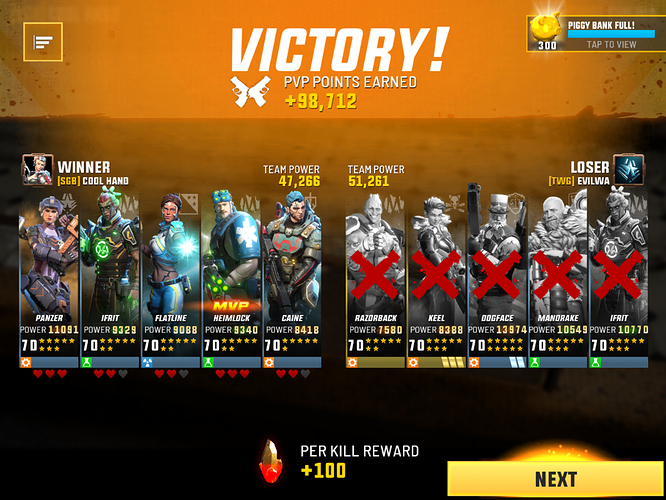 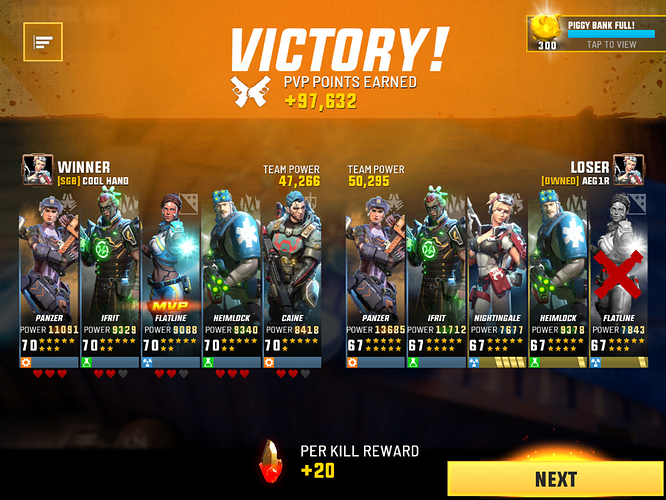 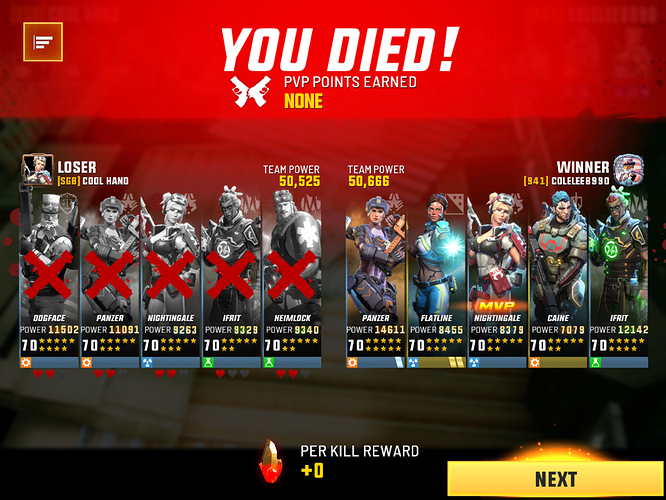 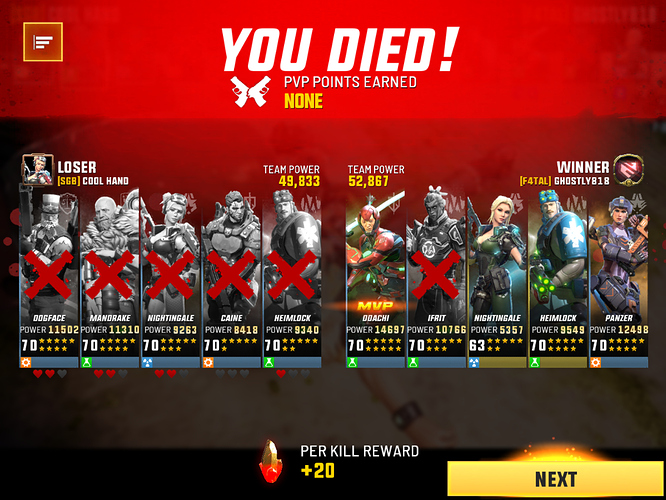 Is there a conspiracy in HHG ? 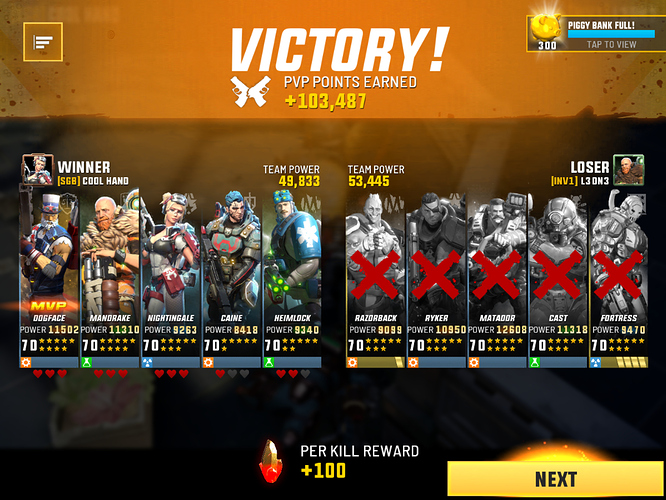 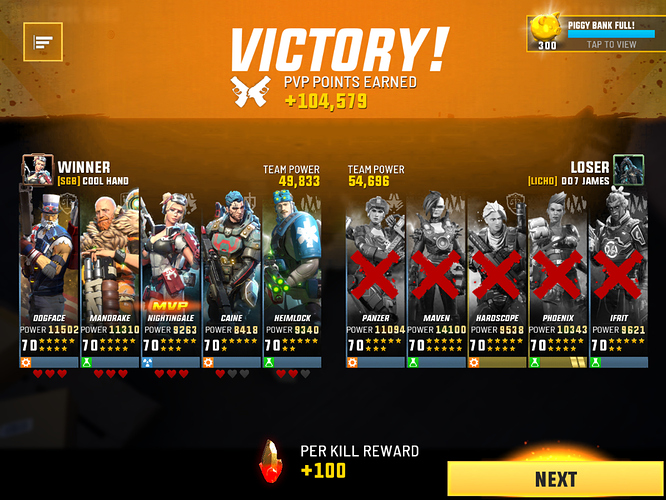 Had to share this, because you always go hard on min maxers. If you speak out so loud against them, don´t try to do it yourself. 4k power differnce in your team… 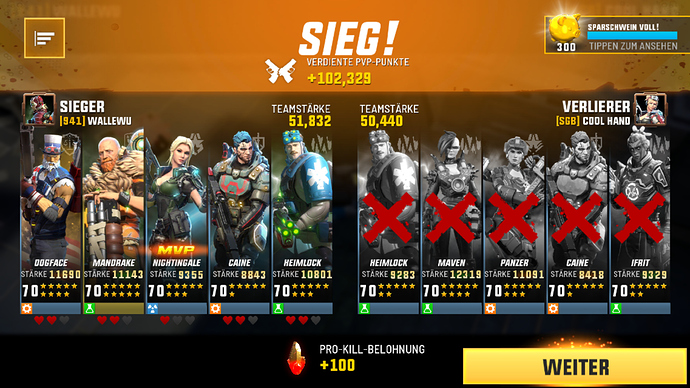 My top choice heroes had died n no intention of reviving them. If not maven would not be in the team, and others are not an option to run.

So it is okay if you have no other heroes because one died, but not if you have four Platinum and one Gold, because you just have four platinum? Or because you want to play Nightingale, whos power is just far below the other, opening a big power gap in your team?

You are clearly talking about yourself … go figure

My lineup was due to the choice and balanced heroes are dead. Other options are not viable and I don’t even bother to run them. More often I get matches that are over match than under.

To be fair you can’t know if it’s the same for all the minmaxers you posted. Their top choice heroes died, they played with what they had available.

I can understand… But we can’t perform. Well in PVP events and didn’t get the rewards too due to this bad match making… I’m uploading my screenshot. 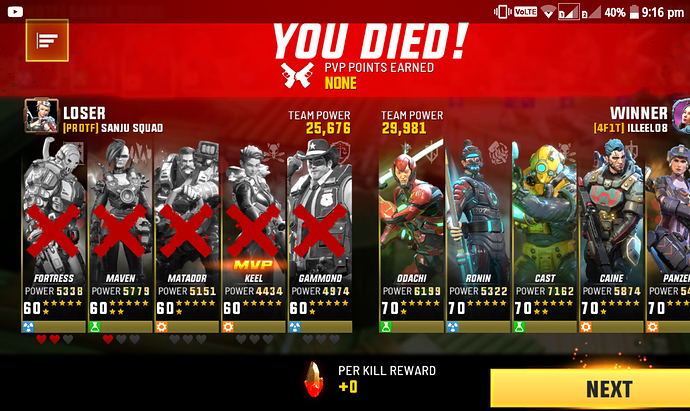 What kind of matchmaking is this devs… Will fix that issue or we shall we quit to. Play this game… 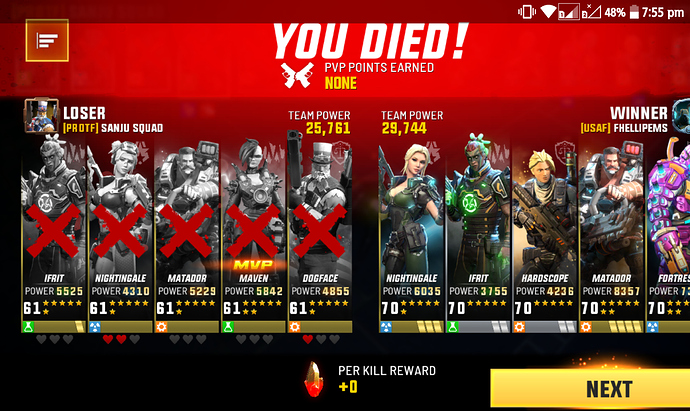 Edited. I realized I don’t wanna be in these kinds of discussions.

I am almost positive there is some hidden PVP ranking system we don’t see used to match players. Most games with a PVP element have something like this. It usually keeps track of your win/loss percentage. It would help explain why you are going against min/maxers that are also higher power than you.

You are playing with one of the best meta set ups currently. You probably win quite a few matches with it (and won in most your screenshots). Because of this it is facing you against higher and higher power level opponents (who aren’t running as optimized teams, but are min/maxing).

I have noticed that I rarely play against opponents that are the same or lower power than me. Even if they are min/maxing, they will usually be 2-4k higher power.

I don’t knowl possibly a conspiracy theory. Cuz I can swear that out of 10 matches i get 7 match that are higher power than me from 2 - 7k difference. 2 match similar power but the opponent are min/max and 1 match that I get to have more power than my opponent and is also a min/max. All the while running a balance team.

But how much do you win? I usually face higher teams than myself also, whether I am min/maxing or not. My win ratio is around 70% (don’t PVP much).

Depending on timing I PVP and who I faced against like having an OP panzer or team compositions … otherwise i fair decent against most non meta teams. It will be a Long drawn out match against meta teams of who survives longer. PVP is a drag now …

That’s what I am saying though. The players that are higher skill level or rocking the meta and winning a lot are going to face teams that are usually higher than their own. Players with lower win rates probably face opponents that are lower power level to help even things out and bring their win/loss ratio closer to 50/50.

Quite the contrary, regardless if I run a meta team. I still get faced with meta teams that are higher team power than me and often such teams are min/max … the PVP matchup is frak at best …